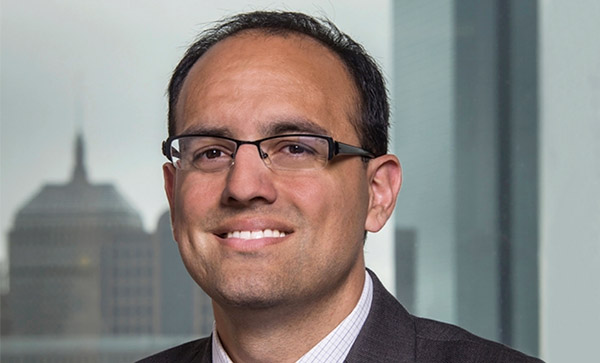 "Parag combines leading edge theory with state of the art empirical research methods to make progress on important policy questions. His research doesn't have just the potential to change lives for the better — it has already accomplished that for more than a million elementary and secondary school students."

Parag Pathak, the Jane Berkowitz Carlton and Dennis William Carlton Professor of Microeconomics at MIT, has been named by Science News as one of 10 early- and mid-career scientists with great potential to shape the future of their field. Each scientist included in the “SN10” is under 40 and was nominated by a Nobel laureate, a recently elected member of the National Academy of Sciences, or a scientist previously named to the “SN10” list.

"Parag combines leading edge theory with state of the art empirical research methods to make progress on important policy questions," writes Nancy Rose, the Kindelberger Professor of Applied Economics, and head of MIT Economics. "His research doesn't have just the potential to change lives for the better — it has already accomplished that for more than a million elementary and secondary school students.  We are excited to see where his contributions will take us next, as he works with colleagues in MIT's School Effectiveness and Inequality Initiative to ensure brighter futures for generations of students."

Nancy Shute, Editor in Chief of Science News, said “We so often cover the results of scientists’ work, but not how they did that work, or what motivates them through the long, often frustrating research process. We’re thrilled to be able to recognize the work of these outstanding scientists, and to give people a glimpse into their remarkable lives.”

Pathak is the found­ing co-director of the NBER Working Group on Market Design, and founder of MIT's School Effectiveness and Inequality Initiative (SEII), a laboratory focused on education, human capital, and the income distribution. In 2005, based on work in his PhD thesis, Boston's school committee adopted a new mechanism for student placement, citing the desire to make it easier for participants to navigate and to level the playing field for the city's families. He has also helped to design the Chicago, Denver, Newark, New Orleans, New York, and Washington DC school choice systems.

"This is an exciting time for economists who work on market design,” Pathak writes. “It's a great honor to have our work featured like this."

His work on mar­ket design and edu­ca­tion has been rec­og­nized with a Presidential Early Career Award for Scientists and Engineers and an Alfred P. Sloan Fellowship.  In 2018, the American Economic Association awarded him the John Bates Clark Medal as the best American economist under age 40.

In 2013, he was appointed as Mayor Thomas Menino's chief technical advisor for Boston's student assignment plan. Under his direction, SEII provided a formal analysis of different alternatives, which eventually led to the most significant change in Boston's school choice system since the end of court-ordered busing. In addi­tion to gen­er­at­ing aca­d­e­mic pub­li­ca­tions that study, develop, and test dif­fer­ent student assign­ment sys­tems, Pathak's research work has directly affected the lives of over one mil­lion pub­lic school students.

Pathak also studies K-12 education and urban economics. He has authored leading studies on charter schools, high school reform, selective education, vouchers, and school choice. In urban economics, he has measured the effects of foreclosures on house prices and how the housing market reacted to the end of rent control in Cambridge MA.

Grants of up to $200,000 will fund environmental partnerships over the next two years.

Doctor, doctor: Why the job market for married couples in medicine works well

New study in the growing ‘market design’ field of economics explains how a job-market algorithm helps land couples in the same locations.

Game theory, in the real world

MIT economists are trying to learn how and why some Boston charter schools were able to produce stunning results. What they discover could serve as a lesson for America’s struggling public schools.