Senior Sarah Tress tackles poverty with tools from engineering and the humanities
Tress aims to reduce hardships in developing countries. 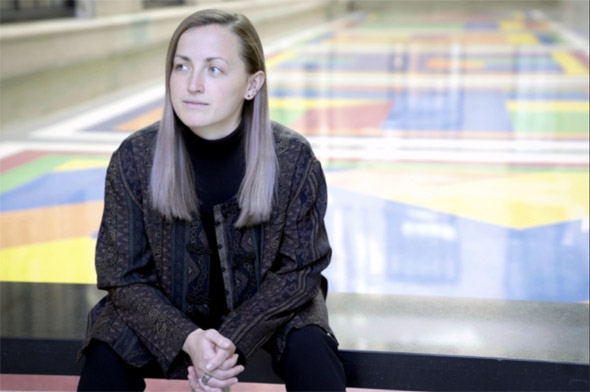 “I can't imagine being an effective engineer attempting to reduce poverty without understanding the complexity of poverty. [HASS] classes have helped me understand the world as a whole. Engineering of course is great, because it lets you do things that are really great for the world, but if you don’t understand the context that you’re putting it in, you’re … not as great of an engineer.”

When Staten Island-native Sarah Tress first arrived at MIT, she had never been outside of the United States. Now, almost four years later, she’s travelled across Asia, spending weeks at a time in India, Vietnam, and Indonesia. But the reason for all this travel hasn’t been sightseeing — she’s been working to reduce poverty, one person at a time.

Tress began her studies at MIT on a premed track. However, a MISTI internship at a hospital in a poor region of India in the summer after her first year made her feel there was a different application for her skills. Seeing homeless people living just outside the hospital’s gated entrance, and recognizing her privilege as an MIT student and a U.S. citizen, she shifted her goals.

“There are so many people trying to get so few med school spots, a lot of people would happily take my spot if I were to get in. But working to fight poverty is not nearly as popular of a career choice,” she says. In addition to her mechanical engineering major, Tress has also pursued a concentration in ethics. She is deeply engaged by questions of right and wrong, and is fascinated by the absence of easy answers. As she’s gotten more involved in reducing poverty, she’s started to take more classes in the School of Humanities, Arts and Social Sciences, and cites 24.236 (Topics in Social Theory and Practice), 14.74 (Foundations of Development Policy), and 17.317 (U.S. Social Policy) as among the most influential.

About the Rhodes Scholarship