In STS.047 (Quantifying People), students focus on the history of the quest to understand human society scientifically. 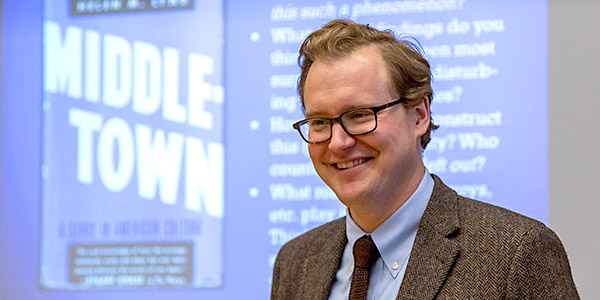 "I wanted to take a humanities course that would give me the opportunity to reflect on how society has been impacted by science in the past and how my work as an engineer might affect people in the future."

Is it appropriate to evaluate the causes of suicide but dismiss mental illness as a contributing factor? What happens when you talk about war deaths as colored wedges on a chart? Does that change the conversation in important ways?

MIT students grappled with these and similar questions this spring in STS.047, "Quantifying People," a new subject focused on the history of the quest to understand human society scientifically.

William Deringer, the Leo Marx Career Development Assistant Professor of Science, Technology, and Society, says he developed the class to enable students to explore the questions that motivate much of his own research: “Why do we invest so much trust in numbers, and what are the consequences for who we are?”

In his recent book, Calculated Values: Finance, Politics, and the Quantitative Age (Harvard University Press, 2018), Deringer examines the history of human efforts to use statistics to influence opinions and shape policy. “Many MIT students will likely be practitioners in the data field," he says, "so I want to encourage them to think about these issues."

The class has certainly gotten Jordan Browne thinking. “There’s this idea that by working with numbers people aren’t making moral judgments, but that’s a dangerous assumption,” says Browne, a senior who is majoring in mathematical economics. “This should be a required class.”

In fact, STS.047 will be one of several courses featured in a new MIT undergraduate HASS concentration focused on Computational Cultures, which "brings together perspectives from the humanities and social sciences for students to understand and improve the social, cultural, and political impact of the computing tools and digital devices that shape our lives."

STS.047 covers the history of science from the 17th century to the present as seen through the eyes of early statisticians and sociologists — people who were building new fields by attempting to understand social life through quantification.

One goal of the class, Deringer says, is to prompt students to consider the ways in which the tools we use to understand issues today can themselves reflect biases. “Thinking about old projects of quantification — the ways things look weird, wrong, or biased — helps you see how subjective elements might play out in current practice,” he says.

In the late 1850s, for example, Florence Nightingale gathered mortality data from the Crimean War and created visualizations to show that wounded soldiers were dying from disease due to poor sanitation in military hospitals. Those deaths were represented as blue wedges on a diagram, prompting Nightingale to make this impassioned plea to save lives: “Expunge the blue wedges.”

“That really struck me,” Deringer says. “There is some sort of strange transmutation that happens when you take data, turn it into something visual, then that is what you act on. That’s an interesting way of interacting with the world.”

Students discussing the work during one class session this spring wondered if Nightingale had abstracted the problem to make it seem easier to solve, although some found it odd that she had effectively dehumanized those who had died.

The students in class that day also discussed the work of 19th century French sociologist Emile Durkheim, who studied the correlation of suicide to such social circumstances as religion, marital status, and economic class. While Nightingale was using statistics in an attempt to change policy and save lives, Durkheim took an abstract approach that was less focused on solutions—and many students were unsettled by his dry assessment of the suicide data.

“They’re not just statistics, they’re people too,” says Yiran He. 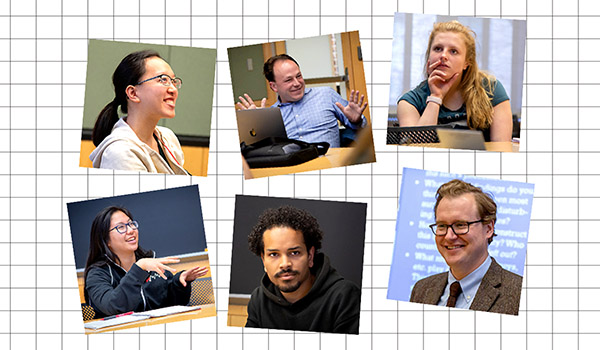 STS.047 is one of several courses featured in a new undergraduate HASS concentration focused on Computational Cultures, which "brings together perspectives from the humanities and social sciences for students to understand and improve the social, cultural, and political impact of the computing tools and digital devices that shape our lives."

A junior in the Department of Materials Science and Engineering, He says she signed up for STS.047 to gain insight into today’s data-driven society. “Numbers rule everything I see in the rest of my life: measurements and results in academia in science and engineering, statistics in politics and policy decisions, models in economic decisions, and everything between and beyond,” she says. “I felt it was important to understand the origins of the statistics we use.”

For example, students in STS.047 learned that many tools in use today — including regression analysis—were developed through eugenics research. “These tools that every student here uses have this really insidious beginning,” Browne says.

This supports a point Deringer makes right in the syllabus for STS.047. “Social science and quantitative methods have a complicated history. There is much to celebrate and also much to criticize.”

This complex interplay of science and society is precisely what attracted Rhea Lin to the subject. “I wanted to take a humanities course that would give me the opportunity to reflect on how society has been impacted by science in the past and how my work as an engineer might affect people in the future,” says Lin, a senior majoring in electrical engineering and computer science.

“From this class, I have learned that technology and science are not always the answer to our problems. We've studied social scientists who have thrown statistics and theories at society in questionable ways, and I think it's important to remember that science is not effective if not used correctly,” Lin says.

Roundtable podcast with William Deringer on the history of quantification