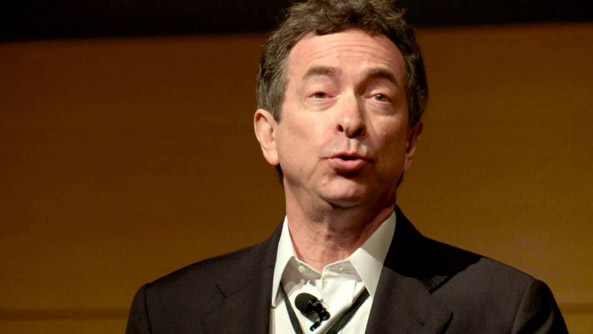 “There’s a lot of research now that is demonstrating that if you want to teach, simulate, or train, if you’re capable of using some of these tools, you’ll have a much higher success ratio than standard methodology that’s been developed during the Industrial Revolution. We have a whole 21st century to bring students into.”

In the mid-1980s, an electrical engineer and avid sports fan named Ed Fletcher approached his boss with a simple question: The communications consultancy firm Fletcher worked for had just acquired a Commodore Amiga computer. Could he use it to build a football-themed video game? Christopher Weaver SM ’85, the company’s founder and president, had a background in physics, mechanical engineering, and computer science but had spent most of his professional life in broadcast television. He had never played a sports video game before, but he agreed, and months later saw Fletcher’s work.

“It was really very boring. He put in the same inputs and got the same outputs,” Weaver explains. “I said, look, let’s build a physics engine bounded by the rules of football and see what it looks like. It will be a hell of a lot more dynamic.”

The result was Gridiron!, the first sports game to incorporate real physics into gameplay. While the game’s graphics were primitive, Gridiron!’s pixelated players were modeled off of statistics from real-life football stars, giving players different masses and accelerations. Players with larger masses could block and break tackles, but speedier players could beeline to the end zone, adding a never-before-seen layer of reality-based strategy to sports simulators. Weaver formed Bethesda Softworks, released Gridiron! as the company’s first title in 1986, and watched as the game captured attention from football and video game fans as well as Electronic Arts, then a goliath game company that hired Weaver’s team and used Gridiron!’s engine as the basis for the original Madden game series. Suddenly, Weaver was a game pioneer entirely by accident.

“Sometimes not having a lot of knowledge about an area can be a good very useful thing,” he says. “It forces you to look at it with untutored or naive eyes.”