The influential MIT philosopher was among the most significant moral philosophers of our time, and "the atomic ice-breaker for women in philosophy.” 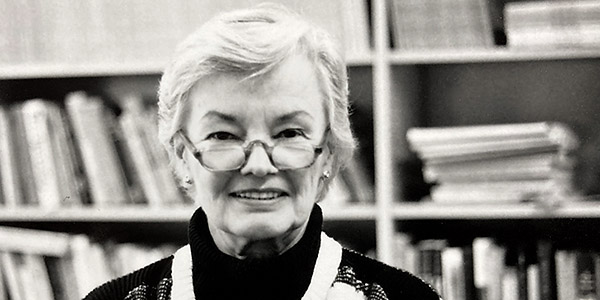 "Most philosophers are 'wedded to some philosophical program' or become prey to a 'professional incentive for consistency. But the idea that Judy might change her mind was completely unexceptional, not noteworthy at all, because she was so intellectually honest and would follow the argument wherever it led.'" — Alex Byrne, Head, MIT Department of Linguistics and Philosophy, in The New York Times


Professor Emerita Judith Jarvis Thomson, a philosopher of morality and metaphysics, died on November 20 at her home in Cambridge, Massachusetts. She was 91. Thomson transformed the philosophical discussion of abortion with her 1971 article “A defense of abortion” and devised the standard form of the “trolley problem.” Thomson was a faculty member at MIT for 40 years, retiring in 2004. She remained active in philosophy at MIT, writing articles and advising graduate students, until her death.

In 2012 Thomson was awarded the American Philosophical Association’s prestigious Quinn Prize for her “service to philosophy and philosophers.” The then-chair of the MIT Philosophy Section, Richard Holton, said that “she has had an enormous influence on fellow faculty and on generations of graduate students who now populate the philosophy departments of the English-speaking world. Few of us ever meet Judy’s standards,” he continued, “but, insofar as we do, it is often thanks to the mere thought of what Judy would say.”

Thomson’s colleague Sally Haslanger, Ford Professor of Philosophy at MIT, noted that “she entered the field when only a tiny number of women even considered pursuing a career in philosophy and proved beyond doubt that a woman could meet the highest standards of philosophical excellence… She is the atomic ice-breaker for women in philosophy.”

Most of Thomson’s work was in moral philosophy and metaphysics, and often drew connections between these two areas, but she also made contributions to the philosophy of action, the philosophy of mind, the philosophy of science, and the philosophy of language. She published six highly regarded books, including The Realm of Rights (1990), and Goodness and Advice (2001), but what shot her to prominence early on was her 1971 article on abortion, which has been anthologized numerous times and remains a staple of any course in applied ethics.

In a characteristically ingenious thought experiment, she imagines that you have been kidnapped by the Society of Music Lovers, who have plugged a violinist with failing kidneys into your circulatory system; it is the only way of saving the violinist’s life. The violinist is a person, and has a right to life; nevertheless, Thomson says, it is morally permissible for you to unplug the violinist. “The right to life,” she concludes, “will not serve the opponents of abortion in the very simple and clear way in which they seem to have thought it would.”

Another landmark essay was “The Trolley Problem,” which appeared in the Yale Law Journal in 1985, a sequel to her 1976 essay "Killing, Letting Die, and the Trolley Problem." Thomson made two crucial amendments to a thought experiment devised by the philosopher Phillipa Foot: the driver of a runaway trolley whose brakes have failed is faced with the choice of whether to turn the trolley onto a side-track, in which case it will hit and kill one worker, or not turn, in which case it will kill five workers on the track straight ahead.

It seems that a bystander may throw the switch, but not push the fat man, but why? Both cases involve a choice between killing one and letting five die. Thomson’s examples have generated a vast “trolleyology” literature, spanning disciplines including psychology and neuroscience.

"Her writing was always extremely clear — and often extremely charming. In an essay on complex metaphysical issues...she illustrates the metaphysical complexities with an example about knitting someone a sweater. It’s been a decade since that project ended, but the example has always stuck in my memory."  — Ben Burgis, Jacobin

After receiving a BA in philosophy from Barnard College in New York in 1950, Thomson (then Judith Jarvis) went to Newnham College at Cambridge University on a Fulbright Scholarship. The work of the Austrian philosopher Ludwig Wittgenstein, who had been a professor at Cambridge until resigning in 1947, had an enormous influence on students there. This was the heyday of so-called “ordinary language” philosophy; philosophical problems were said by Wittgenstein to arise from “the bewitchment of our intelligence by means of language.”

Accordingly, philosophical problems were to be solved — or rather dissolved — by paying careful attention to the use of words. Thomson was especially impressed by John Wisdom, a follower of Wittgenstein and Thomson’s Cambridge supervisor. His papers, she wrote, “are often witty, and they are rich in clever examples” — a characterization that fits Thomson’s own work perfectly. She later came to reject completely Wittgenstein’s view of philosophy, but she retained the idea that philosophers should take careful note of our ordinary ways of speaking and thinking.

Years later, Thomson recounted that after not doing well on her final exams, “I concluded that I wasn’t really any good at philosophy.” With her 1952 Cambridge B.A. (second class honors), she was back in New York, writing copy for Fleischmann’s Dry Yeast at the advertising agency J. Walter Thompson. But a daytime class in the history of philosophy at Columbia revived her enthusiasm for the subject, and she started the Ph.D. program there, graduating in 1959. During her graduate studies she taught at Barnard College, staying on to become an assistant professor there from 1960 to 1962.

In 1962 Thomson left with her husband, the British philosopher James Thomson, to spend a year in Oxford. James Thomson was appointed as a professor of philosophy at MIT in 1963, and the couple then moved to Boston. Judith Thomson's own employment was an issue: MIT had a “nepotism rule,” and a friend and member of the Harvard Philosophy Department told her that his department would not allow women to teach Harvard undergraduates, even as teaching assistants. Boston University was more accommodating; she spent a year there, and when “MIT discovered that what it had described to us as a nepotism rule was really only a nepotism policy,” she joined the Institute as an associate professor in 1964. Thomson was promoted to full professor in 1969. Judith and James Thomson separated in 1976, and were divorced in 1980, but contined as colleagues until James Thomson's death in 1984.

The first MIT philosophy Ph.D. was awarded in 1966, the Philosophy Section became a separate department in 1971, and the Department of Linguistics and Philosophy was formed in 1977. From the beginning, Thomson taught, mentored, and supervised generations of graduate students, with her low tolerance for sloppiness and unclarity becoming part of the intellectual fabric of the department. 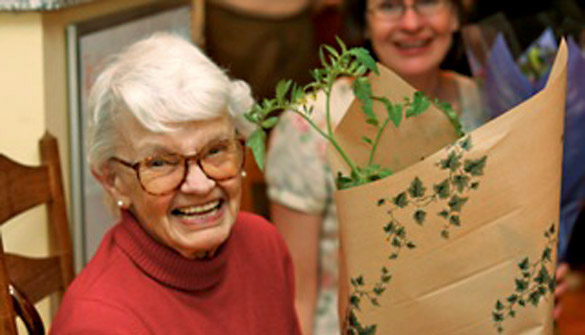 “She has had an enormous influence on fellow faculty and on generations of graduate students who now populate the philosophy departments of the English-speaking world. Few of us ever meet Judy’s standards, but, insofar as we do, it is often thanks to the mere thought of what Judy would say.” — Richard Holton, former Head, MIT Philosophy

Thomson’s uncompromising style of graduate advising was legendary. Ólafur Páll Jónsson, professor of philosophy at the University of Iceland, was supervised by Thomson, receiving his Ph.D. in 2001. All of Thomson’s students will recognize their own experience in his description:

I remember going to Judy’s office to discuss a paper I had written for her class early in my first term at MIT. She had a rather big office with a large round table. When I came in, she offered me a seat at the table which was too large for two people to sit across from each other so she would sit down beside me. She sorted through a pile of papers on the table, found mine, and handed it to me. On the first page, next to the first paragraph, she had written, in big letters, along the edge of the page: “Badly written.”

I was shocked to see this. Whatever my philosophical abilities, I thought of myself as a good writer and there I had it, right to my face, without any filter: “Badly written.” And then she would say: “Ólafur, this is very badly written,” as if the notes on the page were not clear enough. Then she explained to me what was so bad about my writing and she was absolutely right. The text was very badly written. Next time I handed in a paper, I tried to do a better job.

Sometimes she liked what I wrote, I would even get a “Superb!” once or twice, but I would also get the thick black horizontal line and the comment: “I don’t understand anything that is below this line”. The horizontal line was something we, the philosophy students at MIT, knew either by direct acquaintance or by description: most of us who wrote papers for Judy got it at one point or another, some even on the first page of a paper.

Thomson worked to support the philosophy profession in the United States and academia more broadly. She served as the president of the American Philosophical Association’s Eastern Division in 1992-93, and chair of the APA’s Board of Officers in 2002-05. She was heavily involved in policy about academic freedom for the American Association of University Professors.

Thomson was elected to the American Academy of Arts & Sciences in 1989, elected as a Corresponding Fellow of the British Academy in 2016, and held the Laurance S. Rockefeller Chair at MIT from 1991-96. A Festschrift, Fact and Value: Essays on Ethics and Metaphysics for Judith Jarvis Thomson, was published in 2001. Her many invited lectures include the Tanner Lectures at Princeton University in 1999 and the APA’s Carus Lectures in 2003. She was a visitor at the Australian National University, the University of Pittsburgh, Berkeley Law School, Yale Law School, UCLA and lastly at Princeton in 2010. That year a conference was held at MIT to mark the publication of Normativity, a book based on her Carus Lectures. She received an honorary degree from Cambridge University in 2015, and an honorary degree from Harvard the following year.

Judith Jarvis Thomson is survived by nieces and nephews, Pamela Jarvis, Peter Jarvis, Nedra Hecker, and Alexander Foster. She was buried on December 2 alongside James Thomson in Mount Auburn Cemetery, in Cambridge, Massachusetts. 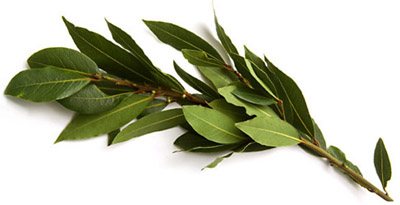 "A Defense of Abortion" | About

"The Trolley Problem" | About

The Realm of Rights

Goodness and Advice: The Tanner Lectures on Human Values
Delivered by Judith Jarvis Thomson, March 24 and 25, 1999

"The Philosophers Brief"
Amicus curiae for the Supreme Court

Metafilter
"She was a philosophical giant... She left the field better than she found it."

The New York Times
Judith Jarvis Thomson "wrote some of the most influential papers in contemporary American philosophy and prompted debates about urgent moral concerns in everyday life."

Daily Nous
"I don’t have time to talk about her warmth and generosity as a mentor to a young woman about to enter in the mid-1970s into the male-dominated world of philosophy. I will say that when I confided in her my worries about balancing graduate study in philosophy with my relationship with my MIT boyfriend, who was spending that year studying cosmic rays in Antarctica, she pronounced Antarctica an excellent place for a boyfriend to be.

Jacobin
"Judith Jarvis Thomson was one of the most important philosophers of the twentieth century. Her justly famous essay in defense of abortion rights is a model for how to combine philosophical rigor with political engagement in the real world."