Research predicts a wave of “lost votes” this fall, further complicating the election

New study by MIT election expert Charles Stewart III shows that mail-in-voting has a higher rate of "lost" or uncounted votes than voting in person. 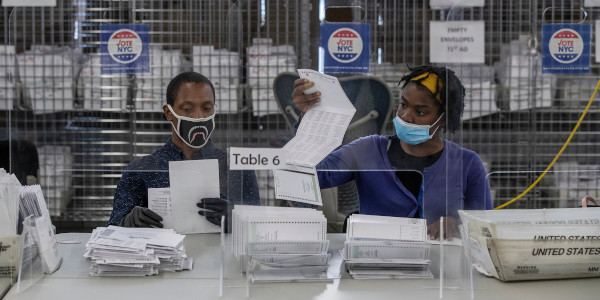 Research and Perspectives for the Pandemic
Main Page | Election 2020

"A new paper by an MIT elections expert predicts that the outcome of this year’s presidential election — and the problem known as the “lost vote,” in which legitimate ballots go uncounted — could fuel postelection allegations of a rigged election. The paper, by Charles Stewart III, highlights how Mr. Trump’s claims about problems with mail balloting could drag on long after November if the election is close.

"A 'lost vote' occurs when a voter does everything necessary to vote but, thanks to administrative errors, the vote isn’t counted in the final tally, according to Mr. Stewart, a professor of political science. In Georgia’s June primaries, for example, ballot scanners did not count mail ballots when voters used check marks instead of filling in the ovals.

"In the paper, released this week, Mr. Stewart concludes that, for a variety of reasons, while lost votes are rare, they occur more frequently when mail-in ballots are used."

Fair Elections During a Crisis