Cited for work building the foundations of “natural experiments” in economic research, Angrist shares the Sveriges Riksbank Prize in Economic Sciences in Memory of Alfred Nobel with with David Card and Guido Imbens. 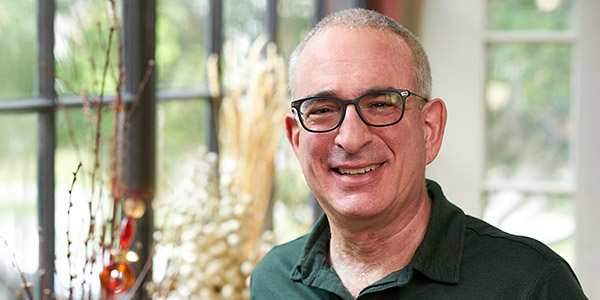 "Over the past three decades Angrist and Imbens have substantially altered the course of the economics profession. They have changed how economists think about causality, shifted the focus of applied research to pay more and more careful attention to causal effects, and changed the practice of econometrics.”

MIT labor economist Joshua D. Angrist, whose influential work has enhanced rigorous empirical research in economics, has been named a winner of the 2021 Sveriges Riksbank Prize in Economic Sciences in Memory of Alfred Nobel. Angrist shares half the award with Guido Imbens of the Stanford Graduate School of Business; the other half goes to David Card of the University of California at Berkeley. All three scholars have long collaborated to upgrade empirical research in the field.

“I’m overwhelmed,” Angrist told MIT News after being notified about the award this morning. “Everybody lucky enough to win the Nobel Prize is gratified and honored. I’m especially lucky to be sharing this honor with David Card and Guido Imbens.”

Angrist was cited for his work establishing new methods of conducting “natural experiments” in economics — studies using data in which otherwise similar groups of people are separated by crucial variables, allowing researchers to better understand cause and effect in complex social situations.

Nobel Foundation: Announcement of the 2021 Nobel Prize in Economic Sciences

Nobel Foundation: About the 2021 Nobel Prize in Economics Sciences

Coverage in The New York Times