For the pandemic, MIT History opens a course to the public via a free, live webinar format. 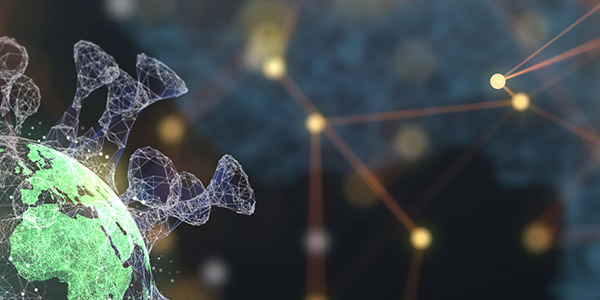 In the spring of 2020, as people all over the world confronted the daily reality of living through the Covid-19 pandemic, many wondered how previous generations of humans navigated similar crises. At MIT, an interdisciplinary team of humanistic faculty decided to explore this question in a course that broke ground as a live, free MIT class, held in an open public webinar format so that anyone who wanted to attend could do so, from anywhere in the world.

As the course began, hundreds of people from around the world responded to the opportunity and joined students in 21H.000, the "History of Now: Plagues and Pandemics edition." In hour-long, weekly sessions, they heard experts explain the origins and ramifications of a wide range of devastating pandemics — from the Black Death, which killed as many as 200 million people during the Middle Ages, to the 1918 flu epidemic, which had a death toll of roughly 50 million people, as well as many lesser-known plagues.

Live, in real time, around the world

“This was a live MIT class happening in real time that was open to an external audience,” says Malick Ghachem, an associate professor of history who created and taught the First-Year Discovery subject in concert with two of his History section colleagues — associate professor Sana Aiyar and professor Elizabeth Wood — as well as two faculty from the Program in Science, Technology, and Society — professor Kate Brown and associate professor Dwai Banerjee.

MIT's "History of Now," a recent course concept that had run once before, enables students to take a deep dive into topics in the current headlines, exploring them with the additional context of historical perspectives. In the first iteration of the course, MIT history professors rotated in to give students a presentation connecting present day issues to their area of research and expertise. Ghachem, for example, engaged the students in a comparison of impeachment in the 18th century and today. 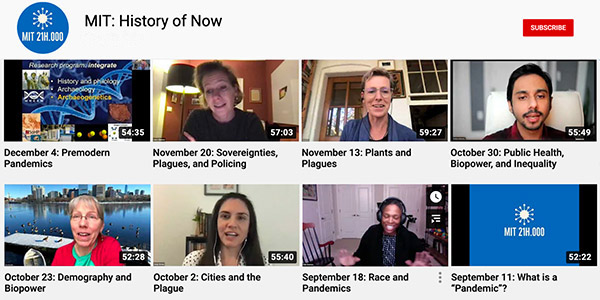 The "History of Now: Plagues and Pandemic" webinars are now available to watch on YouTube.

For the pandemic edition, the "History of Now" course format changed abruptly — because of the pandemic — from an in-person classroom experience to a webinar series. The new format greatly expanded the scope of expertise that was available to students, Ghachem says. Guest speakers included faculty members from Columbia, Georgetown, and the University of Cambridge in the United Kingdom, for example, with expertise in fields ranging from microbial biology to economics, anthropology, and medicine. Weekly discussion topics included “Public Health, Biopower, and Inequality,” “Immigration and Contagion,” "Race and Pandemics," and “Sovereignties, Plagues, and Policing.”

“These were eye-opening sessions with people who have studied these issues in great detail. Covid-19 was something they could put in very deep context,” Ghachem says.

Explorations from public health to immigration to biopower

Sagnik Anupam ’24 says he particularly enjoyed the talk by Kathryn Olivarius, an assistant professor of history at Stanford University who described how disease status has historically been used as a dividing line in society, conferring privilege on those considered immune (due to prior disease exposure, for example). “I found Professor Olivarius’s comments on the weaponization of immunoprivilege the most interesting aspect of the course,” he says. “She highlighted how in New Orleans in the 19th century, yellow fever was weaponized to extend both economic as well as racial divides.”

Charvi Sharma ’24 says the class “opened her eyes” to the broad range of factors that determine the course of a pandemic. “For example, when thinking about when a pandemic 'ends,' we can’t only look at the number of cases of disease,” she says. “While this is an indicative factor of the decline of a pandemic, there are many other social, cultural, and economic implications that can’t be ignored. By discussing past plagues and pandemics, we were able to uncover a great deal about the present Covid-19 pandemic.”

Helen Wang '21, was especially interested in Professor Cindy Ermus' comment "that living through a pandemic had provided her invaluable insight on those in the past who also experienced life during a pandemic. I found this concept fascinating," says Wang. "Until hearing this remark, I believed that the study of history was intended to shed light on present conditions, rather than enlightenment happening in the other direction. This course was a steady reminder of the role that history plays in informing our lives as well as the active role we play in interpreting it." 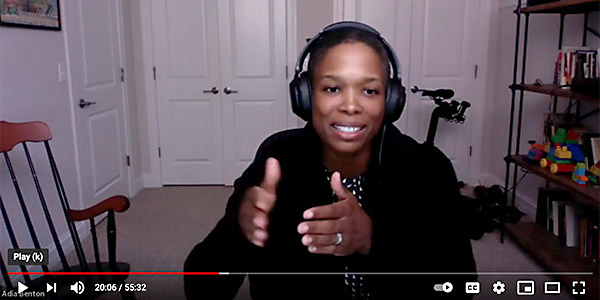 MIT professor of history Elizabeth Wood notes that webinar courses like 'The History of Now' that "invite the public to think together about the public good are a way for universities to contribute to engaged citizenship."

The hunger for historical knowledge

Faculty members note that there were some drawbacks to the novel webinar format. For example, since the instructors could not interact with students during the one-hour class sessions, they set up extra time to discuss the materials with the enrolled MIT students. “While virtual learning environments open up possibilities for international collaborative pedagogy, they also present their own challenges,” Banerjee says. “The feeling of Zoom fatigue, an outcome of the loss of social connectivity during this crisis, continues to push us to imagine new ways of learning.”

That said, since MIT’s First-Year Discovery classes are one-credit classes with intentionally light loads, the faculty felt comfortable opening "History of Now" up to other learners. “People have a hunger for historical knowledge. If people have this hunger and we can satisfy it, why not?” Ghachem says, comparing the class to some of the educational offerings of other schools, such as the Executive Education arm of the MIT Sloan School of Management, which offers training and certificate programs. “In a way this was an experiment in a kind of MIT-SHASS extension school.”

While also similar in some ways to the free MIT courses offered to the pubilc via the MITx and edX platforms, the "History of Now" experimental webinar course was live, rather than video-taped, and thus far more economical to produce. 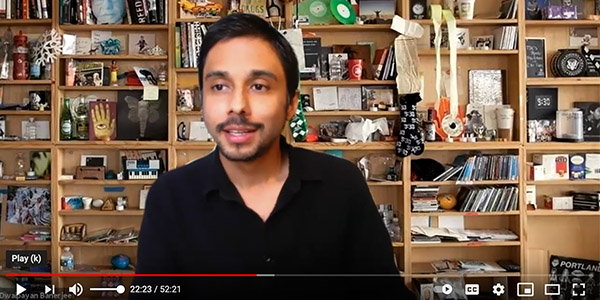 Dwai Banerjee, Associate Professor of STS, MIT; History of Now: What is a Pandemic?; Watch on YouTube

“One major issue when you don’t live near a large metropolitan area is getting access to libraries, educators, and learning experiences," says Kate Brown, MIT professor of science, technology, and society. "We have learned in the pandemic that such barriers no longer need exist.”

A contribution to engaged citizenship

Faculty members are now discussing what "The History of Now" will look like in Fall 2021. They are considering a new, six-unit, half-semester version of the course — and they continue to think about ways to fine-tune the format of a webinar course so it could simultaneously expand public access to knowledge and provide enrolled MIT students with ample, meaningful engagement with instructors.

Ghachem notes that “One thing this course taught us is that there are a lot of people out there who, if they could sit in on an MIT class, they would." Wood agrees, observing that webinar courses like "History of Now" that invite the public to think together about the public good "are one way for universities to contribute to engaged citizenship."

Brown says the experiment gave her a new appreciation of the value of online education. “I would love to see such a course directed at high school students aspiring to attend an institution such as MIT,” she says. “One major issue when you don’t live near a large metropolitan area is getting access to libraries, educators, and learning experiences. We have learned in the pandemic that such barriers no longer need exist. We can reach far more people than before. That’s an exciting horizon.”

History of Now: Pandemic Edition | All Class Webinars on YouTube