A Sampler of MIT Research on U.S. Democracy

A distilled selection of research and media commentaries from the past year on the state of U.S. democracy, from scholars in MIT's humanities and social science fields. What can leaders and We, the People do to sustain our democracy? 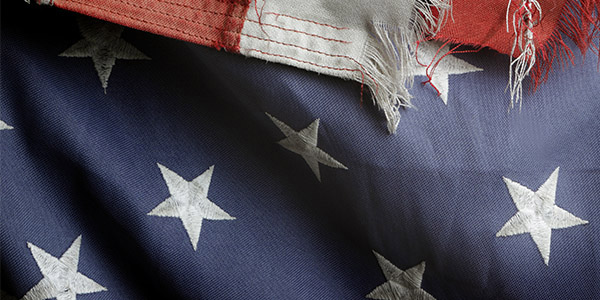 For a larger collection browse the 21st Century Democracy websection.

ANALYSIS OF THE 2020 ELECTION 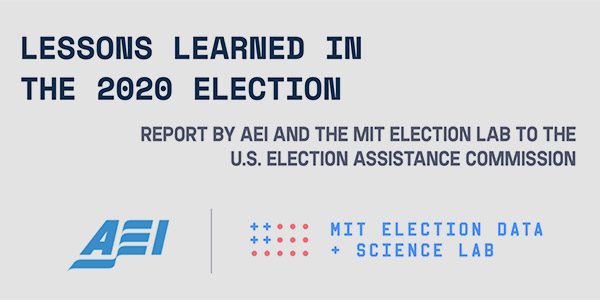 REPORT
The Miracle and the Tragedy of the 2020 Election | Charles Stewart III, Nate Persily
In this analysis, two of the Nation's leading election administration experts discuss: how, during a pandemic, U.S. election administrators organized the most secure election in American history; the "big lie" that catalyzed violence at the Capitol; and current threats to U.S. voting rights and democracy.
Report and Research 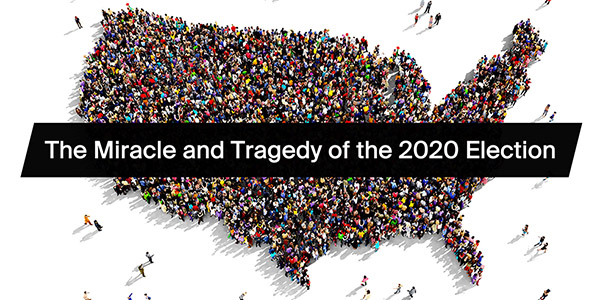 REPORT
The Virus and the Vote
A report on the historic work of the Healthy Elections Project. "To address the unprecedented threat that the Covid-19 pandemic posed to the 2020 elections, the Stanford-MIT Healthy Election Project brought together academics and election administration experts from across the country to assess and promote best practices to enable the election to proceed with integrity, safety, and equal access. The project was led Charles Stewart III, Kenan Sahin Distinguished Professor of Political Science at MIT, and Nathaniel Persily, McClatchy Professor of Law at Stanford.
Browse the report | Healthy Elections Project | MIT Election Lab 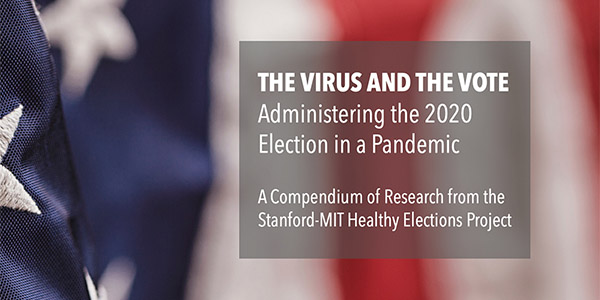 REPORT
2020 Survey of the Performance of American Elections (SPAE)
The SPAE is the only public opinion project in the country dedicated explicitly to understanding how voters themselves experience the election process. In doing so, it provides a comprehensive, nationwide dataset at the state level documenting election issues as experienced by voters.
About | PDF of the Report

THE GUARDIAN
Fight to Vote: Election data reveals the 2020 election was a remarkable success
Charles Stewart, Distinguished Kenan Sahin Professor of Political Science at MIT and an election administration expert, says: “There was great concern about new people not following instructions and having a lot of rejections." But despite the fact that there were double the number of absentee ballots this year, “the percentage of absentee ballots rejected was about what it was in the past.”
Story at The Guardian 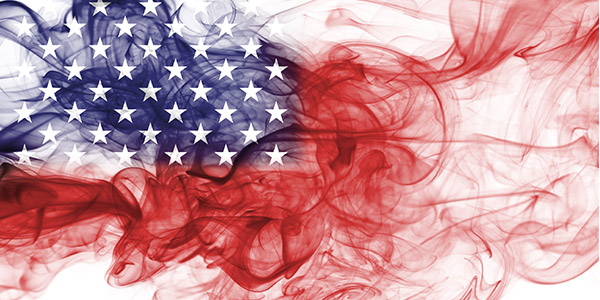 VOX
There are two kinds of attacks on democracy | Charles Stewart III
Although not every provision of the current round of voter suppression bills can be overcome — either by vigilant voters or by smart campaigns — MIT political scientist Stewart observes that "There is very little that politicians can do to alter election administration in such a way that it would have a permanent, obvious effect on turnout or the composition of the electorate... [T]he most important factor influencing turnout, both its level and composition, are the efforts by the campaigns to turn out voters.”
Story at Vox

MSNBC / THE RACHEL MADDOW SHOW
GOP war on elections threatens civilian stewards of democracy | Charles Stewart III
Stewart talks with Rachel Maddow about the damage being done to the U.S. democratic process by Republicans pushing Donald Trump's Big Lie and targeting America's dedicated election workers in the process. Stewart reiterates that the 2020 election was the most secure in American history and that the level of voting fraud in U.S. elections is infinitesimal.
Conversation at MSNBC  | MIT Election Data and Science Lab 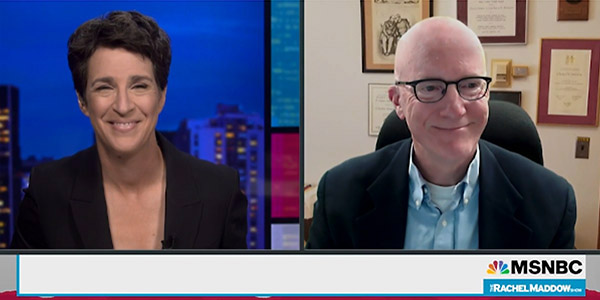 VOX
The new Republican war on voting rights | Charles Stewart III
Though states may try to change the rules to discourage methods of voting that members of one party favored in the past, Stewart argues that “the most important factor influencing turnout, both its level and composition, are the efforts by the campaigns to turn out voters.”
Story at Vox

STARR FORUM | MIT Center for International Studies
Is democracy dying?
Scholars and writers tackle a pressing question at an MIT forum. Speakers included Melissa Nobles, Daron Acemoglu, Maria Ramirez, and Yascha Mounk. Acemoglu emphasized that democracy cannot be protected through anything other than ongoing citizen mobilization. Even the checks and balances of the U.S. Constitution, he said, are not especially powerful. “They are not strong, and they weren’t designed to protect democracy,” Acemoglu said. “The only thing that can save democracy is society itself.”
Story |  Watch Video

STARR FORUM | MIT Center for International Studies
Are Democracies On the Rocks?
Leading experts discuss the fate of democracy in the United States and around the world.
Watch Video

STARR Forum | Center for International Studies
Racism, Violence, and Democracy
A panel discussion on far right extremism in politics, within the U.S. and internationally.
Watch Video 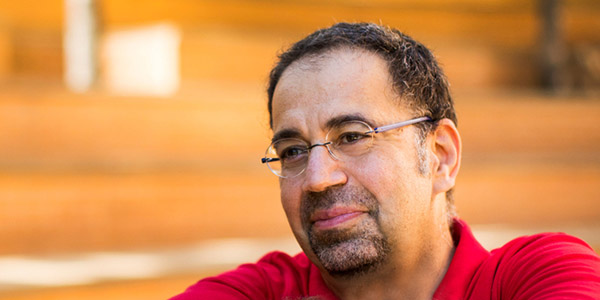 MSNBC
California recall was a testing ground for lies about "election fraud"
The incidence of election/voting fraud in the U.S. is infinitesimal. In the last 20 years, about 250 million votes have been cast through mail-in-ballots across the United States. Of that number, Amber McReynolds, CEO of the National Vote at Home Institute, and Charles Stewart, director of the MIT Election Data and Science Lab, estimate the fraud rate at “0.00006 percent of total votes cast.”
Story at MSNBC

THE ATLANTIC
Republicans’ phony argument for election audits | Charles Stewart III
“The most charitable thing I can say is that people who are claiming that the ‘audit’ will increase confidence don’t know what it takes to increase confidence,” Stewart wrote.
Story at The Atlantic

BLOOMBERG
Why Republicans are still skeptical that Trump lost. He did. | Stewart, Clark
A new paper by MIT political scientists Jesse T. Clark and Charles Stewart III drills down into data on the topic and turns up some remarkable findings about voter confidence in the wake of the 2020 election. In particular, although the gap between the two sides' belief that the contest was fair is by far the largest on record, the explanation may not be what one expects.
Story at Bloomberg

MIT
Historian Malick Ghachem delivers remarks on a divided moment.
"Every large-scale change is the product of many small changes...Making an impact almost always involves working in teams. Teamwork means looking for the particular gifts that different individuals bring to the table. It also means learning to rely on others when your own energy and availability begin to fade....How to figure out the right mix of compassion and confrontation that will move others to level the playing field before the next crisis hits is a difficult balancing act, especially so for people of color....A social movement...almost certainly needs something like a business continuity plan."
Commentary  |  Malick Ghachem

"Every large-scale change is the product of many small changes...A social movement almost certainly needs something like a business continuity plan."

THE WALL STREET JOURNAL
Investors assumed democracy would endure | Daron Acemoglu
Enacting policies, which requires some degree of bipartisanship and agreement on facts, will grow harder “if polarization continues in this country,” said Acemoglu.
Story at The Wall Street Journal

SECURITY STUDIES PROGRAM
Emotions and Backlash in US Society and Politics | Roger Petersen
In this article, Petersen, the Arthur and Ruth Sloan Professor of Political Science at MIT, "defines and unpacks the complex emotion of indignation, an emotion that sets off a dynamic process leading to mutual contempt between political groups. The article shows how indignation and its dynamic processes have helped unleash backlash politics in the United States. Published in The British Journal of Politics and International Relations.
Research Article

WHAT MUST THE U.S. DO TO SUSTAIN ITS DEMOCRACY? 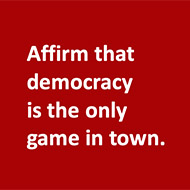 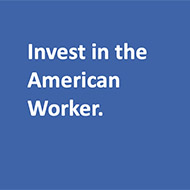 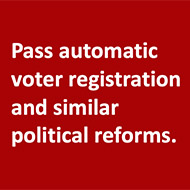 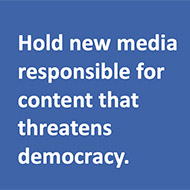 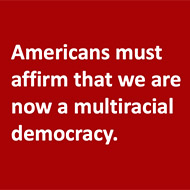 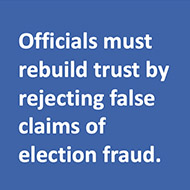 "Americans must collectively affirm that democracy is 'the only game in town,' and that we are now a multiracial democracy.”

MIT NEWS
What must the U.S. do to sustain its democracy?
The events of January 6, 2021 and the aftermath have been tumultuous for U.S. democracy, in ways that are both novel and yet also connected to conflicts seen throughout the country’s past. Historian Christopher Capozzola, along with political scientists Melissa Nobles, Charles Stewart, Ariel White, Devin Caughey, Andrea Campbell, and Adam Berinsky share their expertise and insights in response to a question from MIT Institute Writer Peter Dizikes about what the U.S. needs to do to protect and strengthen democracy.
Browse all commentaries

Now is the time to prepare for the next election emergency | Charles Stewart III
"Election officials face challenges every year: bomb scares, no-show poll workers, blizzards, power outages, hurricanes and more, usually regional in scope. In 2020, they faced and met a true national threat to a presidential election. Now is the time to focus on what they learned  — and to prepare for the next crisis before it arrives."
Story at The Hill

SHASS COMMUNICATIONS
Administering U.S. elections in a hyper-partisan era | Charles Stewart III
"The 2020 election showed the resilience of the fact-based part of the election administration system — election administrators, judges, and research institutions (including universities) — that have stood for the rule of law in the face of illiberal attacks on election administration. Opponents of fair elections recognize this and have attacked all parts of this fact-based bulwark." What can Americans do now to protect our democracy?
Story by MIT SHASS Communications | Related: Lessons Learned from the 2020 Election

The work of election administrators "supports the U.S. Constitution, which forms the basis of the rule of law in this country... Every citizen, regardless of political affiliation, should want to make sure these defenders of democracy are comfortable performing their legal obligations and administering safe, secure, transparent elections." 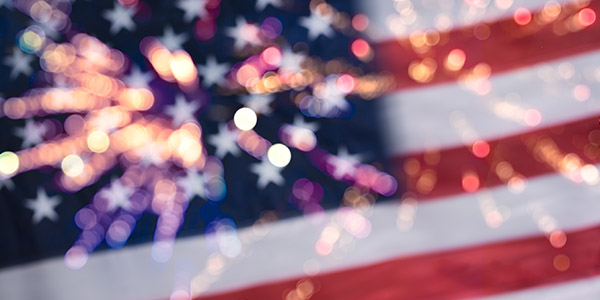 NIEMAN LAB
Time to change how the media reports on protests | Kendra Pierre-Louis SM'16
In an important commentary for democracy, acclaimed journalist Pierre-Louis describes why US media needs to change the way it reports on protests — and offers expert ideas on how to do so. She writes: "A 2010 study that analyzed 40 years of protest coverage...found that [major papers] depicted protests — even peaceful ones — as nuisances rather than as necessary functions of democracy. Why does this matter? The role of protest is to publicize grievances from people who typically exist outside of traditional power structures. It’s why freedom of assembly is written into the Constitution, along with freedom of the press. And the role of journalism is to hold powerful people and institutions accountable to the broader public. But that’s not possible if the way we report on protests is biased from the start."
Commentary | Pierre-Louis Website

UNDARK MAGAZINE, KNIGHT SCIENCE JOURNALISM
Countering disinformation in the public square
The goal of many disinformation campaigns is to create a fog of competing facts so that people give up and think: “Who’s to say what’s true or false?” To counter such campaigns, experts recommend testing information sources with distilled versions of fact-checker strategies, including this four moves approach.
Story at Undark 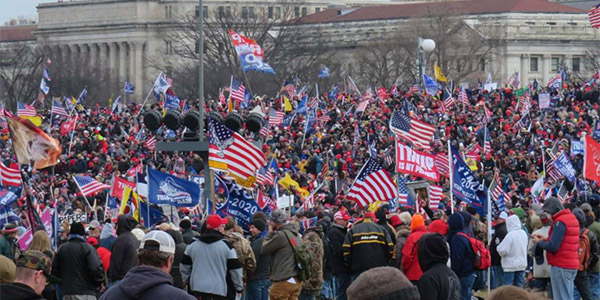 Crowd in Washington, D.C., shortly before speeches on January 6, 2021; Photo by Gregory Starrett

“Every age has its own fascism. And we see the warning signs wherever the concentration of power denies citizens the possibility and the means of expressing and acting on their own free will."

"If the January 6th attack on the Capitol represents a return of fascism, when was it here before? Can we speak of fascism when describing an uprising driven by White supremacists, Confederate apologists, economic populists, and political demagogues? The essays assembled here are the first, urgent answers to these questions for 2021.” A probing series on fascism in America, edited by MIT Professor of Anthropology Heather Paxson, with Christopher Nelson and Brad Weiss
Series at the Society for Cultural Anthropology

NATIONAL PUBLIC RADIO
Why Nations Fail, America Edition | Daron Acemoglu
"We wanted to figure out if the insurrection is a sign our nation is failing, and, if so, if there's anything we can do about it. So we called up the authors of Why Nations Fail. "I don't think January 6th was a singular day of failure," says MIT economist Daron Acemoglu, who co-authored the book with University of Chicago economist James Robinson. "What surprises me is why it took until January 6th."
Commentary at NPR 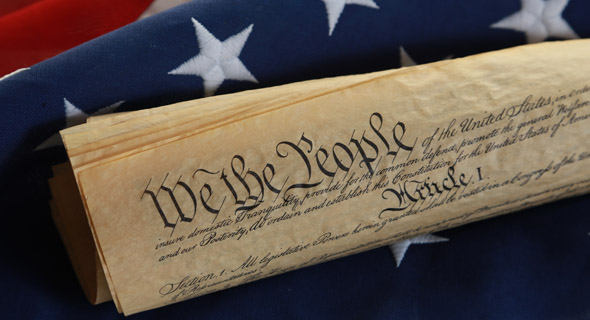 In this websection, MIT's School of Humanities, Arts, and Social Sciences draws on the expertise of our faculty and colleagues across the Institute to provide research-based insights and resources for strengthening democracy at home and around the world.
Browse the websection