Susan S. Silbey, Head of Anthropology, and Ruthanne Huising, PhD ’08, have been awarded the 2011 best paper prize from Regulation & Governance for their article, “Governing the Gap: Forging Safe Science Through Relational Regulation.”

“This paper shows what organizational ‘best practices’ actually look like in regulated organizations that conscientiously strive to implement environmental, health, and safety regulations in a sensible manner,” said the journal’s award announcement. “[Silbey and Huising’s] careful, detailed analysis of the halting, uncertain problem-solving work of regulatory coordinators shows us just how hard it is to do regulation right.”

The winning paper examines Eastern University’s struggle to implement an environmental management system in accordance with stated goals. “Despite [the university’s] public and wholehearted commitment, we observed a struggle to align the aspirations of the environmental management system with its enactment,” Huising and Silbey wrote. “The exigencies of practical action repeatedly challenged efforts to comply consistently with regulatory standards.”

According to Silbey, the paper is just one of many journal articles that have emerged from a research project she has been working on for about a decade—an examination of how environmental health and safety laws are infiltrating scientific practice in the lab.


Where law and science meet

“I’m interested in the law, but I also became interested in science and this is a place where law and science meet,” said Silbey. The Goldberg Professor of Humanities, and MIT Professor of Sociology and Anthropology, Silbey said this part of her work focuses on the day-to-day reality of what happens in the lab when scientists are faced with implementing health and safety rules.

For example, she said, “In labs, you have to have a place for used chemicals...but what do you do when you’re working in a hood and doing your experiment? Every time you finish with one chemical, do you have to throw it right away—the collection area might be 50 feet away? Or, can you make a subsidiary collection point in the hood?”

Silbey has found that certain people in an organization recognize that little workarounds are necessary and independently endeavor to ensure the best possible compliance in a way that is pragmatic—for example, by making sure that any subsidiary collection jars don’t block critical hood vents. The result is what Silbey terms “relational regulation.”

To quote from Silbey and Huising’s winning paper: “Relational regulation acknowledges the impossibility of perfect conformity between abstract rules and situated action while nonetheless managing to keep practices within a band of variation surrounding, but not perfectly coincident with, regulatory specifications.”

According to Silbey, some people in every organization need to have this pragmatic approach in order to ensure the best possible compliance with regulations. “We think that there are certain organizational conditions that foster this kind of practice,” she said. “[These actors] work in groups with others; they share information; they are usually not micromanaged; they therefore have a little slack time to investigate and share what they learn.”

Nevertheless, the best results come from balancing this pragmatic approach with a “credible threat” from other actors in the organization that are more strict in their interpretation of regulations, Silbey said. “Any organization has to have multiple styles.”

Silbey, who served as guest editor for the March 2011 issue in which her winning paper appears, used an example from another article in the issue to illustrate her point further. The paper on microfinance in Mexico, by Rodrigo Canales PhD '08, compared the success of loan officers who followed the spirit of the law with those who were sticklers about rules. “Turns out you get the best repayment in branches with both kinds of loan officers,” Silbey said.

Four articles in the special issue—titled: “Sociological Citizens: Practicing Pragmatic, Relational Regulation"—were written by former students of Silbey’s (including the prize-winner). A fifth was authored by Michael Piore, MIT’s David W. Skinner Professor of Political Economy; the sixth paper published was by Fiona Haines of the University of Melbourne. Huising, who wrote the paper as part of her PhD training with Silbey, is now an Assistant Professor at the Desautels Faculty of Management at McGill University. 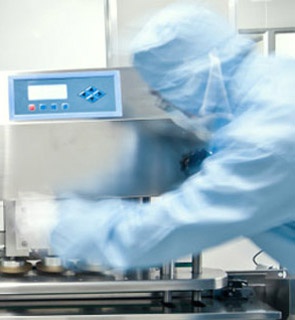 “I’m interested in the law and in science, and this is a place where law and science meet.”

— Susan Silbey, Goldberg Professor
of Humanities, and Professor of
Sociology and Anthropology Susan Silbey, MIT Goldberg Professor
of Humanities, and Professor of
Sociology and Anthropology