How did MIT become MIT?

Defining decisions
Becoming MIT: Moments of Decision, was conceived and edited by David Kaiser, associate professor in the School's Program in Science, Technology and Society, in honor of MIT’s sesquicentennial anniversary in 2011.

Over the years, MIT has lived by its motto, Mens et Manus, dedicating itself to the pursuit of knowledge and its application to real-world problems. This book examines a series of turning points, crucial decisions that helped define the MIT we know today. Many of these issues continue to have relevance today: the moral implications of defense contracts, the optimal balance between government funding and private investment, and the right combination of basic science, engineering, and humanistic scholarship in the curriculum.

An influential institution
“MIT’s history illuminates some of the sharp shifts in assumptions about the means and ends of higher education, from the Industrial Revolution to our post-industrial society,” Kaiser writes in the introduction.

A nexus of the military-industrial-university complex (in the 1940s) and the birthplace of the Union of Concerned Scientists (in the 1960s), the Institute is fascinating to study, Kaiser says, because “MIT has been the model of what have become more common trends.” And, he observes, because MIT is such an influential institution, its “moments of decision” have had widespread effects.

At MIT, the idea of practical service led scientists to apply their research to the furtherance of national goals before and during World War II.  But, as Kaiser notes, military funding of scientific research was never without controversy, and he asks: “How do certain research traditions come to seem natural even though they have been shaped by accidents of history?”


A commitment to understanding consequences
“There are things we know about the universe that we literally would not have known [without military-funded research],” Kaiser says, but “it’s not a free lunch.” Throughout its history, MIT has worked to balance the needs of society, science, and education. Indeed, Kaiser writes, MIT's School of Humanities, Arts, and Social Sciences was founded in 1950 as part of the Institute's ongoing commitment to educate its students "to understand and appreciate the human consequences of their work.” 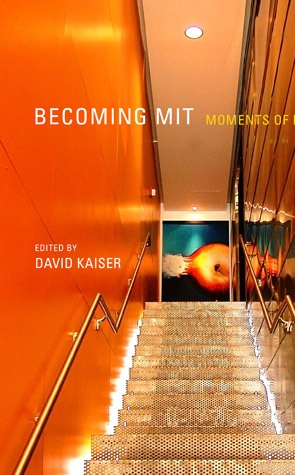 David Kaiser is associate professor in the Program in Science, Technology, and Society, a lecturer in the Department of Physics at MIT, and a fellow of the American Pysical Society. Kaiser’s next book, How the Hippies Saved Physics: Science, Counterculture, and the Quantum Revival, is forthcoming in June 2011 from W.W. Norton & Co.