Who needs to understand science?

In a word, Everyone.
Science and technology so permeate contemporary society—from medicine to climate change to food—that we need some understanding of science simply to make informed decisions about everyday life.

Increasing Science Literacy
Science journalists play a major role in the public understanding of science, and in the School’s Knight Science Journalism Fellowships program, outstanding journalists from around the globe hone their skills and perspectives for this invaluable work.

Take the example of cancer.  “The public perception of cancer and its design is grossly out of alignment with the actual epidemiological reality,” says MIT biology professor Robert Weinberg. “There’s this notion that we’re living in an epidemic of cancer, yet age-adjusted cancer rates are going down.”

Top Journalists from around the Globe
Weinberg was speaking to MIT’s Knight Science Journalism Fellows, 12 of the world’s top science journalists. Each year, 80 to 100 such journalists compete for 10-12 fellowships that will enable them to spend nine months at MIT studying anything they choose. This year’s Fellows are taking such courses as deep sea biology, anthropology, abnormal psychology, Arabic, and film production.

Learning More
Weinberg’s talk was one of a series of seminars the Fellows are required to attend while at MIT. Designed to expose Fellows to developments on the cutting edge of science and engineering, seminar topics range from energy to neuroscience and from evolution to planetary sciences.

Weinberg explained his research into how breast cancer cells acquire the ability to metastasize. He also fielded questions about whether women should get mammograms. And while he says it’s unclear whether mammography makes much difference, screening for colon cancer is clearly beneficial—a fact that underlines the contrasting ways that different cancers behave.

Raising the Bar
“Although I’ve known and written about cancers in some of my reporting, Professor Weinberg’s lecture gave me deeper insight about the science and biology of cancers, especially vis-a-vis management,” says Fellow Onche Odeh, a science writer for the Daily Independent in Lagos, Nigeria.

Unique and Farsighted
Dedicated to raising the standards for science journalism worldwide, the School’s Knight program is the only one of its kind in the world, says fellowship Director Philip J. Hilts. This year’s Fellows come from seven countries, including China, South Africa, Uruguay and Poland. Their work has appeared in National Geographic, The Economist, The Washington Post, and Newsweek, among other publications.

“MIT has a longstanding commitment to the public understanding of science,” MIT President Susan Hockfield said at the program’s 25 anniversary symposium in 2008.

“Today, when science and engineering permeate nearly every corner of our private lives and the public agenda, saying that we’re committed to this may seem like a consequence, but 25 years ago, when we set up the Knights program, it was remarkably farsighted.” 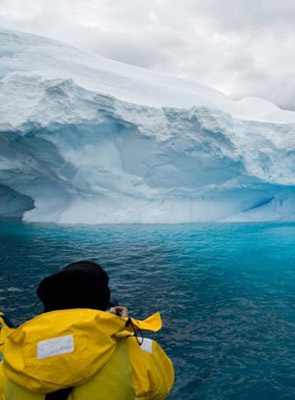