What are the gains and losses of the modern pace of life?

Contemporary life
Award-winning science writer and author Robert Kanigel has spent his career exploring the evolution of society through a series of unique lenses that reveal what we have gained from modernity—and what we’ve lost.

Whether detailing the life of the world’s first efficiency expert (in The One Best Way), or the history of imitation leather (in Faux Real), Kanigel zeros in on the roots of our modern way of life, providing mirrors with which to see ourselves. “I’ve long been preoccupied with the pace of modern life and what it does to us,” said Kanigel, a Professor of Science Writing in the School’s Program in Writing and Humanistic Studies.


The lens of a traditional fishing community
In his forthcoming book, On An Irish Island, Kanigel examines the path not taken—a more communal life free of modern technology—to see what we have traded in for today’s fast-paced existence.

The Great Blasket Island, a small rocky outcrop visible from Ireland’s Dingle Peninsula, had its heyday in the early 20th century, when the island’s fishing village still had about 150 residents, and a series of linguists and writers—most notably J.M. Synge (author of Playboy of the Western World)—came to the island to study the Irish language and culture in its native form.


A hard way of life, rich in human connections
The island had no plumbing, no priests, no shops, and no electricity. All human communication—from simple gossip to news of an approaching storm—took place in person. The islanders entertained themselves with music, dancing, and storytelling.

“These scholars...found something they didn’t expect," Kanigel says, "a simple, appealing life...an antidote to modern life.” They recorded native stories, wrote of their own experiences, and encouraged the locals to record theirs, with the result that a rich body of literature emerged from this one tiny enclave.


What do we still like about traditional cultures?
"Today the world is moving very fast. There’s been a replacement of physical things with evanescent things—images on the screen. The kind of relationships we have are changing. Here was a culture where everything was face to face.

Nobody’s going back to live the way these people lived. It was a brutally hard life. But I don’t think that means we 21st century people can’t stop running around for a minute to think back. If my readers came away stopping to think about these issues and reflect back on their own lives, I’d be pleased.”
On an Irish Island is due out in February 2012 from Alfred A. Knopf. 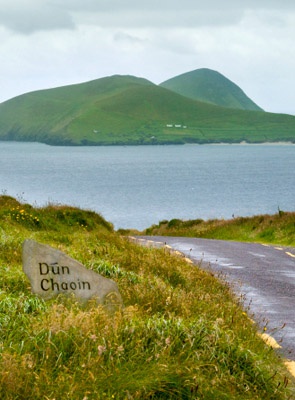 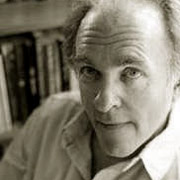 "Nobody’s going back to live the way people lived on the Great Blasket Island. It was a brutally hard life. But that doesn't mean we 21st century people can't stop running around for a minute to think back. If my readers came away stopping to think about these issues and reflect on their own lives, I'd be pleased."