There is a place for each of us on Christopher Warshaw's geopolitical map of the United States. The recently appointed assistant professor of political science can figure out people's political preferences down to the congressional district, city and town. Warshaw, who earned both a PhD in political science and a JD from Stanford University, says he has "always found it fascinating to try to break things down by geography." But he is not simply interested in plotting public opinion in a near-microscopic fashion. Rather, Warshaw's larger goal involves assessing the degree to which public officials "represent the will of their constituents," a critical aspect of a successful, functioning democracy.

Warshaw zeroed in on the intersection of politics and policy after college, when he conducted economic analyses of the Bush Administration's Clear Skies Initiative for an environmental policy firm. But Warshaw, who describes himself as "passionate about environmental policy," soon realized that the Bush administration "was more concerned about reducing costs for industry than health benefits." As a result of this experience, he became less engaged with trying "to optimize the right policy, and much more interested in the political process.

"I wanted to know why we ended up with the policies we did," Warshaw says. 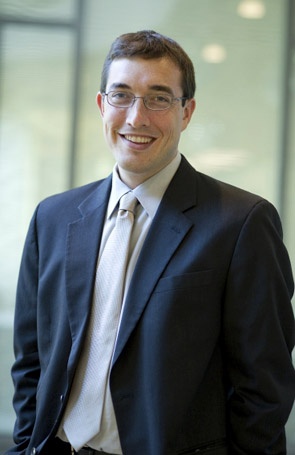