During his youth in Freiburg, Germany, family meals could occasion lively debate, recalls Jens Hainmueller, a recently tenured associate professor of political science. His parents, deeply influenced by the 1970s student movements, believed in “making politics,” while Hainmueller was “more interested in analyzing political dynamics, and what shapes actual policies," he says.

The power of data
When he began his studies at the University of Tubingen in political science, economics and law, he gravitated decisively “toward a more systematic approach that emphasized data collection,” which his parents characterized as "bean counting." Hainmueller recalls, “They wanted to get at power struggles; I was more quantitatively inclined.”

Quantitative and qualitative
Yet in some ways, Hainmueller’s evolution as a political scientist can be seen as a long-term project to tie together qualitative and quantitative ways of thinking about politics and society. While he has always been “excited about using math tools to learn about the world,” Hainmueller has also been drawn to social and economic problems. His interest in immigration emerged during a civil service stint following high school. While driving an ambulance through the old steel towns of the Ruhr, Hainmueller witnessed firsthand the struggles of minority Turkish communities. “That sparked my interest in trying to find the sources of discrimination against types of immigrants, and how they integrate into society.”

Immigration and other issues
Beginning at Harvard, where he received his PhD, and now at MIT, Hainmueller has been developing a data-based take on immigration and other issues. One recent project examined data from naturalization applications of immigrants in Switzerland, and found routine discrimination against Turkish and Yugoslavian applicants in a large number of Swiss municipalities. This work could be used, Hainmueller suggests, to reform the naturalization system.

He is also exploring different dimensions of the immigration problem in the United States, where debate rages around the appropriate path to citizenship. Hainmueller and colleagues are trying to find what drives American attitudes toward immigration. His studies have demonstrated that Americans are less influenced by economically motivated fears of immigration, particularly the notion that immigrants compete with current U.S. residents in the labor market, than by “more culturally motivated sentiments.” To learn more about these sentiments, his latest investigation puts people “in the shoes of immigration officials and lets them decide which attributes, such as education or country of origin, are more important.”

Data that can guide social/economic policy
Hainmueller has also run statistical studies on the impact of antismoking programs, and will soon apply his methodology to the benefits of fair trade certification for cocoa farmers in Ghana. Whatever the focus, his goal is to cut through opinion and hyperbole with evidence that might meaningfully guide social and economic policies. 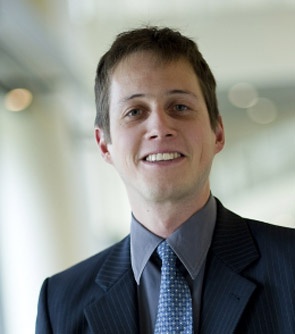