What is the impact of deindustrialization on life in the U.S.?


“If you really want to understand why there is this expanding class inequality in the United States, one of the places you have to look is the long-term impact of deindustrialization. We have to think historically about how we got into this position and how we can come out of it.”

Excerpt from MIT News
In March 1980, when the industrial firm Wisconsin Steel abruptly closed its main mill in southeast Chicago, longtime employee Charles Walley was among 3,400 people who lost their jobs. The plant closure — which led to protests, controversy and lawsuits — had an enormous impact on Walley, a third-generation steelworker. He found intermittent employment as a tollbooth attendant, a janitor and a security guard, among other things, but never landed a better job, and remained bitter and depressed about his situation until his death in 2005.

“Yeah, we thought we were middle class there for a while,” one of his daughters once overheard him musing aloud. “We were almost middle class.”

The daughter who heard that comment, Christine Walley, is now an associate professor of anthropology at MIT and author of a new book, “Exit Zero,” about the impact of deindustrialization on the lives of blue-collar workers in Chicago. In the book, published this month by the University of Chicago Press, Walley explores the lasting economic and psychological toll of such plant closings on her father and other working-class people like him.

About + Reviews | University of Chicago Press

Video: A preview of "Exit Zero" 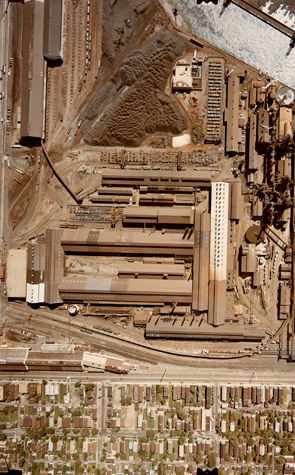 Aerial view of Wisconsin Steel, in 1976, shortly before its closing (Photo courtesy of the Southeast Chicago Historical Museum) 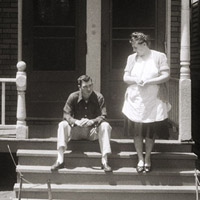 Chuck Walley and his mother, Emily, on their front porch in the late 1940s (Photo courtesy of the Walley family)