How the Hippies Saved Physics by David Kaiser, Germeshausen Professor of the History of Science, has been named 2012 Book of the Year by Physics World magazine. Kaiser is the head of MIT’s Program in Science, Technology, and Society, and a senior lecturer in the Department of Physics.

“A rollicking good read,” according to Physics World, the book describes how a group of young, unconventional physicists working in Northern California in the 1970s changed the face of modern physics. Dubbing themselves the “Fundamental Fysiks Group,” the group studied quantum theory alongside Eastern mysticism, often discussing the latest developments while lounging in hot tubs. The results of their work on Bell’s theorem and quantum entanglement helped pave the way for breakthroughs in quantum information science, which is, today, among the most exciting scientific frontiers attracting billions of dollars in funding and thousands of talented researchers.

“David has a special gift for discerning the ways science and society interconnect and influence one another,” said Deborah Fitzgerald, Kenan Sahin Dean of MIT’s School of Humanities, Arts, and Social Sciences. “In How the Hippies Saved Physics, he has given us a terrific example of why it’s so valuable to study these interconnections.”

Dean Marc A. Kastner of MIT’s School of Science, said, “David's work has long brought honor to the Department of Physics through his brilliant writing. It is wonderful that he now has received this recognition for writing a book that has captured the attention of the public and focused it on physics and physicists.”

Physics World has three main criteria for determining the year’s best physics books; they must be well written, scientifically interesting, and novel. In announcing the award, the magazine called How the Hippies Saved Physics “a worthy successor to our previous books of the year: Graham Farmelo's The Strangest Man (2009), Anil Ananthaswamy's The Edge of Physics (2010), and Lawrence Krauss’sQuantum Man (2011).”

“I am delighted and deeply honored by this news,” Kaiser said. "Working on the book was really a joy....The project enabled me to delve into some of the richest and most fascinating questions of modern physics—especially questions about quantum entanglement and deep questions at the foundations of quantum theory—while also doing some modern-day detective work, to connect various dots between people and places that are not often associated with physics.”


A scientist and a storyteller

Physics World noted that Kaiser’s book faced stiff competition from the other titles on its shortlist, which included Erwin Schrödinger and the Quantum Revolution by John Gribbin, How to Teach Relativity to Your Dog by Chad Orzel, and Physics on the Fringe by Margaret Wertheim.

“I have been reading and admiring books by John Gribbin since I was in high school; he is really a wonderful science writer,” Kaiser said. “And I found Margaret Wertheim's book to be a beautifully crafted portrait of people who are passionate about science, even though they pursue theories far outside the mainstream. To have my book included among a shortlist with these other writers was very gratifying."

Professor Edmund Bertschinger, head of the Department of Physics, noted that the book prize is a testament to Kaiser’s rare talent both in storytelling and science. “David Kaiser is an outstanding writer, teacher, historian and theoretical physicist. How he manages to be all at once seems itself to be a bit of quantum magic,” Bertschinger said. “Many physicists can write about physics; few can make it clear to the public. David is almost unique in doing these in a page-turner. MIT is fortunate to have him crossing so many boundaries to make physics fun.” 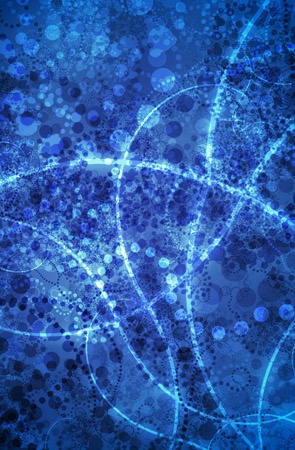 Video: Kaiser on How the Hippies Saved Physics