The MIT Commission on Production in the Innovation Economy

What kinds of industrial production can bring innovation to the American economy? An intensive, long-term study by a group of MIT scholars suggests that a renewed commitment to research and development in manufacturing, sometimes through creative new forms of collaboration, can spur innovation and growth in the United States as a whole.

The findings are outlined in the preview of a report issued by a special MIT commission on innovation, called Production in the Innovation Economy (PIE). Among the approaches the report recommends are new forms of collaboration and risk-sharing — often through public-private partnerships or industry-university agreements — that can enable a wide variety of firms and industries to grow.

“There is no reason manufacturing has to disappear in an advanced industrial society,” says Suzanne Berger, the Raphael Dorman-Helen Starbuck Professor of Political Science at MIT and a co-chair of the PIE commission (Production in the Innovation Economy). “There is much greater innovative capacity all across the United States than we realized.” 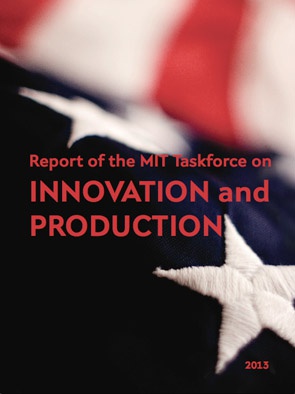