Ensuring that elections are fair and equitable is fundamental to democracy — yet easier said than done, as MIT students discovered this fall in a new class called "Elections and Voting Technology."

Taught jointly by Charles Stewart III, Kenan Sahin Distinguished Professor of Political Science, and Ronald Rivest, Vannevar Bush Professor of Electrical Engineering and Computer Science (EECS), the class explored challenges embedded in election systems from both the technical and the political science perspective —  providing students with new insights into the complexities of a system many thought they understood.

“I had this idea we could fix voting so easily by using electronic voting machines, but to learn there are huge security concerns was really interesting for me,” said Megan Goldberg, a PhD student in political science whose research focuses on political behavior.

“You come from the technical side and think you can just throw some standard piece of cryptography at the problem, and then you start to understand all the constraints,” said Ben Kraft ’15, a mathematics major. For example, votes need to be kept secret while being tracked in such a way that no one can vote twice; the system must be easy to use; and the technology must be robust enough that it will not fail on election day. “You add all of these things together and [the problem] becomes more interesting,” Kraft said. 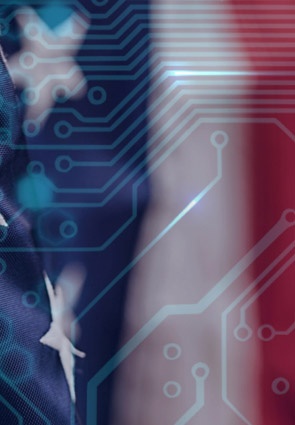 “Computer scientists are increasingly seeing systems they work with being involved in socially impactful situations, and voting is one of them. Understanding how engineering work fits into this fuller context is tremendously important for engineering students as they move forward in their careers.”