What is "natural" and what is "social"?

A professor of philosophy and director of Women's and Gender Studies at MIT, Sally Haslanger recently published Resisting Reality: Social Construction and Social Critique (Oxford University Press), a collection of essays on gender and race. We caught up with her recently to talk about some of the rich ideas in her most recent book.

Q: You argue that gender and race are not purely natural categories, they are also "social constructs."  What do you mean by that?


Q: So, how do you describe the relationship between "natural" and "social" differences?

In some cases, the social differences are masked—they’re taken to be natural—and race is a perfect example. There are skin color differences between us, there are hair texture differences and so on, but those differences don’t track the races very well. There are people of a particular ancestry that don’t look like they’re from that ancestry. So, because race also seems to be at least partly about one’s ancestry, it isn’t just a matter of superficial features and seems to be something else.

What I theorize about is: what could race be if it isn’t a set of purely natural differences between us? Can it be understood primarily in terms of social difference? Not really, because there is a presumed connection to the biological. These are the kinds of categories I’m most interested in, where perceived or imagined physical differences are such that they give rise to social differences in a particular context. 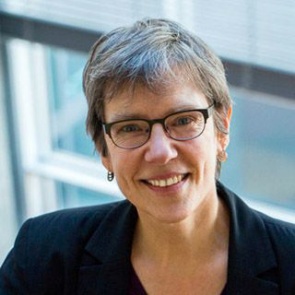 "The supposed line between the 'natural' and the 'social'is of crucial importance for theories of justice: the 'natural' is not as fixed as we might think, and the 'social' can be much more fixed than we imagined. Some differences between us must be respected, and others should be overcome—but which are which?"