Embodying the values of "Doc" Edgerton

The MIT Faculty has presented Assistant Professor of Anthropology Graham Jones with the 2012–2013 Harold E. Edgerton Faculty Achievement Award for his commitment to excellence and his embodiment of the values espoused by the legendary MIT Professor Harold E. Edgerton.

“Selecting the Edgerton award winner is always a difficult task because we have so many extraordinary junior faculty members here at MIT,” said Professor Emma Teng, chair of the Edgerton Award Selection Committee. “Ultimately, the committee selected Professor Jones because he best exemplified excellence in all three areas of research, scholarship, and teaching.”


Ingenious research on knowledge and rationality

A cultural and linguistic anthropologist, Jones joined the MIT Faculty in 2010 after receiving his PhD from New York University and completing a prestigious, three-year postdoctoral fellowship at the Princeton Society of Fellows. Jones’ research focuses on knowledge and rationality in practice, performance, and interaction. He is the author of Trade of the Tricks: Inside the Magician's Craft(University of California Press, 2011).

“To receive a distinction like this is as unexpected as it is moving. It's an honor just to come to work every day at MIT. Being around such extraordinary students and colleagues is exhilarating and, frankly, very humbling.”

Professor Susan Silbey, who heads the Anthropology section within the School of Humanities, Arts, and Social Sciences, was delighted to see Jones recognized. “Graham is a talented scholar with an unquenchable passion for teaching. His deep intelligence, breadth of knowledge, and commitment to excellence are apparent in everything he does,” she said. “The Anthropology faculty are honored, as well as enriched, by having Graham Jones as our colleague.”

Teng noted that the Edgerton committee was particularly impressed by Jones’ teaching success. In the Introduction to Anthropology class he taught in spring 2012, Jones earned a perfect 7.0 teaching rating on his student evaluations—a nearly unheard of aggregate score for a large lecture course. In addition, the committee praised Jones for combining lecture and discussion with practice-based activities that give students hands-on experience in ethnographic research—embodying the MIT spirit of mens et manus.

“Professor Jones is not only an exemplary scholar, but also an exemplary, and much-loved teacher,” Teng said.

Jones was recently promoted to associate professor without tenure, effective July 1. His current research centers on massive, open, online courses and the ethnography of media socialization. He will be officially honored at a luncheon at Gray House with MIT President L. Rafael Reif at a later date.

About the Edgerton Award

The Edgerton Award is given each year to one or more untenured faculty members for exceptional distinction in teaching and in research or scholarship. The award, which includes a monetary prize, was established in 1982 in tribute to the inventor and photographer "Doc" Edgerton, an Institute Professor who worked at MIT for 63 years as a teacher, researcher, and head of the Stroboscopic Light Lab. 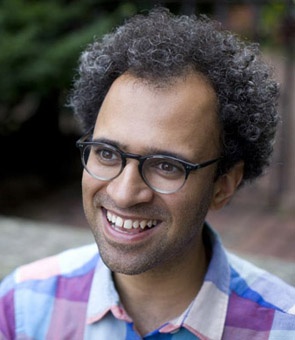 Book: Trade of the Tricks: Inside the Magician's Craft (2011)
Story at MIT News cover, Trade of the Tricks,
by Graham Jones