Established by executive order in September 2010 and administered by the U.S. Agency for International Development, the President’s Global Development Council is being shaped to advise the administration on U.S. global development policies and practices, to support new and existing public-private partnerships, and to increase awareness and action in support of development by soliciting public input on current and emerging issues in the field of global development.

On Dec. 21, 2012, Obama announced his intent to appoint two chairs and eight members (including Duflo) to the council from a variety of sectors outside the federal government.

In making the announcement, Obama said, “These dedicated and accomplished individuals will be valued additions to my administration as we tackle the important challenges facing America. I look forward to working with them in the months and years ahead.”

Leading a revolution in poverty alleviation

Duflo is an internationally renowned economist whose research has helped change the way governments and aid organizations address global poverty. Her revolutionary work applying randomized trials to determine which social policies actually work best to relieve poverty has led to numerous accolades. Most recently she was named one of the "Top 100 Global Thinkers” for 2012 by Foreign Policy magazine.

Other awards include the John Bates Clark Medal (2010), a MacArthur Fellowship “genius grant” (2009), and the Financial Times/Goldman Sachs Business Book of the Year Award (2011), which she won for co-authoring "Poor Economics: A Radical Rethinking of the Way to Fight Global Poverty" (with Abhijit V. Banerjee, Ford International Professor of Economics at MIT). Duflo is a fellow of the American Academy of Arts and Sciences, and the first holder of the “Knowledge Against Poverty” chair at the College de France in Paris.

In addition to her MIT research, Duflo is director of the development economics program at the Center for Economic Policy Research and serves as editor of the American Economic Journal: Applied Economics. She holds an undergraduate degree from L’Ecole Normale Supérieure in Paris and a master’s degree from DELTA, which has since been incorporated into the Paris School of Economics. She earned her doctorate in economics from MIT in 1999. 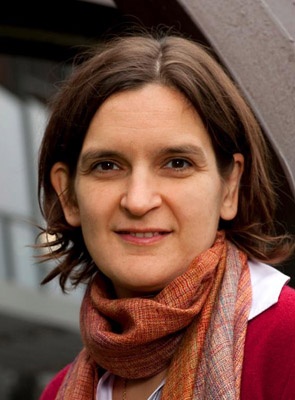