What is the power of song?

Music of the Scottish Enlightenment

The Scottish Enlightenment—an intellectual movement to embrace reason, to apply critical thought to civil society, and to celebrate human artistic achievement—was influential throughout 18th century Europe. Today the legacy of the Enlightenment remains—enshrined in the workings of modern democratic governments, free-market economies and a significant body of philosophy, literature, and music.

The central figures of the Scottish Enlightenments, among them David Hume, Adam Smith, Francis Hutcheson— were all men. But even as they composed treatises on government and philosophy, these men were immersed in a Scottish musical culture preserved and enriched by women.

Intellectuals in Scotland treasured their native culture, particularly old Scottish ballads, the earliest known poetry in the English language. These ballads passed from generation to generation, from mother to daughter.

Professor of Literature Ruth Perry, founder of the Women's and Gender Studies program at MIT, is currently researching and writing a biography of one of the most significant figures in their preservation, Anna Gordon Brown. Born in 1747, Brown learned her ballads before the age of 10 from her mother, her maternal aunt, and a servant in their family.

"She learned them orally and her repertoire was composed of the most exquisite, thorough, complete, magnificent version of these ballads," Perry said.  A family friend recorded the ballads in 1783.

Scotland had the most literate population in Europe in the 18th century, and a more egalitarian society—in terms of class as well as gender. Through her research into Brown's life, Perry is telling the story of one woman's life, and the influence of traditional music on the Scottish Enlightenment. 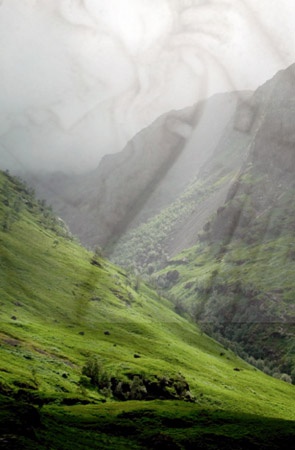