Excerpt from interview by Ezra Klein
The Washington Post
November 12, 2009

"Jon Gruber is a health economist at MIT. But that understates his influence in the field. He was one of the architects of the Massachusetts reforms. In 2005, he was elected a member of the Institute of Medicine. In 2006, he received the American Society of Health Economists Inaugural Medal for the best health economist in the nation aged 40 and under. He's unabashedly pro-reform, but he's from the camp of reformers that worry incessantly about the economics of the plan. So I asked him: Are the economics of the plan sound?"

Klein: "One of the peculiarities of the bill is that it actually "does" coverage. If the bill succeeds, then pretty much every American will have insurance. But it really only starts cost control. Coverage is more of an event. Cost control seems more like a process.

Gruber: That's exactly right. We know what happens if we don't do this. The science of coverage is ahead of the science of cost control. We know how to do coverage. But we don't know how to bend the curve with research yet. Are we going to hold 46 million uninsured Americans hostage to figuring that out?

My view is, even if the bill did no cost control it would be an incredible thing for this country. But politically, it sets the stage for cost control in two senses. First, it puts in place all the things we can do now. It does comparative effectiveness and pilots and all the rest. But second, once you get coverage off the table, the conversation gets more focused on cost control. 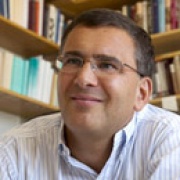