“One of the greatest things about this class is that we are
shaping a report that can have a positive impact for the
indigenous people in Panama. The feeling of coming to class
for an actual, direct cause is amazing!”

Focus on the indigenous people of Panama
“The big issues we’ll write about are the land grabs, the impact of tourism, and dams,” said Howe, an anthropologist who has studied the Kuna (the best-known of Panama’s native peoples) for more than 40 years. “Kuna have a very strong belief that land was given to them by Great Father,” he noted. “They want to control it.”

Lands belonging to the Kuna and other native peoples in Panama are rich in natural resources, which means outsiders continually seek to exploit them for ranching, tourism, mining, and even hydroelectric projects, Howe said.

“When indigenous interests clash with those of miners, dam-builders, or peasant colonists, then anti-Indian sentiment and stereotypes ... break through the thin crust of tolerance and acceptance in Panamanian public discourse,” Howe writes in his latest book, Chiefs, Scribes, & Enthnographerss: Kuna Culture from Inside and Out, (November 2009, University of Texas Press).

The impact
“The hope is that if enough of these little reports go in (to the UPR), it may exert some pressure on the Panamanian government,” Howe said. Although the UN’s recommendations are not enforceable, states do prefer to avoid the embarrassment of a poor report. As Howe notes, “Countries don’t want to be on record violating international agreements.”

“I am positive our work will bring a bit more awareness to the struggles of indigenous people,” Chapko said. “Hopefully the world will realize that we students, and at the same time representatives of a larger community of young people, care deeply about human rights.” 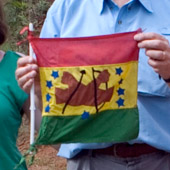 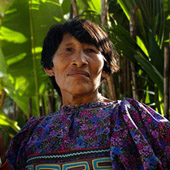 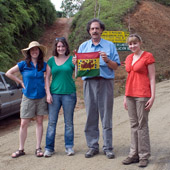 Cultural Survival
Officially, the report has been submitted by Cultural Survival, a nongovernmental organization that advocates for the rights of indigenous peoples around the world. Howe, who serves on the organization’s board, said he got the idea of producing the report as a class project from Professor Lawrence Susskind of the Department of Urban Studies and Planning. In 2008, Susskind co-wrote “Addressing the Land Claims of Indigenous Peoples” with the help of students in the MIT Program on Human Rights and Justice, a collaborative effort between the Center for International Studies and the Department of Urban Studies and Planning.

Howe’s class of about 15 includes students from Tufts, Wellesley, Harvard, as well as MIT, most of whom have at least some knowledge of Spanish, which is useful for going through the vast amounts of documentation they have been gathering. “I thought we’d have trouble finding enough material, but that was very naïve of me,” Howe said.

Fact-finding trip to Panama
In addition to siftting through paperwork, three students got the chance to accompany Howe on a fact-finding trip to Panama over break. “The opportunity to go abroad and meet first-hand with the indigenous peoples in Panama, as well as meet with the NGOs specializing in human rights issues there, was absolutely essential for an informed perspective in writing the UPR report,” said Karina Lundahl, a graduate student in the Science, Technology, and Society Program. “I think it's wonderful that the Anthropology section chose to support the work.”


Anthropology's shift to a collaborative model
Another highlight of the class was a visit from Bernal Castillo, a professional anthropologist and historian who is himself a Kuna. Castillo spent several days at MIT, made a presentation to the class and shared his research materials with Howe and his students in support of the UN project. Howe pointed out that in so doing, Castillo joins a long line of Kuna who have actively worked to shape the view outsiders have of their people—a topic Howe explores in depth in Chiefs, Scribes, & Enthnographers.

“Not everyone in anthropology works with indigenous people anymore. But those who do have to do it in a collaborative way,” he said. “Human rights is part of the same thing. It’s something that we owe them back.” 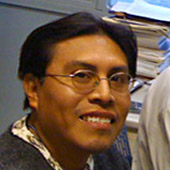 Sidebar: Chiefs, Scribes, and Ethnographers
More about Howe's book and the Kuna's role
in their own enthnography, a position that puts
them at the forefront of the field’s gradual transition
from an observational to a collaborative model.