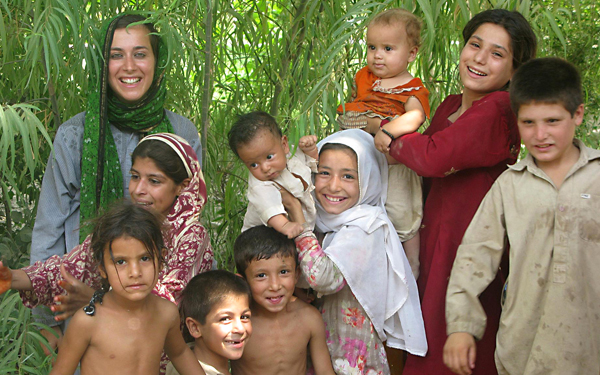 “Solutions to the complex issues of today and tomorrow will not emerge simply through technology and science, but require humanistic and social science scholarship to use lessons of the past to devise paths to future peace and progress.”


The Carnegie Corporation of New York has announced the inaugural class of Andrew Carnegie Fellows, among them MIT’s Fotini Christia, associate professor of political science. Each fellow will receive up to $200,000 to support their research in the social sciences or humanities.

Christia’s research — which has involved extensive fieldwork in Afghanistan, Bosnia, Iran, the Palestinian Territories, Saudi Arabia, and most recently, Syria and Yemen —considers issues of conflict and cooperation in the Muslim world.

In launching the fellowship program, the Corporation sought nominations from nearly 700 leaders from a range of universities, think tanks, publishers, independent scholars, and non-profit organizations nationwide, who collectively nominated more than 300 people, from whom 35 were selected.

The selection committee included the heads of some of the nation’s preeminent institutions dedicated to the advancement of knowledge, including five current and former university presidents. Each proposal was also reviewed and rated by at least one of 25 prominent scholars and educators who served as anonymous evaluators.

“It is my hope that the work of the Andrew Carnegie Fellows will help inform the American public as well as policy makers,” said Vartan Gregorian, President of Carnegie Corporation.  Jurors were asked to consider the merits of each proposal based on its originality, promise, and potential impact on a particular field of scholarship. The anticipated result of each fellowship is a book or major study.

Christia's research, which focuses on ongoing conflicts in the Middle East and the threat they pose to stability, offers new understandings of how cooperation emerges in violently contested environments, and what roles identity, material incentives, networks, and institutions play in that process.

In her award-winning first book, Alliance Formation in Civil Wars — based on intrepid field research, including with Afghani warlords — Christia analyzed the personal, political, and cultural forces that cause a regional or tribal leader to take up arms against a neighboring group, and what allows that same leader to put aside the guns and embrace a former enemy.

"The main purpose of my work," Christia says, "is to better inform US foreign policy in the region, which has been misguided due to a lack of adequate understanding of the underlying grievances and dynamics that drive violence."

The project Christia is undertaking with Carnegie support is designed to gauge Shi'a public opinion towards conflict in the Middle East. Taking the occasion of Shiite religious pilgrimage sites in southern Iraq to survey observant Shiites both from Iran and from Iraq, Christia will gather and analyze the pilgrims' attitudes towards their respective governments, the West and the US, as well about sectarian conflicts raging across the Middle East, including Iran's nuclear program, and the rise of ISIS.

The research aims to provide access to public opinion among religious Shiite Iranians and Iraqis, an influential and understudied sub-sample of Middle Eastern citizens, who, arguably, form the backbone of support for their respective governments.

In addition to her recent book, Christia's research has appeared in Science and the American Political Science Review, among other journals, and her opinion pieces have been published in Foreign Affairs, The New York Times, The Boston Globe, and The Washington Post.

Speaking of the Carnegie proposals, Susan Hockfield, MIT President Emerita, who chaired the panel of jurors, commented, “They seek to tackle some of the most pressing issues of our times with innovative and forward-looking ideas from a wide range of high-caliber candidates. Solutions to the complex issues of today and tomorrow will not emerge simply through technology and science, but require humanistic and social science scholarship to use lessons of the past to devise paths to future peace and progress.”