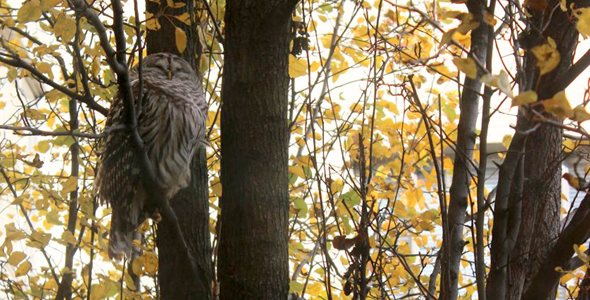 MIT's School of Humanities, Arts, and Social Sciences is very pleased to announce that nine members of its faculty have been awarded named professorships. These honored positions afford the faculty members additional support to pursue their research and develop their careers.

“These outstanding faculty members have each made major contributions to the School, the Institute, and their fields,” said Melissa Nobles, Kenan Sahin Dean of the School of Humanities, Arts, and Social Sciences. “The appointment of an endowed professorship serves not only to acknowledge the recipient's achievements, but also to support current and future research.”

Sana Aiyar, Assistant Professor of History, has been appointed as the Class of 1948 Career Development Professor beginning July 1, 2016, for a three-year term. This professorship position was established by the class of 1948 on the occasion of its fortieth reunion celebration.

Aiyar's broad research and teaching interests lie in the regional and transnational history of South Asia and South Asian diasporas, with a particular focus on colonial and postcolonial politics and society in the Indian Ocean. Her book, Indians in Kenya: The Politics of Diaspora (Harvard University Press, 2015), explores the interracial and extraterritorial diasporic political consciousness of South Asians in Kenya from c. 1895 to 1968 who mediated constructions of racial and national identity across the Indian Ocean.

Other recent publications include “Anticolonial Homelands across the Indian Ocean: The Politics of the Indian Diaspora in Kenya c. 1930-1950," American Historical Review, 116(4), 2011; “Empire, Race and the Indians in Colonial Kenya’s Contested Public Political Sphere from 1919-1923," AFRICA: Journal of the International African Institute, 8(1) 2011; and “Fazlul Huq, Region and Religion in Bengal: The Forgotten Alternative of 1940-43," Modern Asian Studies, 42(6), 2008.

Catherine Clark, Assistant Professor of French Studies, has been named the Class of 1947 Career Development Professor beginning July 1, 2016 for a three-year term. This professorship is granted in recognition for the recipient's outstanding work in both research and teaching.

Clark is a cultural historian focusing on the visual culture of nineteenth- and twentieth-century France. Her current book project, Paris and the Cliché of History, deals with the overlapping histories of the city of Paris and the development of photography. She is also researching films that were shot in and around Parisian construction sites during the 1970s. Along with Bruno Perreau and Jeff Ravel, Clark co-organizes the MIT Global France Seminar. At MIT, she teaches contemporary French culture and media.

Sasha Costanza-Chock, Associate Professor of Civic Media in CMS/W, has been named the Mitsui Career Development Professor beginning July 1, 2016 for a three-year term. These chaired professorships were endowed in 1980 by the Mitsui Group, one of the oldest and largest industrial groups in Japan.

Costanza-Chock employs participatory research and community-led design methods in work on social movements, information and communication technologies, and media justice. Sasha's first book, Out of the Shadows, Into the Streets: Transmedia Organizing and the Immigrant Rights Movement, was published by the MIT Press in 2014.

Sasha Costanza-Chock webpage | MIT CMS/W | Out of the Shadows

Amy Finkelstein, Professor of Economics, as been named the John and Jennie S. MacDonald Professor beginning July 1, 2016 for a five-year term. This professorship was established with a gift by Edmund MacDonald, ’21, and recognizes Finkelstein's outstanding achievements in the field of economics.

Finkelstein is the co-Scientific Director of J-PAL North America, a research center at MIT designed to encourage and facilitate randomized evaluations of important domestic policy issues. She is also the co-Director of the Public Economics Program at the National Bureau of Economic Research, a member of the Institute of Medicine and the American Academy of Arts and Sciences, and a Fellow of the Econometric Society.

She has received numerous awards and fellowships including the John Bates Clark Medal (2012), given annually to the economist under the age of 40 who is judged to have made the most significant contribution to economic thought and knowledge. She has also received the American Society of Health Economists’ ASHEcon Medal (2014), awarded biennially to the economist age 40 or under who has made the most significant contributions to the field of health economics, a Presidential Early Career Award for Scientists and Engineers (2009), the American Economic Association’s Elaine Bennett Research Prize (2008) and a Sloan Research Fellowship (2007). She has also received awards for graduate student teaching (2012) and graduate student advising (2010) at MIT.  |

Deborah Fitzgerald, Professor of the History of Technology and former Dean of the School of Humanities, Arts, and Social Sciences (2007–2015), has been named Leverett Howell Cutten ’07 and William King Cutten ’39 Professor beginning July 1, 2016.

Fitzgerald's research focuses on agriculture in 20th century America, with special interests in the role of federal, private, and corporate institutions; in the character of rural life against the the expansion of modernization; in the emergence of scientific, technological, and economic methodologies in agriculture; in the relationship between nature and landscape, on the one hand, and agriculture on the other; in the reciprocal influence of American and non-American agricultural practices and ideas; and in the role of commodity overproduction in the emergence of the modern food industry.

She is the author of The Business of Breeding: Hybrid Corn in Illinois, 1890-1920 (Cornell, 1990) as well as Every Farm a Factory: The Industrial Ideal in American Agriculture (Yale University Press, 2003), which was the recipient of the 2003 Theodore Saloutos Prize from the Agricultural History Society, of which Fitzgerald is a past president. She is currently working on a book-length study of the industrialization of food during World War II.

F. Daniel Hidalgo, Professor of Political Science, has been selected to be the next Cecil and Ida Green Career Development Professor beginning July 1, 2016 for a three-year term. Established by longtime friends and generous benefactors of the Institute, Cecil and Ida Green, this professorship recognizes and encourages excellence in teaching by gifted young faculty members.

Hidalgo joined MIT’s Department of Political Science in 2012. His research focuses on the political economy of elections, campaigns, and representation in developing democracies, especially in Latin America, as well as quantitative methods in the social sciences.

His work has appeared in journals such as The Journal of Politics, Review of Economic and Statistics, and The American Journal of Political Science. His working paper “Voter Buying: Shaping the Electorate Through Clientelism” (with Simeon Nichter) received the Kellogg-Notre Dame Award for best paper in comparative politics.

Department Head and Arthur and Ruth Sloan Professor of Political Science Andrea Campbell said, “We are delighted that Danny’s superb scholarship and teaching are being recognized in this way. Danny is a dedicated teacher who is constantly innovating new approaches to make his material come alive for students. And he is also a prodigious researcher making enormously important contributions to the study of democratic representation and accountability. We are thrilled that he will be MIT’s next Green Career Development Professor.”

Justin Khoo, Assistant Professor of Philosophy, has been appointed the Class of 1948 Career Development Professor beginning July 1, 2016 for a three-year term. The chair was established on the occasion of the fortieth reunion of the class of 1948.

Khoo received his PhD from Yale University before joining MIT Philosophy in 2013 as a Postdoctoral Associate. His research focuses on philosophy of language and related issues in metaphysics. His academic articles have appeared recently or are forthcoming in Nous, Mind, Linguistics & Philosophy, Philosophers’ Imprint, Inquiry, and elsewhere.

Skow joined MIT-SHASS Philosophy in 2007 as an Assistant Professor. In his research, Skow delves into metaphysics, philosophies of science and especially physics, as well as value theory, among other topics. He is the author of two volumes, Objective Becoming (Oxford University Press, 2015) and Reasons Why (Oxford University Press, 2016). His work has also appeared in journals such as Oxford Studies in Metaphysics, Philosophical Studies, and The British Journal for the Philosophy of Science.

Wilder is a historian of American institutions and ideas whose most recent book, Ebony & Ivy: Race, Slavery, and the Troubled History of America’s Universities (New York: Bloomsbury, 2013), was named one of the best nonfiction books of the year and won multiple awards for excellence. He is also the author of A Covenant with Color: Race and Social Power in Brooklyn (Columbia University Press, 2000) and In the Company of Black Men: The African Influence on African American Culture in New York City (New York University Press, 2001).

His recent essays include: “War and Priests: Catholic Colleges and Slavery in the Age of Revolution,” and “‘Driven . . . from the School of the Prophets’: The Colonizationist Ascendance at General Theological Seminary.” In 2004, Columbia University awarded Craig Steven Wilder the University Medal for Excellence during its 250th Anniversary Commencement.   |