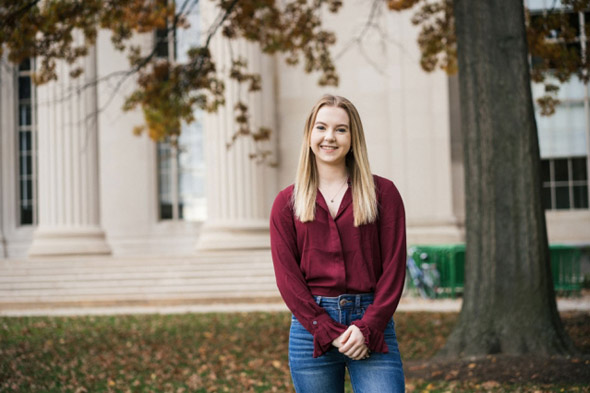 “Essentially linguistics is the study of how language as a whole works, and the underlying rules that govern it. It interfaces with brain and cognitive science, and even computer science, and how language is learned and acquired.”

Before coming to MIT, Sappington had never been involved in dancing. But after she saw a showcase by the Asian Dance Team her first year, she decided to give it a try. After a few semesters dancing with ADT, Sappington also joined MIT DanceTroupe, where she found the culture to be creative, supportive, and incredibly fun.

“[I] just really fell in love with the community, and the general community of dancers at MIT,” she says.

Dance wasn’t the only aspect of the arts and humanities at MIT that she loved. She is also a part of the Burchard Scholars program, which allows students with a particular interest in the humanities to explore that topic. After she took a linguistics class with Professor David Pesetsky her first year, that field became her official humanities concentration. She ended up taking the next level of that class, which centered around syntax, and then she and five other students later created their own special subject class on linguistics.