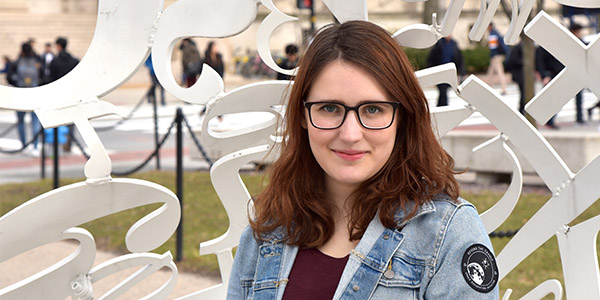 “I wasn’t someone who grew up thinking of MIT as my dream school. But, at the end of the day I knew I couldn’t say no to MIT.”

It’s not a lack of enthusiasm or appreciation for MIT that Charlotte Minsky harbored when she entered her freshman year. She had two academic ‘loves’ and expected her love of science to lead her to a career in the sciences after MIT.

“I was afraid I would lose my ability to spend as much time on history as I wanted to if I came to MIT,” says Minsky, now a senior. “That was my main fear. History was something I cared about, but it was completely separate from the science.”

What a difference four years can make

Minsky may be the only student graduating this spring with a major in three schools at MIT; she will earn a double major in Earth, Atmospheric, and Planetary Sciences (EAPS), and in History + Computer Science. This fall, Minsky will study the history and philosophy of science at the University of Cambridge having recently been awarded a Gates Cambridge Scholarship. After earning her MPhil, she plans to earn a doctorate in planetary science.

Combining humanistic and scientific/technical forms of knowledge and exploration is a path increasingly championed at MIT, and referred to as a "bilingual" education. In her case, Minsky observes, this approach developed over time. In her freshman year, she locked into the Institute’s HASS (Humanities, Arts, Social Sciences) requirements by taking history classes. She also selected a UROP research project in astronomy which involved searching for an as yet undetected planet.

“It was awesome,” says Minsky of her astronomy research. “We didn’t find the planet, but it was my first exposure to planetary science and astronomy research and an introduction to the EAPS department, Course 12. EAPS at MIT combines many different fields — astronomy, oceanography, geology, atmospheric chemistry — all very different. It felt like a way to declare a major without having to declare a major. There were so many things I could explore.” 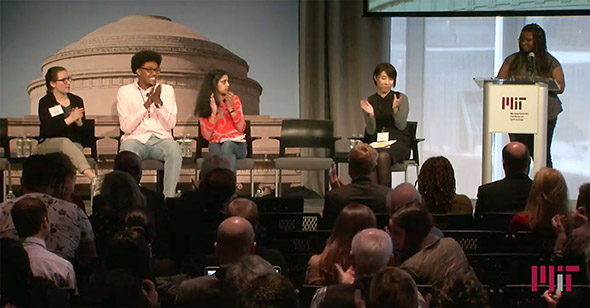 MIT and Slavery project; presentations by the initial class at MIT community event

From the beginning, Minsky was keen to sample everything MIT offered. In her sophomore year she enrolled in the initial class of the MIT and Slavery project, an ongoing undergraduate history research effort exploring the Institute’s entanglement with the legacy of slavery in science and engineering fields and in the lives of some early leaders. Minsky calls the course “transformative.”

From the beginning, Minsky was keen to sample everything MIT offered. In her sophomore year she enrolled in the initial class of the MIT and Slavery Project, an ongoing undergraduate history research effort exploring the Institute’s entanglement with the legacy of slavery in science and engineering fields and in the lives of some early leaders. In this project, students are writing a formerly unexplored aspect of the history of MIT, for MIT. Minsky calls the course “transformative."

“That was the first course that started to make me think how history and science are connected," she says, "and that it's actually imperative for us to examine science and technology in an historical context — in particular to understand the ways that science and technology have at times benefited from, and perpetuated unjust or inequitable social structures."

In the fall of her junior year Minsky discovered something she only then realized she had been missing: a role model. She recalls that everything changed when she walked into the classroom of Sara Seager, a professor of physics and planetary science. It was not only Minsky’s introduction to exoplanets — a subject on which she now plans to focus professionally — but Seager was her first MIT female professor to lead a class, solo. A year earlier Minsky had taken a class with shared teaching responsibilities between a male and female professor.

“Those two are still the only female STEM professors I’ve had,” says Minsky. “And I did not realize until I got to Professor Seager's class that the absence of a role model was one of the reasons I could not quite see a future for myself in scientific research academia.”

Another of MIT’s humanistic courses that semester — Theories and Methods in the Study of History — deepened Minsky’s devotion to history and she began to see how history also connects with planetary science. Her path forward began to shine brightly. 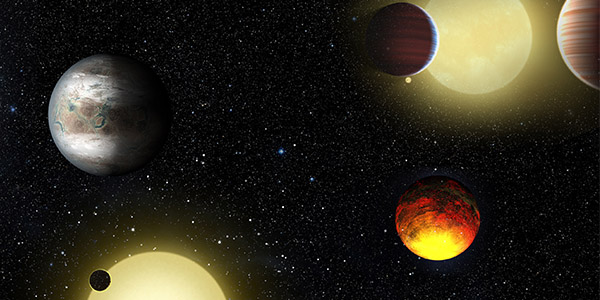 “The fact that we can do this, that we can find other worlds in other solar systems kind of blew my mind. And then, to go a step further, and say that not only can we see the moth fly in front of the street light but we can figure out what the dust on the moth’s wing is made of! That’s my analogy for the atmosphere. You can study the envelopes of gas around these planets that hover around stars that are hundreds of light years away.”

Exoplanets — planets orbiting other stars — can almost never be seen directly. One of the main ways they’re detected is by observing when a star is dimmed, which occurs when an exoplanet moves in front of a star. Minsky’s goal is to study the atmospheres of these exoplanets, which also gives us a better understanding of our own atmosphere.

“Seeing that different brightness is the equivalent of standing here in Boston, looking across the country, and seeing a moth fly in front of a street light,” says Minsky. “The fact that we can do this, that we can find other worlds in other solar systems kind of blew my mind. And then, to go a step further, and say that not only can we see the moth fly in front of the street light but we can figure out what the dust on the moth’s wing is made of! That’s my analogy for the atmosphere. You can study the envelopes of gas around these planets that hover around stars that are hundreds of light years away.”

When asked about the value of fluency in both humanistic and technical thinking, Minsky said studying history alongside planetary science enables her to be "reflexive," and to see the mutually-informing relationships between scientific work, history, and society. Studying science has made her a better historian, she says, and studying history has made her a better scientist.

“The fields of history and planetary science have very different ways of thinking and working, and the tell different types of stories. Studying both fields, I've been able to break out of the constraints of what each field considers the right way to find truth.

In science, in general, there are very strict procedures for how to conduct a study that creates a construction of scientific validity. But, the scientific process is actually messy and fuzzy, and there’s no such thing as objective truth. History, and the history of science, has made me aware of that fact — and more mindful that when we’re doing science, we are always making political and valuated choices: about what types of questions to ask, and what types of answers and experiments are considered valid and truthful.

At the same time, I think the evidential approach of science has made me a better historian. Being steeped in the scientific approach drives me to search, as a historian, for the most concrete evidence I can find.”

A voice for undergraduates

During her four years at MIT, Minsky was active in a number of student organizations including the Institute’s Undergraduate Association, for which she is currently vice president. The group advocates on behalf of students’ interests, sponsors events, and works with MIT’s administration to address concerns. The role is one Minsky takes to heart. One initiative she supports is more support for SHASS initiatives.

“If we’re going to talk about being ‘bilingual,’ the Institute needs to focus on more support for the School of Humanities, Arts, and Social Sciences," she says.

Before moving from Cambridge, MA to Cambridge, England, Minsky has one more history to explicate; she’s writing her thesis on the history of the Lick Observatory, located on Mount Hamilton, in Santa Clara County, California. The 19th century telescope — the world’s first permanent mountaintop telescope — was enabled and shaped by settler colonialism, says Minsky.

“This writing is turning out to be a culmination of all the things I’ve been able to study at MIT. It’s a history of science, but it’s not just general science, technology, and engineering. It’s specifically a history in my scientific field with its entanglements, including a historical context in structures of oppression.”