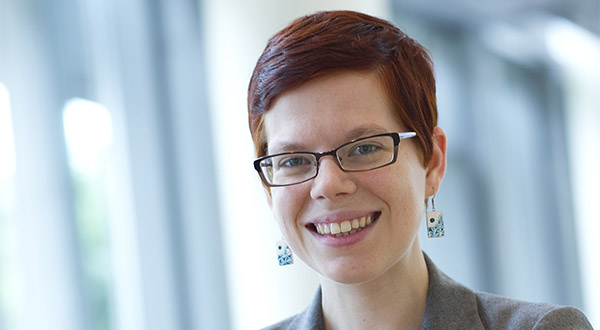 "If I had to choose one point to drive home I wouldn't talk about election outcomes. Instead, I think the problems in the Florida case have drawn our attention to how widespread, how life-disrupting, and how racially-disparate the experience of legal debt is for people who have passed through the criminal legal system."

Ariel White is the Silverman (1968) Family Career Development Associate Professor of Political Science at MIT, where she researches voting and voting rights, race, the criminal legal system, and bureaucratic behavior. White uses large datasets (and sometimes experiments) to measure individual experiences and to shed light on people's everyday interactions with government. Her research has appeared in the American Political Science Review, Science, Political Behavior, and other journals. As we approach Election Day in the United States, SHASS Communications spoke with White on voting rights for formerly incarcerated Americans, implications for the 2020 election, and hope for strengthening American democracy.

Q: Your research has shown that even a few weeks in jail can depress a person’s voting in the future — meaning that interaction with the criminal justice system has essentially removed many thousands of people from America’s voting rolls. What do you think are the most effective ways to help re-incorporate affected populations into the political system and ensure that more American citizens vote?

A: This is a great question. Let me start with the big stuff: for one, we could dramatically reduce our reliance on incarceration, which would mean fewer people re-entering society after prison or jail time. We could also make sure that people who are held in local jails (most of whom are legally eligible to vote) are able to exercise their right to vote. There's innovative work happening on jail voting across the country; examples include setting up polling places in jail and volunteer-led efforts to make sure that officials and inmates understand voting laws.

We can also think about how to make sure people are able to participate after incarceration. One thing I'll say here is that changing laws, such as removing felony disenfranchisement laws, is really the very beginning of that process and not the end. Many people with felony convictions were unlikely to vote even before that conviction: They have a lot of other things going on in their lives and a lot of reasons to doubt that voting or other political participation is worthwhile. And there's also substantial misinformation and uncertainty about whether people are eligible to vote after a felony conviction.

So, there's a lot of room here for outreach to be helpful. There is research on how government-sent notifications about voting eligibility can be effective, but my current research centers on  how non-governmental groups can do this kind of outreach. There are grassroots organizations all across the country, many of them led by previously-incarcerated people, aimed at helping previously-incarcerated people navigate their re-entry to society and get positively involved in civic and political life. So how can that be done the most effectively, and how can those groups find and talk to as many people as possible? We're still learning there. 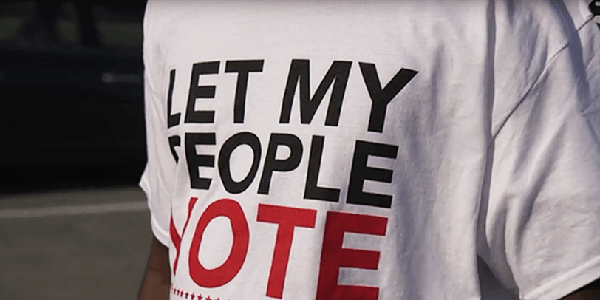 "The most recent court decision in Florida says that the state can require people to pay off those fines and fees before they are allowed to vote. That’s led to celebrities partnering with the Florida Rights Restoration Coalition to help people clear their fines and restore their right to vote. But even this approach is complicated, since the State of Florida doesn't have a central system for establishing how much people owe or certifying that they have fully cleared their debts."

Story: Whether or Not You’re Able to Vote in Jail May Come Down to Where You're Incarcerated

Report: Eligible, but Excluded: A guide to removing the barriers to jail voting

Working Paper: Locking up the vote? Evidence from Maine and Vermont on Voting from Prison
by Ariel white and undergraduate Avery Nguyen

Q: Florida passed a ballot measure in 2018 re-enfranchising many people with past felony convictions. What's been going on with that law lately, and what could it mean for the 2020 election?

A: Yes, Floridians passed Amendment 4 in 2018 with substantial support from voters of both parties. Since then it's been mired in legislative and legal battles over how exactly it should be interpreted. One key question is: What does it mean for someone to have completed a sentence?

Does that include paying any associated fines and fees? Legal debt is very common in Florida and elsewhere, and many people have limited means to pay off those balances — which leaves hundreds of thousands of people in limbo in terms of their voting rights. Research from Florida and other states has found that legal debt disproportionately burdens African Americans, who are less likely to have personal or family wealth that can clear those debts.

The most recent court decision says that Florida can require people to pay off those fines and fees before they are allowed to vote. That’s led to celebrities, including LeBron James and Michael Bloomberg, partnering with the Florida Rights Restoration Coalition to help people clear their fines and restore their right to vote.

But even this approach is complicated, since the State of Florida doesn't have a central system for establishing how much people owe or certifying that they have fully cleared their debts. This bureaucratic lacuna makes it hard for some people to be absolutely sure that they’ve met the requirements to regain their voting rights. Since there have been high-profile cases in other states in which people charged with additional crimes for voting when they weren't eligible, I think some people may decide voting isn’t worth the risk.

What does this all mean for the 2020 election? Well, it's Florida, so there's always the possibility of a very close election that gets determined by a handful of voters who do or do not manage to vote. But I'd caution against expecting big turnout among newly-enfranchised people under any circumstances. As I mentioned, people with past convictions have a lot of reasons to be skeptical of voting, and there's a lot of uncertainty about eligibility right now. And I think people also tend to overstate the partisan implications of helping returning citizens to vote: the Democratic edge among newly-enfranchised Floridians is not as large as you might think.

Really, if I had to choose one point to drive home about this situation to casual observers, I probably wouldn't talk about election outcomes. Instead, I think the problems in the Florida case have drawn our attention to how widespread, how life-disrupting, and how racially-disparate the experience of legal debt is for people who have passed through the criminal legal system. 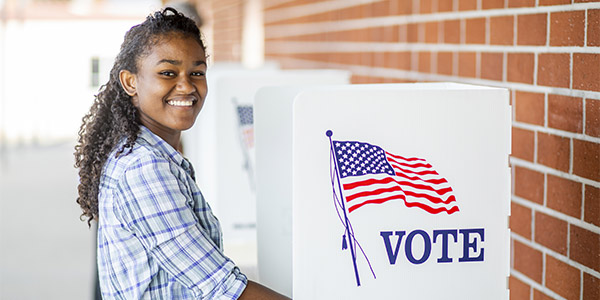 "The thing that gives me hope for America is the enormous number of people working towards strengthening democracy and facilitating democratic participation. This includes local and state election officials, my colleagues at the MIT Election Data and Science Lab, and a lot of ordinary people, including people from historically less-electorally-active groups, like young people."

Paper: The Future of Felon Disenfranchisement Reform
How partisanship and poverty shape the restoration of voting rights in Florida: by Michael Morse

Story: Arrest, Jailed, and Charged with a Felony. For Voting.
“It smacks of Jim Crow,” said Barrett Brown, the head of the Alamance County NAACP.

Q: In this time when democracy is imperiled, both in the U.S., and around the world, what gives you hope for our representative democracy? And what efforts by citizens do you think can be most effective in strengthening the democratic norms and infrastructure in the U.S.?

A: The thing that gives me hope is the enormous number of people working towards strengthening democracy and facilitating democratic participation. This includes local and state election officials, who have been doing so much with such limited resources to ensure that the election will run smoothly, even in the face of disinformation and political attacks. And it includes my colleagues at the MIT Election Data and Science Lab and the CalTech/MIT Voting Technology Project, who have been getting crucial information into the hands of journalists, election administrators, and voters. But it also includes a lot of ordinary people!

This election season, we've seen many, many individual citizens reaching out to their friends and neighbors to make sure they know how to register and cast ballots. That includes people from historically less-electorally-active groups, like young people. I was on a panel about voting rights a few weeks ago organized by students at Boston University, and when they told me it was scheduled for 7pm on a Friday, I thought "Pshaw, what college student is going to turn up to a Zoom session about voting rights on a Friday night?" But they turned up, and they asked amazing questions, and they told me about the outreach work they had been doing to make sure people knew how they could register and vote. I was blown away.

Ways to cast your vote in the 2020 Election

Ariel White: The Impact of Incarceration on Voting

Ariel White: Electing to vote — or not
How government, policies, and people affect voting behavior

A State-by-State Interactive Guide to Ways of Casting Your Ballot
Because of the pandemic, many voting rules have changed this year.
This interactive guide can you ensure that your vote is counted.

Which way of casting a ballot is best for you this year?
Latest news and research from the MIT Election Lab. The non-partisan MIT Election Lab conducts research and collaborates with other election experts and administrators across the country to help make voting in the U.S. safe, secure, trustworthy, and effective.