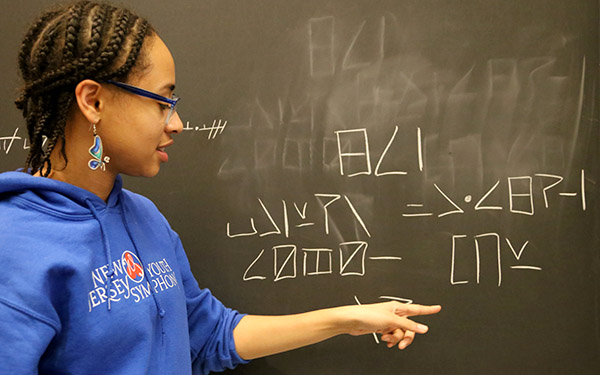 Alyssa Wells-Lewis '21, with a written sample of "dænikjə," her constructed language. The sentence reads: "We know that she can write." photo by Allegra Boverman

Some of the constructed languages — or "conlangs" — that MIT students have created include: a language designed for alien creatures who talk by tapping on their exoskeletons; a language that combines speech with sign language; and a language composed of shades of color. Each language also has a "backstory" about the imagined culture that uses it.

Wouldn’t it be great if there were an exclamation designed specifically to use when your cellphone battery runs out of juice? Or a word that perfectly captures the idea of doing something for no reason?

This semester, MIT students have been making up such words — but not for English, or any other known language. They are constructing entirely new languages — or "conlangs" — in a class that uses linguistics, the science of language, to supply the necessary building blocks.

One student, who took 24.917 / Constructed Languages this fall, created a language for underwater creatures who speak in shades of color. Another invented a language that combines speech with whistling. Senior Jessica Tang's new language is for spaceships that speak. "It's not a super logical premise," she says, "but it's a lot of fun facing the constraints. And, I like a lot of the words in 'spaceship-speak' because they are just really weird.”

Beyond imaginative premises, the challenge students take on in 24.917 is to create something that behaves in ways that are fundamentally different from the language(s) they already know. To achieve that, it’s useful "to understand something about how human languages actually work," says Professor Norvin Richards, a linguistic scholar who teaches 24.917.

Understanding how languages work is what the linguistics field is all about, and 24.917 provides a thorough introduction to the subject — including fundamental topics such as phonetics (making sounds), morphology (forming words), and syntax (developing phrases). The class, which debuted in 2018, has quickly become one of the most popular offered by MIT's top-ranked linguistics program. 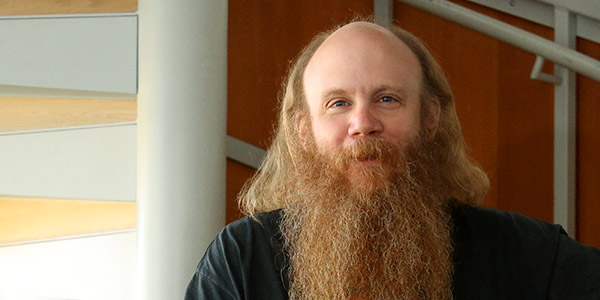 “A working hypothesis in linguistics is that part of being a human being is having the kind of mind that allows you to construct and use language in certain ways but not others.

We're trying to discover what those properties of the human mind are; what kinds of creatures are human beings?"

Language and the mind

“One of the things you discover when you begin to learn about language is that there are all sorts of things that we do effortlessly, without thinking about it, but that are quite complicated,” Richards says. For example, English has quite a strict rule for ordering adjectives — it's always “a big red car,” never “a red big car.” New English learners routinely have to memorize this far-from-universal rule, while native speakers may not even be aware of it.

“One of the goals of 24.917 is to show students some of what we know about how languages work thanks to all the work that’s been done in linguistics, which is the study of what exactly it is you know when you know a language,” Richards says.

When asked to elaborate, Richards explains, “There are certain kinds of linguistic tasks that people seem to invariably accomplish in the same ways, no matter what language they speak.” Linguists endeavor to explain why that is. “A working hypothesis is that part of being a human being is having the kind of mind that allows you to construct and use language in certain ways but not others,” Richards says. “We're trying to discover what those properties of the human mind are; what kinds of creatures are human beings?” 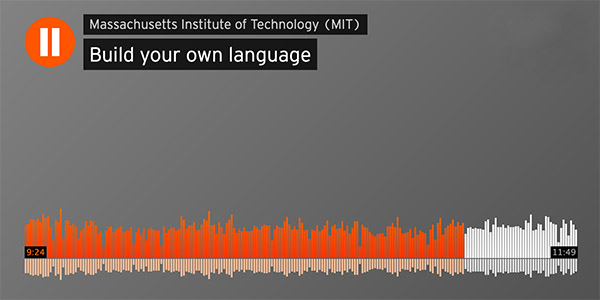 In this audio piece, you'll hear students describe and speak their new languages, and Professor Richards on the linguistics quest to understand the properties of the human mind:

24.917, which introduces students to some of the major quests of linguistics, is drawing many MIT undergraduate to explore the field more completely. Surprises abound.

Joseph Noszek, a senior majoring in civil and environmental engineering, says he has found it fascinating to learn phonetics — including the International Phonetic Alphabet (IPA), a system for pronouncing unfamiliar words. “We started out talking about how you get sounds though points of articulation and how you can group consonants based on where your tongue is, what your lips are doing, and how much air you’re letting out,” Noszek says. With this information, plus some familiarity with the IPA, he has found it possible to produce sounds he wasn’t familiar with before. “I find it mind-blowing that there is a technique for this,” he says.

Rebecca Sloan, a senior majoring in chemistry, echoed this sentiment, noting that students in 24.917 also watched speech videos recorded using magnetic resonance imaging (MRI), which enabled them to see how people used their speech organs to form sounds. “The most surprising thing for me in the class was being able to watch the MRIs of people saying words and realize that you can use that information to figure things out about different sounds,” she says. 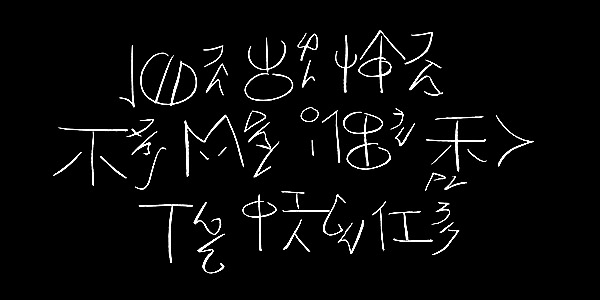 A conlang alphabet generated in 24.917; photo by Allegra Boverman

As our students learn how various languages form tenses, plurals, and kinship terms — as well as how they borrow and shape words taken from other languages — they learn how languages work, and they also gain the tools to create entirely new languages.

From Swahili to Klingon

Along the way, he even gives students some insight into the workings of two languages, Lardil and Wampanoag, in which Richards is a leading expert. For decades, Richards has worked with the Wampanoag people of Eastern Massachusetts as they have been successfully reviving their native language which, before the project began, had last been spoken in the 1800s. He has also spent years working to fight the obliteration of Lardil, an Aboriginal language once widely spoken on Mornington Island, Australia, but now nearly extinct.

As Richards outlines various linguistic behaviors — such as the forming of plurals or systems of agreement — he often includes examples from these languages. But not surprisingly for a class on constructed languages, Richards also includes examples from languages that were purposely designed — notably Klingon, which was created for the Star Trek entertainment universe, and Quenya and Sindarin, two languages created by J.R.R. Tolkien for his Lord of the Rings novels. (Richards will easily rattle off a few words of Klingon to make a linguistic point, but claims he speaks the language only “very badly.”)

“Klingon is useful in talking about morphology, which is the study of how we make words up out of pieces of words,” says Richards, noting that while English doesn’t have much morphology, Klingon does. It’s what is known as an “agglutinative” language, which means that it commonly forms new words by adding prefixes and even long strings of suffixes to root words. “It’s like a chemical reaction going on. You add these things, and words change from one thing to another.”

As students learn how various languages form tenses, plurals, kinship terms as well as how they borrow and shape words taken from other languages — they are gaining the tools to create entirely new languages. Richards says, “You present students with a little menu of the kinds of sounds you can make, and the students are picking and choosing and sometimes picking something that no language does.”

Other new languages to emerge from the class include a language designed to sound like beatboxing; a language that combines speech with sign language, packing meaning into both sounds and gestures; and a language designed for alien beings who make sounds by tapping on their exoskeletons.

“Our students get some idea of the kinds of things we work on in the linguistics field," says Richards, "and then they come up with all kinds of wonderful stuff."

Klingonese
a language created for the Star Trek universe

Quenya  / Sindarin
the Elvish languages created by J.R.R. Tolkien for his Lord of the Ring novels

3 Questions: David Pesetsky on the field of Linguistics

Donca Steriade: Searching for the building blocks of language

Danny Fox: Profile of the Anshen-Chomsky Professor in Language and Thought

The Quest for Intelligence
Imagine if the next breakthrough in artificial intelligence came from the root of intelligence itself: the human brain.

The Linguistics Society of America
A destination website, a trove of insight and information