October 2013 Edition
Published by the Office of the Dean
MIT School of Humanities, Arts, and Social Sciences

"Our goal is to empower MIT students — to help them serve the world well,  with innovations, and lives, that are rich in meaning and wisdom." 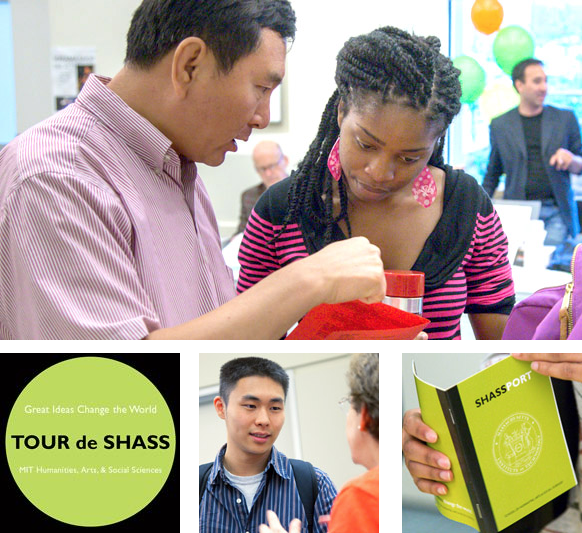 MIT Alumnus Robert J. Shiller wins the 2013 Nobel Prize in Economic Sciences
Shiller (SM'68, PhD'72), who is known for his work on the long-term fluctuations of asset prices in markets, will share the award with Eugene Fama and Lars Peter Hansen, of the Univ. of Chicago. The Royal Swedish Academy of Sciences announced that the award was being given to the three economists “for their empirical analysis of asset prices."
Story at MIT News

The PIE commission found that potentially valuable innovations occur throughout the advanced manufacturing sector—from academic labs to shop floors—and in companies of all sizes, from multinational conglomerates to specialized “Main Street” firms. However, there are holes in the “ecosystem” of advanced manufacturing in the United States—gaps that particularly inhibit innovative smaller firms. The report suggests that new policies, partnerships and programs can help create innovation-based growth and jobs. Many of the results are detailed in a new book, Making in America (MIT Press, 2013), written by Suzanne Berger, with the PIE Task Force. Berger is the Raphael Dorman-Helen Starbuck Professor of Political Science, and a co-chair of the MIT PIE Commission.

“There doesn’t seem to be anything inexorable about the rundown of the U.S. manufacturing economy. There is a great deal of optimism in our group.”

HISTORY
Ebony and Ivy | Craig Wilder
In Ebony and Ivy: Race, Slavery, and the Troubled History of America's Universities (Bloomsbury, 2013), Wilder, Professor of American History, and Head of MIT History, documents the manifold links between universities and the slave economy in colonial America. Kirkus Review writes: "A groundbreaking history that will contribute to a reappraisal of some deep-rooted founding myths.”
NPR Interview with Craig Wilder  |  Story at MIT News

ECONOMICS
Arnaud Costinot puts venerable Theory of Comparative Advantage to new uses
With the growth of China and Latin American economies, among others—many dissimilar countries, with wildly varying institutions, are trading with each other. “The comeback of Ricardian theory today is, in part, as a response to those trends,” Costinot says. Trade between developed and less-developed economies “is on the rise and it seems to be quite different. We may need new theories, or old theories and their extensions may be better suited to it.”
Story

L to R: The Triumph of Human Empire: Verne, Morris, and Stevenson at the End of the World, (University of Chicago Press, 2013), by Rosalind Williams; Ebony and Ivy: Race, Slavery, and the Troubled History of America's Universities (Bloomsbury Press, 2013), by Craig Wilder; Fighting for the Speakership: The House and the Rise of Party Government, by Charles Stewart III and Jeffrey Jenkins (Princeton University Press, 2012)

ECONOMICS
Angrist selected as a 2013 Citation Laureate in Economics
An annual list that uses Thomson Reuters citation data to predict researchers whose achievements and esteem in the scientific community (as measured by citations) make them potential candidates for the Nobel prize in their field. Angrist, Ford Professor of Economics at MIT, takes a rigorous empirical approach to labor market and education questions. Citations for his papers reflect significant interdisciplinary influence.
Overview + Interview

ANTHROPOLOGY
Natasha Schüll honored for Addition by Design | research on technology and gambling
Associate Professor Natasha Schüll of the Program in Science, Technology, and Society (STS) has received the Sharon Stephens Prize from the American Ethnological Society (AES) for her book, Addiction by Design: Machine Gambling in Las Vegas (Princeton 2012).
Story

HISTORY
Emma Teng named one of Ten Outstanding Faculty
Kappa Alpha Theta Fraternity has selected MIT Professor Emma Teng as one of Ten Outstanding Faculty honored nationwide for her "passion for inspiring her students, as well as her dedication to her own personal values." Teng, the T.T. and Wei Fong Chao Professor of Asian Civilizations, and an Associate Professor of China Studies was also named a MacVicar Faculty Fellow earlier this year.
Story


ECONOMICS
MIT's Jameel Poverty Action Lab launches a regional office for North America
Established in 2013, J-PAL North America is based at MIT in the Department of Economics, and works to improve the effectiveness of social programs in the U.S. and Canada through J-PAL's three core activities: research, policy outreach, and capacity building.
Story

ECONOMICS
Technology, Jobs, and the Middle Class  | David Autor and David Dorn
"Computerization is not reducing the quantity of jobs, but rather degrading the quality of jobs for a significant subset of workers....This bifurcation of job opportunities has contributed to the historic rise in income inequality. The good news is that middle-wage jobs are not slated to disappear completely.... How can we help workers ride the wave of technological change rather than be swamped by it?"
Commentary in the New York Times


CENTER FOR INTERNATIONAL STUDIES
Starr Forum | The unknowns surrounding Syria
At an MIT forum, foreign-policy experts discuss the complications of another potential military intervention in the Middle East.
Video of forum  |  Story


SCIENCE, TECHNOLOGY, AND SOCIETY
Digital slot machines are designed to addict | Natasha Schüll
"The particular addictiveness of modern slots has to do with the solitary, continuous, rapid wagering they enable...Some machine gamblers become so caught up in the rhythm of play that it dampens their awareness of space, time and monetary value."
Commentary in The New York Times

MUSIC
Jazz at MIT interactive timeline launched
The Jazz at MIT timeline — which includes audio recordings, images, videos, and text  — represents major activities, awards and honors celebrated by the MIT Festival Jazz Ensemble and other MIT jazz groups over the past five+ decades.

COMPARATIVE MEDIA STUDIES / WRITING
Profile | Heather Hendershot
MIT professor Heather Hendershot studies the conservative movement’s strategic use of television through the decades. "In unmatched detail, she has traced right-wing media from some of its overtly partisan founders in the 1950s and 1960s to the more refined, professional content developed by groups...in the 1990s."
Story

SHASS Social Media
Great ideas and images will come to you daily.
Take a look 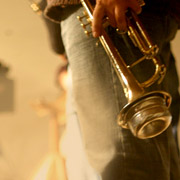