April 2014 Edition
Published by the Office of the Dean
MIT School of Humanities, Arts, and Social Sciences

“The future of our species depends on better policies for energy and climate issues — and that progress requires an informed public.”


Mens • Manus • Fortis
Over the past week,  MIT paused to observe the first anniversary of the Boston Marathon bombings and the death of MIT Police Officer Sean Collier, who was killed in service to our community. In her moving remarks at a ceremony of remembrance, Sara Ferry, an MIT graduate student who knew Collier, said, “Sean’s life was lost, but his spirit remains and has been amplified a hundredfold. This community has been strengthened by countless new bonds of friendship and support.”
Stories at MIT News  |  MITStrong  | Collier Fund  The Run: 24.8 Kilosmoots

KSJ Bootcamp cites communications as key to progress on climate change
The distinguished presenters at the KSJ Bootcamp on Energy and Climate Change emphasized that scientists have established the evidence about climate change, and journalists now have a crucial role to educate the public about its impacts. “The climate change crisis is no longer primarily a scientific problem. At this stage, it is a communications issue," said Scott Denning, Monfort Professor of Atmosphere Science at Colorado State University. In his remarks, Philip Hilts, director of the KSJ program said “The future of our species depends on better policies for energy and climate issues — and that progress requires an informed public.”
Story

MUSIC
MIT Chamber Music Society celebrates its 40th year
Of the anniversary, Marcus Thompson, Professor of Music, and Director of the CMS says, “MIT has gone from being a tech school to being a place that prepares people to take a leadership role in society. For leadership, you have to understand the human condition, ambiguity, how peoples’ thoughts and feelings are shaped, communities that are different from your own. These abilities are all cultivated by the discipline of music.”
Story |  MIT Chamber Music Recordings

MUSIC
Elena Ruehr receives 2014 Guggenheim Award
Ruehr, a lecturer in MIT Music, said the award will help her write an opera for "Roomful of Teeth," an eight-voice a cappella group that visits MIT his fall. Ruehr said that when she discovered she had been awarded a Guggenheim, "I wrote a little song. It's such an honor to get this validation."
Story  |  Website  |  MIT Spectrum: Music Resounding

DEVELOPMENT ECONOMICS
J-PAL, Duflo, and Banerjee receive the 2014 Albert O. Hirschman Prize
From the Hirschman commendation: "Like Hirschman, [Duflo and Banerjee] have been committed to the idea of producing new social scientific knowledge and so expanding frontiers of discovery while also confronting deep practical and ethical issues."
Commendation | J-PAL website 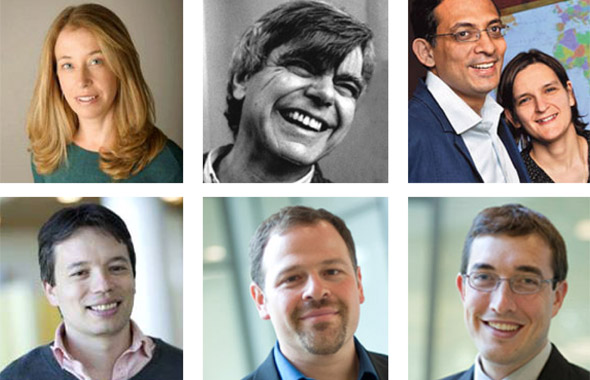 CENTER FOR INTERNATIONAL STUDIES
3 Questions: John Tirman on the warming U.S.-Iran relationship
"The United States and Iran have many overlapping interests on which they could find agreement. Part of it is an interest in bringing stability to the region....Iran has for the most part shown an interest in stability. One way to encourage that is an agreement on diplomatic relations, and then to get the nuclear deal done, which I think is quite feasible."
Story by Peter Dizikes at MIT News

CENTER FOR INTERNATIONAL STUDIES
What’s next for Ukraine?
The political conflict between Russia and Ukraine continues to evolve. At MIT, experts discuss the long-term implications of the Russian-Ukrainian conflict in Crimea, and suggested that the path forward is fraught with hurdles
Story by Peter Dizikes at MIT News  | Related: Commentary by Jim Walsh at WBUR 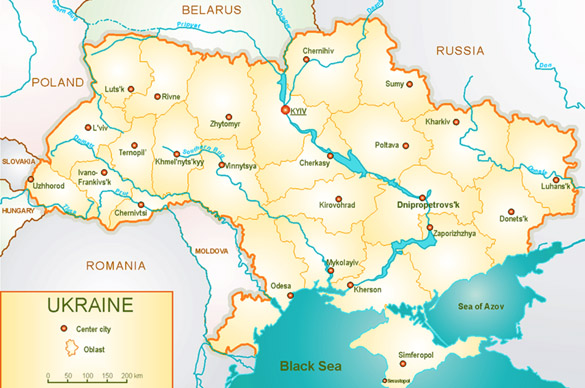 POLITICAL SCIENCE
A scholar who thinks globally and acts locally | David Singer
Political scientist David Singer produces innovative research on international financial policy. "As a political scientist, my goal is to try to explain why governments make the decisions that they do, and why outcomes seem to happen,” Singer explains. “If we can come up with some explanation for why some banking systems are more resilient than others, we need to get it out into the broader discussion.”
Story by Peter Dizikes at MIT News

HUMANITIES
Gallery of Digital Humanities
The work going on in digital humanities and new media is one expression of the innovation that characterizes the Humanities more broadly. Using computational tools and methods, MIT humanities scholars are opening new lines of research and discovery, revitalizing the study of objects from the past, and asking questions never before possible.
More

FACULTY PUBLICATIONS
Bookshelf
The research of MIT's School of Humanities, Arts, and Social Sciences appears principally in the form of books and publications, and music and theater productions. These gems of the School provide new knowledge and analysis, innovation and insight, guidance for policy, and nourishment for lives.
Take a look

Acclaimed cellist Carlos Prieto is the recipient of the 2014 Muh Award, presented bienially by MIT’s School of Humanities, Arts, and Social Sciences. Prieto will give a lecture entitled "The Adventures of a Cello," and will also perfom an excerpt from J.S. Bach's Cello Suite No. 3 in C Major, BWV 1009. The lecture and performance will be followed by a public reception.
Story and full information

SCIENCE, TECHNOLOGY, AND SOCIETY
Dance of the Elementary Particles | David Kaiser
A commentary from David Kaiser, MIT Germeshausen Professor of the History of Science, on the recent news about the detection of primodial gravity waves.
Article at London Review of Books Blog | Kaiser web profile

THEATER ARTS
Artists in Conversation | Interview with MIT theater director Jay Scheib
"There is this sense of structured mayhem [in your plays]...some of which seem tied to plot and character, and some of which seem almost ad hoc...That distribution of energy between what seems structured and what seems out of control—is that something you think about?"
Interview | Jay Scheib website | MIT Profile

ECONOMICS
Is the American middle class losing out to China and India?
Entering the fray, three economists — David Autor of MIT, David Dorn of the Center for Monetary and Financial Studies in Spain, and Gordon Hanson of the University of California, San Diego — have analyzed the employment consequences of globalized trade and technological advance.
Story at The New York Times 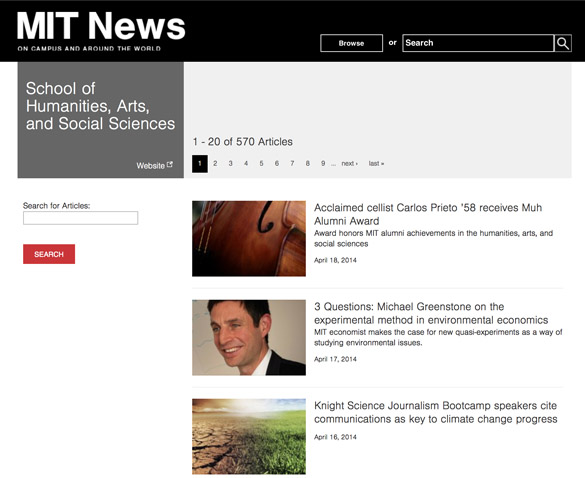 GAME LAB | A SHASS RESEARCH GROUP
How "Home Plate" lives up to its name | Abe Stein
Home plate is not so much a station as it is a threshold or boundary. Most obviously, it defines the strike zone through which the ball must pass to be called a “strike,” a fundamental part of the contest between pitcher and batter.
Essay in The Atlantic

COMPARATIVE MEDIA STUDIES
One of my favorite classes | MIT Admissions Student Blogger Allan K. '17
"One of my favorite classes this year is CMS.100, Introduction to Media Studies, taught by Ian Condry. He's a cultural anthropologist; his latest book The Soul of Anime, examines the notion of "collaborative creativity" in the context of Japanese anime production and propagation through worldwide fan communities."
Commentary in full

INTERNATIONAL STUDIES
The Ukranian paradox | Jim Walsh
The popular view, that the U.S. must punish the wrongdoers, is one part sanctimony and one part naiveté says Walsh. He argues that acting on justified moral offense rather than clear-eyed strategic interest, is more likely to increase the price we all pay.
Story

SCIENCE, ARTS, AND HUMANITIES
The Scientist as Storyteller
How do scientists draw on the humanities and arts for their research? In this video, geologist Kip Hodges (PhD'82) shares how the literary arts help shape and sustain his research. Hodges is an MIT alumni, former MIT Professor of Geology, and recipient of MIT's highest recognition for teaching excellence. He is currently the Foundation Professor of Geology and a Founding Director of the School of Earth and Space Exploration at Arizona State University.
Video 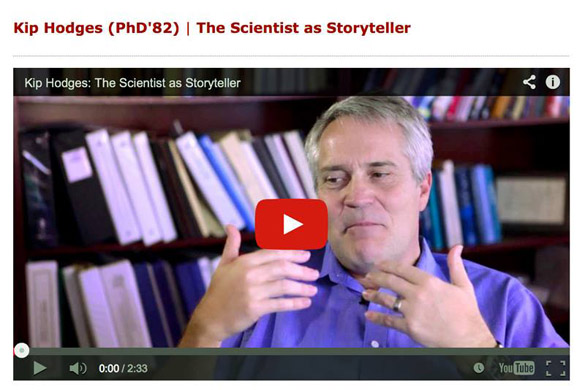 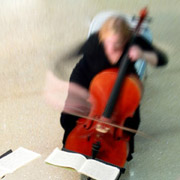