April 2015 Edition
Published by the Office of the Dean
MIT School of Humanities, Arts, and Social Sciences

"Whatever our background, a fair and viable justice system is one of the bedrocks of American democracy." 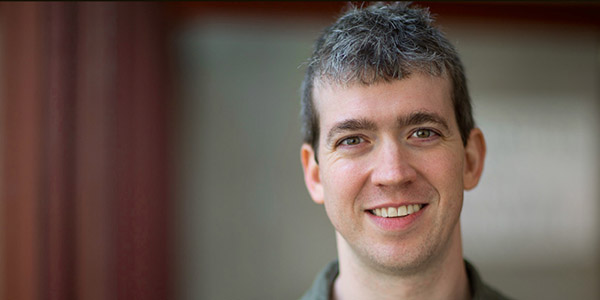 For a taste of Bahr's teaching style, watch this 3-minute video: Why Study Medieval Literature?

SCIENCE, TECHNOLOGY, AND SOCIETY
Jennifer Light receives 2015 honorary degree from Illinois Institute of Technology
Professor Light is a historian and sociologist of science and technology. Her studies of past efforts to solve social and political problems using scientific methods and technological tools show how humanistic inquiry can inform the work of scientists and engineers.
More

Understanding the past is a source of social innovation in our own time.
Melissa Nobles, Arthur and Ruth Sloan Professor, and Head of Political Science at MIT, researches historical injustices in democracies. SHASS Communications spoke with Nobles recently about the ongoing aftermath of shooting deaths in Ferguson, New York, and Cleveland, and what her research suggests about current efforts to advance civil rights in America and the possibilities for restorative justice.
3 Questions interview with Melissa Nobles 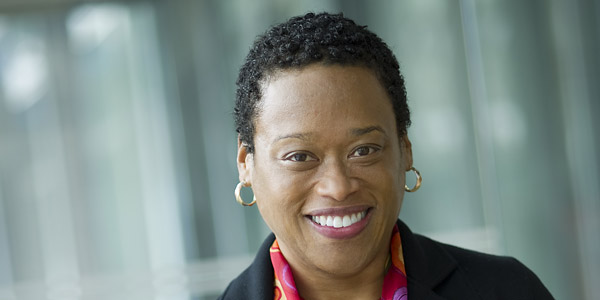 “Filling in history and finding analogies to our own times may give people a greater understanding of why black Americans see events as driven by race, and oftentimes white Americans do not. It is a shared historical burden."


SCIENCE WRITING
Black Hole shows how the general theory of relativity was revived | Marcia Bartusiak
"For more than half a century, physicists and astronomers engaged in heated dispute over the possibility of black holes in the universe...the weirdly alien notion of a space-time abyss from which nothing escapes—not even light." In her latest book, Bartusiak, a Professor of the Practice in MIT's Graduate Program in Science Writing, shows how the concept of black holes "helped revive Einstein's greatest achievement, the general theory of relativity, after decades during which it had been pushed into the shadows."
About the book | Bartusiak website | MIT SHASS Bookshelf


ORIGINS OF HUMAN LANGUAGE
The rapid rise of human language | Shigeru Miyagawa
At some point, probably 50,000 to 100,000 years ago, humans began talking to one another in a uniquely complex form. In a new paper, Miyagawa, Professor of Linguistics and Kocki-Manjiro Professor of Japanese Language and Culture, contends that human language likely developed quite rapidly into a sophisticated system: Instead of mumbles and grunts, people deployed syntax and structures resembling the ones we use today.
Story by Peter Dizikes at MIT News


PHILOSOPHY
Philosopher Robert Stalnaker solves problems the MIT way
While working in a famously esoteric field, Stalnaker has focused on real-world concerns, catalyzing and providing the underpinnings for new research in many other areas, including game theory, linguistics, decision theory, and economics. “He has been a foundation of our intellectual community in the philosophy section," says Sally Haslanger, Ford International Professor of Philosophy, "fostering a collaborative mode of doing philosophy together that has produced some of the most creative and influential philosophers of the past quarter-century."
Story by SHASS Communications 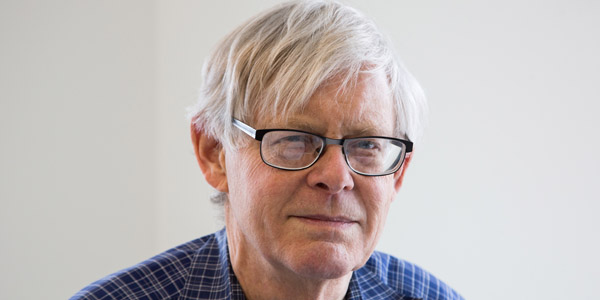 HEALTH CARE
Measuring health care | Amy Finkelstein
With the limited expansion of Medicaid to low-income residents of Oregon, Amy Finkelstein spotted an opportunity to bring the gold standard in scientific research — randomized trials — to one of the most pressing questions of the day.
Story at MIT Spectrvm

ECONOMICS
The Economics of Retirement | James Poterba
The retirement landscape is changing. Although there is no universal answer to "How much savings is enough?" MIT economist James Poterba’s research suggests that most of us should probably be saving more.
Story by Peter Dizikes at Tech Review


What's innovative about the work of the Governance Lab?
"Innovation is not just about technology," says Tsai. "A key part is social and political: Technology has to work in real contexts.... Fundamentally, poverty and development are political problems. My personal motivation for starting GOV/LAB was to help figure out how to make governments more accountable and responsive to their citizens. This is important not just because it is what democracy is all about, but also because it’s impossible to get better development unless we increase citizen voice and increase government accountability."
Interview with Lily Tsai at MIT Spectrvm

As a PhD student at the MIT GOV/LAB, Armstrong aims to find the sweet spot where innovation makes a positive difference. “Technology companies don’t have the resources to study whether what they are doing is having the intended effects,” he says. “What GOV/LAB can do is put these organizations to the test.”
Story


GOV/LAB Abroad | Nina McMurry
McMurry was in South Sudan, working to improve governance in the war-torn nation in the wake of independence, when she realized she needed more skills and knowledge for the task. Attracted to MIT by the GOV/LAB's hands-on research, McMurry's says, “MIT really focuses on research to solve problems in the world, in addition to contributing to theoretical knowledge."
Story 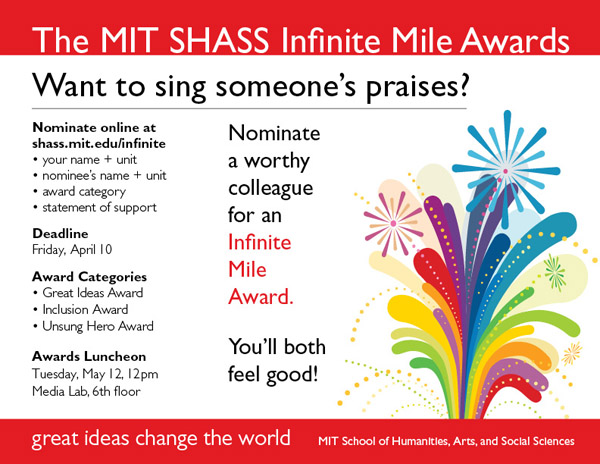 CELEBRATING EINSTEIN
The 100th anniversary of the General Theory of Relativity
Wherever you may be on the space-time continuum, it’s time to celebrate! This year marks the one hundreth anniversary of Einstein’s general theory of relativity, and to honor the occasion MIT SHASS and Physics faculty have organized Celebrating Einstein — a series of April events connected with the Cambridge Science Festival.
Story by SHASS Communications  | Related: Black Hole by Marcia Bartusiak


MUSIC + STEM
Two MIT undergraduates on team developing app to display musical theory visually
Harvard music professors Alexander Rehding and Ingrid Monson are collaborating with two MIT undergraduate students, Adam Caplan-Bricker ’16 and Varun Ramaswamy ’15, to develop a Web application to depict the insights of music theory—visually. The students bring an understanding of both music theory and computer science to the project. "They can parse the structure of music into the language of programming, using the deep mathematical sensibility shared by both fields,” says Rehding.
Story at Harvard Magazine

PUBLIC ENGAGEMENT WITH SCIENCE
How to rewire climate change communication

This MIT event, part of the MIT Conversation on Climate Change, featured journalists, scientists, and policy experts who explored how to improve communication about climate change. Tom Levenson, Professor of Science Writing, and Head of the Graduate Program in Science Writing, noted that a key for people being able to internalize the significance of climate change is memorable storytelling: “If you wish to communicate with human beings in ways that they will remember, you need a story," he said.
Story at MIT News | Video of event | MIT Climate Change Idea Bank

Submit your idea(s) to the MIT Climate Change Idea Bank
e.g., ideas on how expertise and research from the humanities, arts, or social science fields can contribute to MIT's climate and sustainability initiatives

LINGUISTICS
Wondering what the Fed’s statements mean? Be patient | David Pesetsky
New York Times columnist James B. Stewart wonders if our language is up to the task of conveying the layered economic calibrations of the Federal Reserve Board. Of the Fed's sometimes hard-to-parse announcements, MIT’s David Pesetsky says, “My feeling is that such language doesn’t necessarily violate a commitment to transparency, while at the same time it is less informative than it might be.”
Story

COMPARATIVE MEDIA STUDIES / WRITING
Make a game out of learning | Eric Klopfer and Scot Osterweil
Slate explores the “gamification” of education, citing the work of the Education Arcade, a joint research group of SHASS and SA+P. “There should still be rigor,” project director Scot Osterweil says, "and kids should be guided to explore topics they may not have known they were interested in. But, learning should still be damn near all play, all the time.”
Story

Let us know about your forthcoming book, or major paper publication
Send-Publications

Fulbright-Hays Grant Competitions for 2015 | Applications due April 28, 2015
The International and Foreign Language Education office of the U.S. Department of Education has announced the Fulbright-Hays Doctoral Dissertation Research Abroad grant program competition. The award funds individual doctoral students who conduct research, in other countries, in modern foreign languages and area studies. Funding is for periods of six to 12 months.
Full program information 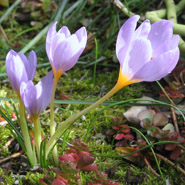