November 2016 Edition
Published by the Office of the Dean
MIT School of Humanities, Arts, and Social Sciences

“MIT is very proud to celebrate Bengt Holmström’s Nobel prize for economics. His foundational research in contract theory, which has provided practical tools for many areas of modern society, represents the Institute's profound commitment to basic research that can generate new understandings of the human complexities — the political, cultural, and economic realities that shape our existence."

ECONOMICS
Bengt Holmström awarded the 2016 Nobel Prize for Economics
Holmström, the Paul A. Samuelson Professor of Economics, is a co-winner of the 2016 Sveriges Riksbank Prize in Economic Sciences in Memory of Alfred Nobel. He shares the prize with economist Oliver Hart, of Harvard University. A member of the SHASS Department of Economics, Holmström also has a joint appointment in the Sloan School. "Bengt has been a much-admired citizen of MIT since 1994," said Dean Nobles, "and on behalf of the entire community, I want to wish him — and Oliver Hart — our warmest congratulations."

“This award is a testament to the influence of Bengt's work on contracts, incentive theory, and the internal organization of the firm, which has fundamentally reshaped not just the way we think about these topics but the entire field of economics.”

GLOBAL STUDIES AND LANGUAGES
Bruno Perreau receives France's highest honor for academics
Perreau, the Cynthia L. Reed Professor of French Studies, has been appointed to the Order of the French Academic Palms in recognition of his exemplary academic contributions. “Being named a chevalier in l'Ordre des Palmes Académiques came as a surprise," Perreau said. "I feel very honored by such a distinction, which recognizes my effort to build a bridge between France and the U.S.”
Story by SHASS Communications


POLITICAL SCIENCE
Suzanne Berger receives the Powell Mentoring Award
The honor, presented by the Comparative Politics Section of the American Political Science Association, is awarded on a bi-annual basis to a political scientist who has demonstrated an outstanding commitment to mentoring graduate students in comparative politics.
American Political Science Association website

MIT's School of Humanities, Arts, and Social Sciences is pleased to announce that nine members of its faculty have been awarded named professorships. These honored positions afford faculty members additional support to pursue their research and develop their careers. “These outstanding faculty members have each made major contributions to the School, the Institute, and their fields,” said Dean Melissa Nobles.

LINGUISTICS
Sound system | Norvin Richards
In his new book, Contiguity Theory, Richards explores how our voices shape the rules of grammar, that is, how the sounds of languages have hugely influenced their syntax. Richards believes that phonology — the study of sound in language — must become more signifIcantly integrated with syntax, to better grasp why languages each have their specific rules. When studying syntax, Richards says, “We’ve been missing the deepest level of explanation.”
Story by Peter Dizikes at MIT News | About the Book | Richards webpage

COMPARATIVE MEDIA STUDIES
Changing the face of conservatism in the U.S. | Heather Hendershot
In her new book, Open to Debate: How William F. Buckley Put Liberal America on the Firing Line, Hendershot explores the impact of Buckley’s "Firing Line" program and provides a history of American public intellectual life between the 1960s and 1980s. She also holds up "Firing Line" as a compelling model of engagement with political opponents — a kind of engagement that's missing from politics today.
Story by Peter Dizikes at MIT News | About the Book | Hendershot website Twelve Research-Based Perspectives
The 2016 presidential election has brought to the fore a number of political, economic, and cultural issues that scholars in the MIT School of Humanities, Arts, and Social Sciences (MIT SHASS) think about deeply as part of their ongoing research. Here, twelve faculty members offer their perspectives on topics ranging from economic security to gender bias to the state of the U.S. electoral system itself.

POLITICAL SCIENCE
Electing to Vote — or Not | Ariel White
Understanding how government, policies, and people affect voting behavior. White traces the drive to explore the human-behavior side of voting to her post-college work in a legal aid office, where she saw "how draining it can be to have awful experience after awful experience with a benefits offices, say...and how that can shape people’s whole view of government.”
Story by Sarah Baldwin


POLITICAL SCIENCE
How healthy is the U.S. voting system? | Charles Stewart III
Stewart explains why the U.S. electoral system is strong and how MIT research is making the voting process even more seamless. “Since the year 2000, there has been a lot of progress in how America votes," says Stewart. "Providing practical, hands-on help is typical of the work MIT does in this as in other arenas. Our unique voice is scientific, being impartial, trying to be helpful."
Story by SHASS Communications

What is Wild? 3Q with historian Harriet Ritvo

Scientists, social scientists, and humanists explored the question during a workshop convened at MIT by Harriet Ritvo, Arthur J. Conner Professor of History at MIT, and Sally Shuttleworth, professor of English literature at the University of Oxford. The "Call of the Wild" workshop featured presentations spanning disciplines from biology to astrophysics to history and literature.
Interview by SHASS Communications + Workshop Report “‘Wild’ is a very powerful category now, as it has been for many centuries. The emotional or ethical response to this power, however, has recently altered. For most of history, to call something ‘wild’ was to express disapproval, but...as wildness has come to seem less threatening and more threatened, people have come to like it better.”

SCIENCE, TECHNOLOGY, AND SOCIEITY
On the origins of Schrödinger’s cat fable | David Kaiser
“Although Schrödinger’s cat flourishes as a meme to this day, discussions tend to overlook one key dimension of the fable: the environment in which Schrödinger conceived it in the first place. It’s no coincidence that, in the face of a looming World War, genocide, and the dismantling of German intellectual life, Schrödinger’s thoughts turned to death and destruction…. Schrödinger’s cat served, in its day, as synecdoche for a broader world that had become too strange — and, at times, too threatening — to understand.”
Article at Nautilus

ECONOMICS
Making a splash in health care economics | Profile of Heidi Williams
Since she was a graduate student, Williams has kept a list of research questions that intrigue her, and she has developed a distinctive method of trying to answer them. For each new study, she essentially builds an all-new data set from the ground up, linking scientific records about medical research with economic and financial records. “That linkage is what I find most exciting,” says Williams. “MIT is wonderful because in addition to [finding] an amazing home in economics, I can talk with and learn from a lot of people on the science side.”
Profile at MIT News by Peter Dizikes

“This impressive study, combining original ideas, theoretical acumen, and rich and often novel empirical data, offers explanations for many open and fundamental problems about the structure of linguistic expressions, at the same time posing a fascinating challenge to some standard assumptions about the general architecture of language. It is a major contribution, sure to be influential.” — Noam Chomsky

The School of Humanities, Arts, and Social Sciences is very pleased to present the newest members of the MIT SHASS faculty. They come to us with diverse backgrounds and vast knowledge in their areas of research, which include public policy and labor markets; social inequality and technology; stochastic choice; media; ethical theory; and voting rights.
Meet the new SHASS faculty members

CENTER FOR INTERNATIONAL STUDIES
Lourdes Melgar SM '88, PhD '92 named Wilhelm Fellow
Mexico's former deputy secretary of energy for hydrocarbons will write on Mexican energy reform and research women. Melgar has played a central role in the design and implementation of Mexico’s historic energy reform. Her vision and leadership resulted in the inscription of key elements, including the electricity reform and the social component of the sustainability principle in the new regulatory framework.
Story by Michelle Nhuch 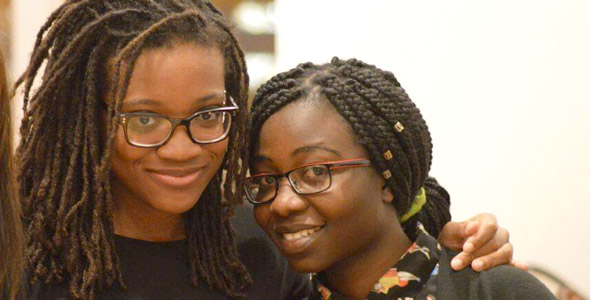 “Being a black woman at MIT is a very particular experience. To compare the experience with others going through it is very powerful and uplifting.”

LITERATURE
Sandy Alexandre joins East Campus as associate head of house
“A lot of life is lived and a lot of thinking hatches outside the classroom, and I wanted to be a part of cultivating those things,” Alexandre said. “I’m excited to help build community in East Campus, because it’s an important way of ensuring that we have a bright future.”
Story at MIT News

KNIGHT SCIENCE JOURNALISM PROGRAM
David Corcoran named associate director of the KSJ Program at MIT
The former science editor at The New York Times joins KSJ. “We are thrilled to have David join the KSJ staff,” said program director Deborah Blum. “He brings an international reputation for excellence, emphasizing our mission of both supporting and illuminating the profession of science journalism.” Corcoran will help manage the KSJ fellowship program and will serve as a senior editor for Undark, KSJ's online science magazine.
Story at MIT News | Undark magazine 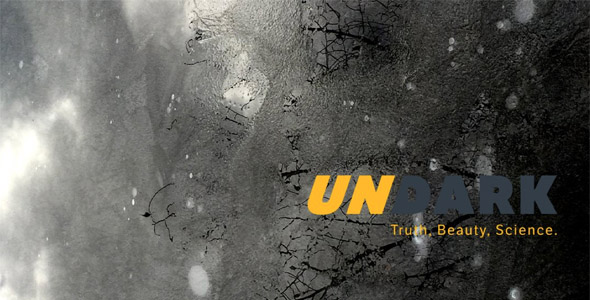 MIT SHASS In the Media
For more of the many recent media stories about SHASS research and faculty, visit:
In the Media Section | November 2016

PHILOSOPHY
Challenging harmful ideologies in belief and practice | Sally Haslanger
In this podcast from the UpClose Series, Haslanger discusses what ideologies are, how they work, and how to challenge ideologies like racism or sexism that entrench injustice or privilege.
Listen: Haslanger podcast | UpClose Series


COMPARATIVE MEDIA STUDIES
Meeting ‘the Other’ Face to Face | Fox Harrell
“The Enemy,” underway at M.I.T., is the result of a collaboration between the noted photographer Karim Ben Khelifa and Fox Harrell, an associate professor of digital media. It holds the promise of opening up new frontiers for the integration of journalism and art in a socially oriented 21st-century performance piece poised at technology’s cutting edge.
Story at the New York Times 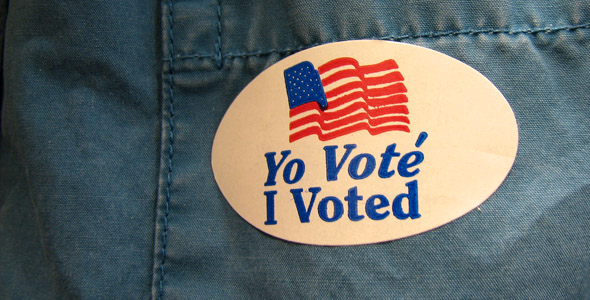 About the MIT education
The power of STEM + SHASS at MIT