March 2016 Edition
Published by the Office of the Dean
MIT School of Humanities, Arts, and Social Sciences

Through his research and teaching, MIT historian of technology Clapperton Mavhunga reveals that innovative technology can emerge in many and varied circumstances around the globe — and not only in labs.

MUSIC
Patricia Tang named a MacVicar Faculty Fellow
“It is a tremendous honor to be selected as a MacVicar Faculty Fellow. I am truly humbled," said Tang. "As an ethnomusicologist, I love many aspects of my job, but there is nothing more gratifying than sharing my passion for African music with MIT students, and giving them tools to better understand music and its broader cultural contexts."
Story at MIT News  |  Archive story: Global Drumbeat: Profile of Patricia Tang 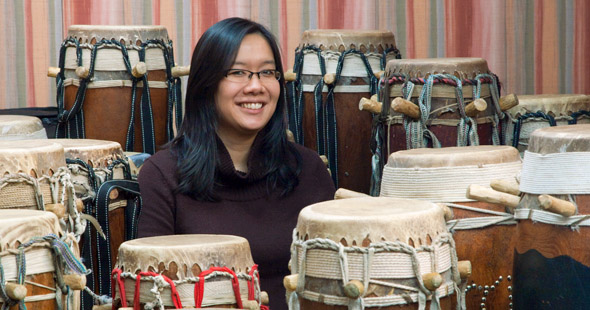 ECONOMICS
Trading places | David Autor
MIT economist Autor takes a look at the evidence that the U.S. has lost millions of jobs to China and finds that lower-skilled workers are on "a permanently lower [wage] trajectory." His research reinforces for policymakers that trade policy does not stand apart from larger issues concerning the social fabric of America. If we now recognize "that trade has very strong disruptive effects,” Autor says, “then what do we do about it? What is the right policy?”
Story by Peter Dizikes at MIT News

SCIENCE, TECHNOLOGY, AND SOCIETY
African technology | Clapperton Mavhunga
Mavhunga’s research illuminates the abundant and sophisticated technology of Africa. ”People once thought there was no science in Africa, he says, because they could not identify the “scientist” or “engineer.” And yet, he points out, throughout the 19th and 20th centuries, Western universities and governments sent one scientific expedition after another to Africa to collect plant samples and medicinal knowledge discovered and developed and by spiritual healers. “Without taking stock [of] the spiritual [life in Africa],” he says, “it’s impossible to understand how African knowledge comes to be produced.”
Story by Peter Dizikes at MIT News  | Mavhunga webpage 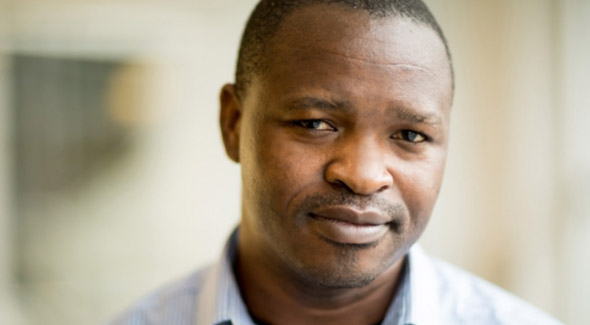 CENTER FOR INTERNATIONAL STUDIES
MIT entrepreneur-repats in Africa
Entrepreneurs returning home to Africa find great promise and many challenges. Students come to MIT from across Africa, totaling about 3% of the Institute’s population. Some stay in the U.S. after graduation, but many return to Africa, often as entrepreneurs. What is life like for these repats, who are building businesses as they reacquaint themselves with their home countries?
Story at MIT News

GLOBAL STUDIES AND LANGUAGES
How U.S. immigration law fueled a Chinese restaurant boom | Heather Lee
Legal historian and Mellon Fellow Heather Lee's research discusses a law that enabled Chinese business owners to travel to China and bring back employees, a policy that fueled a quadrupling of Chinese restaurants in America between 1910 and 1930.
Story at NPR | Lee webpage

POLITICAL SCIENCE + NEUROSCIENCE
Perceived threats and policy | Marika Landau-Wells
“My hope is that the theory and language and framework I’m building will help people understand why they disagree about policies made in response to perceived threats,” says Political science PhD student Marika Landau-Wells. "These threats,” she explains, can range from nuclear weapons to influxes of immigrants."
Story at MIT News | Landau-Wells webpage | Video: Threat perception as a cause of war

MUSIC
Boston's creative jazz scene | Mark Harvey
In this recording and book set, Harvey details the development of The Boston Creative Jazz Scene, 1970-1983. Harvey, who has been deeply involved in Boston jazz, is an author, composer/musician, artistic director of the Aardvark Orchestra, and senior lecturer in MIT Music.
Review at All About Jazz | Review at Flea Market | Harvey webpage


THE HUMAN FACTOR SERIES
Solving the economic, cultural, and political dimensions of major global challenges
The ongoing Human Factor series highlights research and perspectives on the human dimensions of global challenges. Contributors describe humanities, arts, and social science research that generates social innovation, and share ideas for cultivating the sociotechnical collaborations needed to solve the major issues of our time.
Browse the series 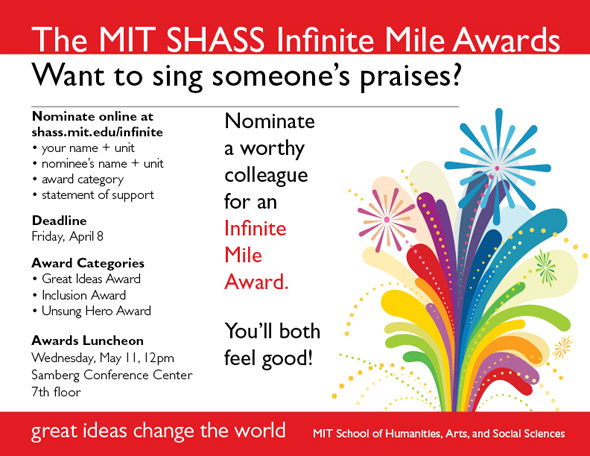 
MIT PHI BETA KAPPA
MIT PBK Chapter to welcome Visiting Scholar Mae Ngai on April 6-7
The MIT campus chapter will host a PBK Visiting Scholar, Professor Mae Ngai, from the History Department at Columbia University, on April 6-7. Professor Ngai will give a public lecture, "The Chinese Question and Global Politics in the Nineteenth Century" at 5pm on April 6.
More information at PBK

SHASS In the Media | March 2016
For more of the many recent media stories about SHASS research and faculty, visit the complete
In the Media section

ECONOMICS | COMPTON LECTURE
Christine Lagarde: Thinking globally, speaking locally
In her March 3 Compton Lecture at MIT, the IMF managing director called for new technology and policies to reckon with population growth. In a sweeping overview of global demographics and their effects on our civic structures, Lagarde said “The fiscal policy responses and technological innovation are especially important parts of the solution.”
Video | Story at MIT News


DEVELOPMENT ECONOMICS
Ideas on a shelf help no one. Take them to the world.
“Distributing, promoting, and lending continuous support to good ideas for fixing the world's woes is as critical a task as thinking them up in the first place.” Story spotlights successful HIV prevention project developed by Noam Angrist, a former JPAL researcher and student of MIT economist Esther Duflo. The HIV prevention project is based on research by MIT's Pascaline Dupas.
Story at New York Times | Research Page at JPAL

MUSIC
3Q with Eran Egozy | World-premiere concert that the audience helps perform
Egozy discusses “12,” a chamber music work debuted by the Radius Ensemble on March 5 at MIT. Egozy, who teaches courses in interactive, high-tech music at MIT, performs in Radius and created the digital program used for the audience/smartphone-driven percussion in "12." Egozy is the co-founder and former chief technology officer of Harmonix.
Story at MIT News | Egozy webpage at MIT Music

The Radius Ensemble; Eran Egozy at right with clarinet

PHILOSOPHY AND CLIMATE CHANGE
Is this who we are?  | Sally Haslanger
“I am also impressed by many elements of ‘A Plan for Action on Climate Change’ … I am concerned, however, with some of the reasoning about the significance of divestment and the decision not to create an Ethics Advisory Council. Ethics and social meaning are topics that fall squarely in the humanities, arts, and interpretive social sciences. Might it be worth considering what MIT’s experts in these areas have to offer?”
Commentary: Faculty Newsletter Jan/Feb 2016 | Related: MIT agreement on climate-related action


HISTORY
Harvard drawn into race battle at U.S. universities | Craig Wilder
In an article on campus debates about racially-charged language, MIT historian Craig Wilder explains that “the continuing conversation about the legacy of slavery on campus has been stirred by the current activism of students — in part inspired by the Black Lives Matter movement — and not by the institutions themselves.”
Story at the BBC | Wilder webpage

COMMUNICATIONS FORUM
Podcast and summary: Is there a future for in-depth science journalism?
Traditional media outlets have been facing budget cuts and layoffs for years, with specialized reporters often among the first to go. Yet last year, Boston Globe Media Partners made a significant investment in launching STAT, a new publication that focuses on health, medicine, and scientific discovery. STAT‘s leadership and reporting team discuss how the field of science journalism is changing. Moderated by Seth Mnookin, MIT Associate Professor of Science Writing.
Podcast + Summary | Communications Forum

ECONOMICS AND RETIREMENT
Annuities as an alternative to shaky markets? Not so fast | James Poterba
The New York Times explores the benefits and dangers of annuities, citing retirement savings research by MIT economist James Poterba.
Story at New York Times

ECONOMICS AND AMERICAN JOBS
The recovery is generating more high-wage jobs — but does that matter? | David Autor
Research by MIT economist David Autor is cited in an article on the pace of the U.S. economic recovery and the quality of jobs available.
Story at the Washington Post | Autor webpage