November 2014 Edition
Published by the Office of the Dean
MIT School of Humanities, Arts, and Social Sciences

“With this new initiative, we want to look at illness
and disease from multiple perspectives, not only
as a matter of individual physiology. This means
also thinking through the political, economic, social,
and cultural determinants of health.

ECONOMICS
James Poterba awarded the Daniel M. Holland Medal
The National Tax Association made the award to Poterba for outstanding contributions to the study and practice of public finance. The Mitsui Professor of Economics, Poterba is the first MIT faculty member to receive the Holland Medal, which was established in 1993 to honor the late Daniel E. Holland, a longtime member of the MIT Sloan faculty.
Story

LINGUISTICS
DeGraff receives award from Haitian Studies Association
"I accepted the award as another kudo to our MIT-Haiti Initiative, another signal of a historic shift in attitudes about Kreyòl. This weekend, many of the sessions [at the HSA conference] were in Kreyòl."
HSA of UMB | MIT-Haiti Initiative  | Video: Teaching in Kreyòl

ANTHROPOLOGY
Stefan Helmreich gives Morgan Lecture in Anthropology
Helmreich, Elting E. Morison Professor in Humanities, and Head, MIT Anthropology delivered the 2014 Lewis Henry Morgan Lecture, one of the most anticipated annual events in the discipline of anthropology. He spoke on "Waves: An Anthropology of Scientific Things."
Announcement  | About the Morgan Lectures

SCIENCE, TECHNOLOGY, AND SOCIETY
Historian/engineer David Mindell named AAIA Associate Fellow
“It is great honor to be selected by the American Institute of Aeronautics and Astronautics," said Mindell. “As aerospace engineering grapples with the critical importance of human beings in robotic and unmanned systems, it is heartening to see that the profession values humanistic perspectives.”
Story

LITERATURE + MECHANICAL ENGINEERING
I'm studying poetry to be a better engineer, and here's why
"Poetry is such dense, compact form of language. It packs pages and pages of meaning into just a few verses... reading a piece where every syllable, every punctuation mark, every line, is carefully considered...it's a breath of fresh air. And that ability to convey lots of meaning very succinctly is vital in any walk of life. As one of my NASA supervisors told me over the summer, “Nobody cares unless you tell a story.”
Full commentary by Michael C. '16, Course 2

A new MOOC also has positive impact in the classroom at MIT
This fall, MIT Professor Shigeru Miyagawa taught his "Visualizing Japan" course to both online and residential students. MIT students in the residential class were assigned the MOOC video lectures and quizzes to complement their classroom work. As a result, students arrived in class well prepared to discuss the material, which increased classroom conversations significantly, and made the class more fun for both students and the professor. “I don’t think I can ever go back to a pure lecture-style teaching,” says Miyagawa.
Story 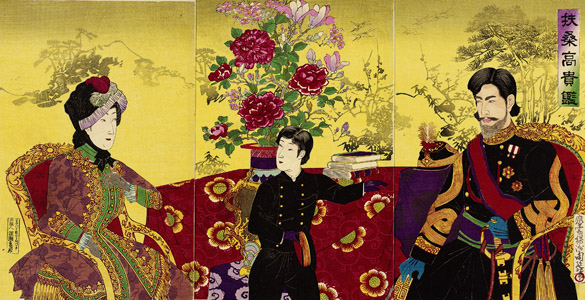 MIT Global Health & Medical Humanities Initiative presents inaugural event
As a debut event, the MIT Global Health & Medical Humanities Initiative presented “Examining Ebola,” a panel of experts that probed the current global public health emergency from multiple disciplines and perspectives. The gathering also shared goals of the new initiative, which is based in the Anthropology section of the School of Humanities, Arts, and Social Sciences, and led by Erica Caple James, Associate Professor of Anthropology.
Story | Video 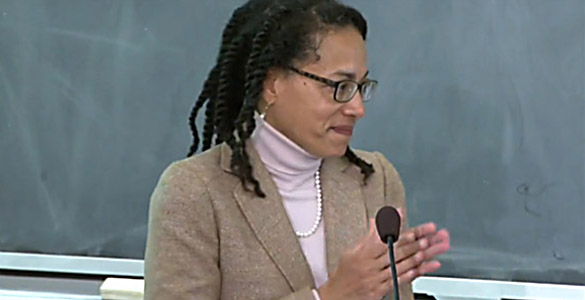 HEALTH ECONOMICS
Measuring Health | Amy Finkelstein
When Oregon voted in 2008 to use a lottery to determine which low-income adults to add to its Medicaid rolls, Stephen Colbert (in his TV character) joked about the effort as “gambling for health insurance.” MIT economist Amy Finkelstein wasn’t laughing. “I heard about it and immediately thought, ‘Oh my god, drop everything and get on this!’” says Finkelstein, Ford Professor of Economics at MIT. “What they saw as humorous, we saw as an unprecedented opportunity to bring the gold standard in scientific research to one of the most pressing questions of our day.”
Story by Kathryn O'Neill at MIT Spectrum

HISTORY OF SCIENCE + QUANTUM PHYSICS
Is quantum entanglement real? | David Kaiser
"If, as we expect, the usual predictions from quantum theory are borne out in this experiment, we will have constrained various alternative theories as much as physically possible in our universe. If not, that would point toward a profoundly new physics. Either way, the experiment promises to be exciting — a fitting way, we hope, to mark Bell’s paper’s 50th anniversary."
Article in the New York Times


POLITICAL SCIENCE
Why sign rights treaties? | Richard Nielsen
One prominent idea holds that treaty-ratifying countries are essentially bought off: They agree to lend support to the human-rights movement in exchange for material good, such as foreign aid or more trade. However, a new study co-authored by MIT political scientist Richard Nielsen finds that not to be the case; the actions of states, it concludes, are not economic in nature, but probably have to do with internal political maneuvering instead.
Story by Peter Dizikes at MIT News  |  Related story at Slate

ECONOMICS
Why do people earn what they earn? | David Autor
"As MIT economist David Autor notes in a new paper, leaders in the late 1800s and early 1900s, particularly in the farm states, anticipated the coming tectonic shift in the economy and worked to prepare the population for it."
Story at The Boston Globe


INTERNATIONAL STUDIES
Can the U.S. and Russia make more progress on nuclear security?
Striking a note of cautious optimism in an MIT talk yesterday, Rose Gottemoeller, U.S. undersecretary of state for arms control, praised Russia’s “businesslike” enforcement of the U.S.-Russia New START Treaty, but cited a need for continued progress in other areas of nuclear security.
Story by Peter Dizikes at MIT News

POLITICAL SCIENCE
Study aims to shorten Election Day lines | Charles Stewart III
On Election Day in 2012, an estimated 750,000 potential voters across the U.S. left their polling places without voting because the lines seemed too long. Now a unique MIT-led project aims to solve this problem by using Election Day field research to see exactly which parts of the voting process are causing the greatest bottlenecks.
Story by Peter Dizikes at MIT News  | Related story at The Washington Post 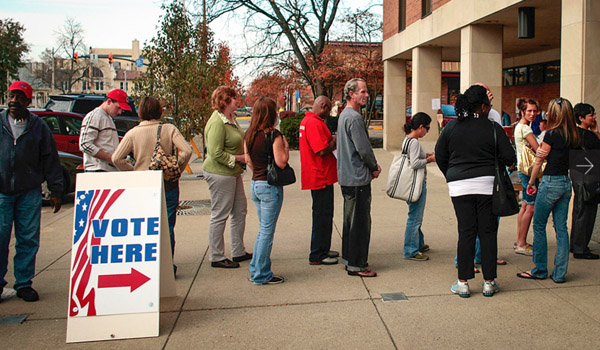 COMPARATIVE MEDIA STUDIES  | OPEN DOCUMENTARY LAB
Media-makers convene at MIT to explore "The New Reality"
The SHASS-based Open Documentary Lab and the MacArthur Foundation hosted a daylong event to explore the convergences of journalism and interactive documentary in digital space. Participants included practioners from The New York Times, The Guardian, Frontline, Vox, Tribeca and Sundance, and academics studying digital journalism and interactive media. Here's what they said:
Story at The Nieman Foundation

HEALTH ECONOMICS
3 Questions: Jonathan Gruber on the cost of smoking
Healthcare economist Gruber weighs in on a proposed cost-benefit analysis of smoking. "The major issue at stake is the reach of the FDA in regulating self-damaging activities such as smoking."
Story by Peter Dizikes at MIT News

CENTER FOR INTERNATIONAL STUDIES
Profile | Joel Brenner
Joel Brenner, former inspector general and senior counsel at the National Security Agency, has joined the Center for International Studies as a 2014-2015 Robert E. Wilhelm Fellow. Brenner is interested in intelligence collection, privacy, and secrecy as emerging issues in international relations and in the potential for curbing state-sponsored theft of intellectual property.
Profile at MIT News

LITERATURE
Profile | Mary Fuller
Professor, Head of MIT Literature, and Akido practitioner, Fuller is focused on what Literature can offer MIT students in a time of great change in student life and academic instruction: “What does online learning mean for us? What can we do that isn’t being done elsewhere? What’s distinctive about our work?"
Full profile at MIT Literature 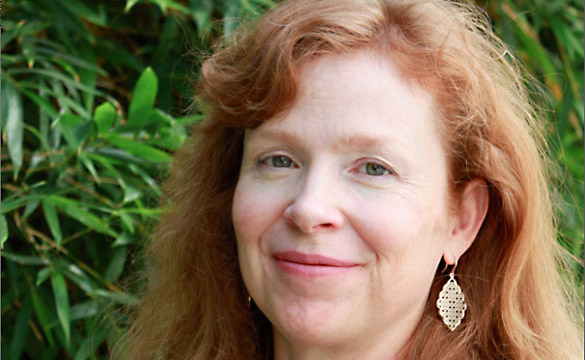 ALUMNUS
Tom Magliozzi '58, of "Car Talk" dies at 77
Magliozzi, who earned a SHASS degree in economics as well an engineering degree, brought his intelligence, joie de vivre, and humor to American radio for 25 years. The NPR program "Car Talk," with Tom and his brother Ray '73, which was never just about cars, was an ideal forum for Tom and Ray's witty, wise perspectives on the intersection of technology and culture.
Tributes:  NPR | MIT News | Boston Globe | The New York Times  | NYT Condolence Book

LINGUISTICS
Unboxing the Chomsky Archive
A new website offers a glimpse at a lifetime of work, and the chance to support it. Through slideshows on the site you can explore Chomsky’s contributions to MIT, the field of linguistics, and his political activism and dedication to social justice.
Story at MIT News 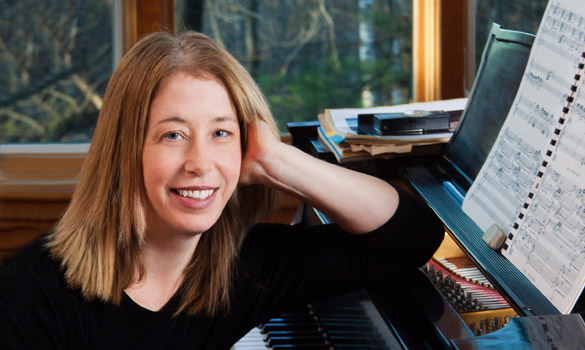 SCIENCE COMMUNICATION
In Compton Lecture, NIH Director Collins champions science communications
"Asked how scientists can help to persuade government officials and the public that scientific research deserves more resources, Collins said that all scientists should be ready to explain their work to anyone who asks about it. “I don’t think the science community has a voice that has been heard as loudly as it should in terms of the importance of what we do.”
Story | Q&A: Import of Science Communication | Q&A: Public Engagement with Science

POLITICAL SCIENCE
Undergrads get hands-on experience at MIT Political Science
There’s nothing like learning by doing. Undergraduate Research Opportunities Program (UROP)
offerings from the Department of Political Science allow students to work with leading researchers on topical issues like voting, the US budget, and expanding a global knowledge base of innovative sustainability practices.
Story

SHASS alumnus Brendan Foley '03, makes discoveries at ancient Greek shipwreck
“The evidence shows this is the largest ancient shipwreck ever discovered,” says Foley. “It’s the Titanic of the ancient world.” Foley is a 2003 graduate of the SHASS Program in Science, Technology, and Society.
Video  |  WHOI news release  |  Exosuit dives

Diver at the site of an ancient Greek shipwreck (70 to 60 BC) near Antikythera. The ship is thought to have carried a cargo of Greek treasures from the coast of Asia Minor west to Rome. Archaeologists are exploring the treacherous site using state-of-the-art technology, including a high-resolution, 3D map of the site made using stereo cameras mounted on an autonomous underwater vehicle. Much of the ship’s cargo appears to be preserved beneath the sediment. Photograph by Brett Seymour, Return to Antikythera 2014


What can be done about income inequality? | Robert Solow
Redistributing income with taxes and transfers is largely failing to close the income gap. Perhaps it’s time to try a corporate approach.
Story at the New York Times

When Fish Shout | Emily Anthes '06
We may think of fish as silent, but they make a wide range of sounds. As the world gets louder, some of them are having to raise their voices. (Image: lollipop darter, Etheostoma neopterum)
Article in The New Yorker | Recordings of fish sounds on New Yorker Soundcloud 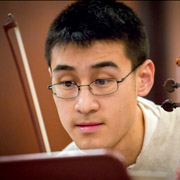