Summer 2013 Edition
Published by the Office of the Dean
MIT School of Humanities, Arts, and Social Sciences

"Studying music is like lifting weights.  It makes your mind more fluid and gives you the ability to shift perspective."

MIT and UC Berkeley launch energy-efficiency research project | Michael Greenstone
The E2e Project aims to give decision-makers real-world evidence on the most cost-effective ways to reduce energy and emissions. Cutting energy has lots of potential to help us save money and fight climate change,” says Michael Greenstone, a leader of the project, MIT's 3M Professor of Environmental Economics, and a member of MITEI’s Energy Council. “It’s critical to find the local, national and global policies with the biggest bang for the buck to use governments’, industry’s and consumers’ money wisely while slowing climate change.”

How to answer the question:
What policies will help reduce energy consumption and close the energy efficiency gap?
A well-known form of experimental research, Randomized Control Trials (RCTs) are the gold standard for evaluating the effectiveness of programs in a wide variety of fields, including medicine, marketing, and social programs. For more information, see E2e's brief primer.

"Every few months for twelve years, I have visited a Massachusetts prison to teach creative writing to a group of locked-up men.... It is not my job to unravel the skein of their guilt, to judge or absolve. I am here as a witness. I am here in the name of story and its power to transform."


ANTHROPOLOGY
Heather Paxson wins 2013 Forsythe Prize for The Life of Cheese
Calling Paxson's new book "a stunning ethnographic foray," the Society for the Anthropology of Work awarded the Forsythe prize to Paxson for The Life of Cheese: Crafting Food and Value in America  (University of California Press, 2012).
About the award | About the book

POLITICAL SCIENCE
Jens Hainmueller wins Best Paper award | American Political Science Association
The award was presented to Hainmueller by the Elections, Public Opinion, and Voting Behavior Section of the ASPA for his paper, "The Hidden American Immigration Consensus: A Conjoint Analysis of Attitudes toward Immigrants." The Award committee cited the paper as "exemplary in terms of its theoretical contribution, design, analysis, and practical importance."
Jens Hainmueller


SCIENCE, TECHNOLOGY, AND SOCIETY
Turkle receives Harvard's Centennial Medal; also named a Literary Light
Sherry Turkle, The Abby Rockefeller Mauzé Professor of the Social Studies of Science and Technology at MIT and the founder and director of the MIT Initiative on Technology and Self, has recently received the honor of "Literary Light" from the Associates of the Boston Public Library, and The Centennial Medal from Harvard’s Graduate School of Arts and Sciences.
More 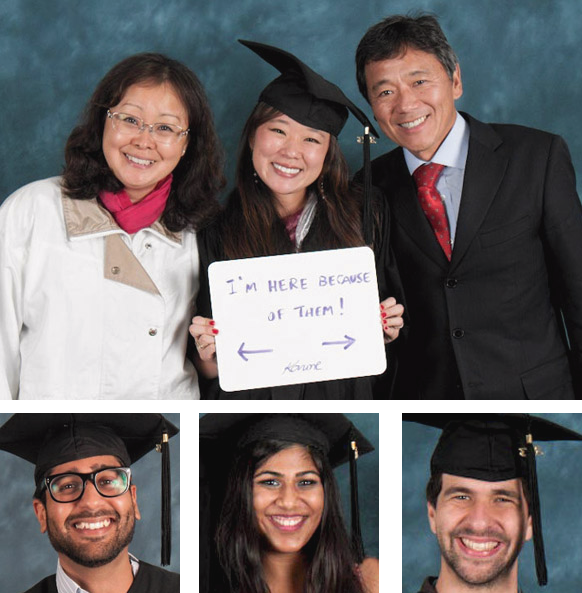 COMPARATIVE MEDIA STUDIES / CIVIC MEDIA
Diversifying your online world | Ethan Zuckerman
In his new book, Rewire, MIT Professor Ethan Zuckerman encourages us to overcome the Internet’s sorting tendencies and create tools to make ourselves "digital cosmopolitans." It's easy, he says, to feel comfortable on the Internet, among people with similar backgrounds, opinions, and likes. Perhaps too comfortable.
Story at MIT News |  Story at Harvard Gazette

POLITICAL SCIENCE
Taking full account of the past | Melissa Nobles
“All societies periodically have to do soul-searching,” states Nobles, the Arthur and Ruth Sloan Professor of Political Science, and Head of Political Science. In her research, Nobles has developed a deep understanding of how different nations go about the process of self-examination, confront histories of injustice, and attempt to right the wrongs of the past.
Story and Profile at MIT News

ECONOMICS
Study estimates extent to which pollution shortens human lives | Michael Greenstone
A high level of air pollution, in the form of particulates produced by burning coal, significantly shortens the lives of people exposed to it, according to a study co-authored by MIT economist Michael Greenstone, 3M Professor of Environmental Economics. “Everyone understands it’s unpleasant to be in a polluted place," says Greenstone. "But to be able to say with some precision what the health costs are — and what the loss of life expectancy is — puts a finer point on the importance of finding policies that balance growth with environmental quality.”
Story at MIT News | Story at New York Times | Michael Greenstone


ECONOMICS
Why can't America be Sweden? | Daron Acemoglu
"MIT economist Daron Acemoglu has ignited a firestorm by arguing that contemporary forces of globalization bar the United States from adopting the liberal social welfare policies of Scandinavian countries... Acemoglu and his colleagues write that it is 'the more ‘cutthroat’ American society that makes possible the more ‘cuddly’ Scandinavian societies based on a comprehensive social safety net, the welfare state and more limited inequality.”
Acemoglu Paper  | Edsall commentary in New York Times

CENTER FOR INTERNATIONAL STUDIES
Do we live in a counterrevolutionary age?
In his new book, Strange Rebels, journalist and MIT fellow Christian Caryl recounts the epoch-shaping political, religious and economic upheavals launched in the year 1979.
Story by Peter Dizikes, MIT News

COMPARATIVE MEDIA STUDIES | WRITING
Some Thoughts on Teaching at MIT | Ta-Nahesi Coates
Teaching science and engineering kids, and why toughness might be the most important quality in a writer. Coates is a Visiting Scholar at MIT, a contributing editor at The Atlantic, and a recent recipient of a National Magazine Award.
Read commentary at The Atlantic

ECONOMICS
What is the Premium From a College Degree? | Michael Greenstone
The rate of return on that investment in school “exceeds the historical return on practically any conventional investment, including stocks, bonds, and real estate,” says MIT Economist Michael Greenstone.
Commentary in The New York Times

SCIENCE, TECHNOLOGY, AND SOCIETY
"Slot machines: a lose lose situation" | Natasha Schull
"Once seen as a harmless diversion, hi-tech slot machines now bring in more money than casinos – and their players become addicted three times faster than other gamblers." An extended feature about Schull's research in The Guardian.
Article in The Guardian

CMS | OPEN DOCUMENTARY LAB
"The March" debuts on PBS August 27, 2013
MIT Visiting Artist John Akomfrah's new documentary "The March" tells the story of the 250,000 people who gathered on the National Mall in Washington D.C. in 1963 to call for civil rights. The film debut coincides with the 50th anniversary of the historic march.
More at PBS | John Akomfrah at MIT

COMPARATIVE MEDIA STUDIES
Ian Condry on NPR's All Things Considered
How a Japanese song topped the charts in 1963. Ian Condry is an MIT Professor of Media Studies, and Head of Foreign Languages and Literatures.
Listen at NPR  | Ian Condry


MIT SPECTRVM
Music Resounding | MIT Spectrvm issue on the Arts at MIT
The latest issue of MIT Spectrvm shows the power of music and other arts in the MIT mission: leading new technologies, criss-crossing disciplines, building community, and fueling creative intelligence across all fields.
More at Spectrum | Article: In One Voice 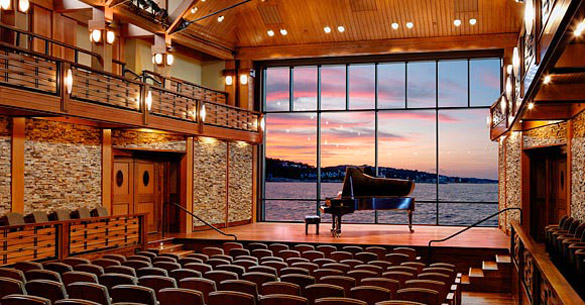 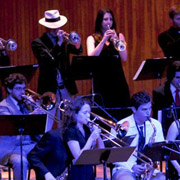 In Praise of MIT
A great jazz arrangement
by John Harbison, starts quietly, then...