February 2018
Published by the Office of the Dean
MIT School of Humanities, Arts, and Social Sciences

"Together, we will make sure that reassessing these chapters of our history will leave us wiser, stronger and more unified – better equipped both to live together in the present and to help make a better world."

UNDERGRADUATE RESEARCH CLASS
MIT and the Legacy of Slavery
The "MIT and Slavery" class, catalyzed by President Rafael Reif, began in the fall of 2017. The students' initial findings are already offering new insights into both MIT and US history. "MIT is part of a larger exploration of the ties between American universities and slavery," says Professor Craig Steven Wilder, who taught the course with Nora Murphy, MIT Archivist for Researcher Services, "but we are not just participating, we are also leading a part of it."

If you’d like to come, please RSVP here. | The event will also be streamed live.

COMPARATIVE MEDIA STUDIES
3Q: Nick Montfort on shaping the future
In his new book The Future, Professor of Digital Media Nick Montfort delves into “future-making,” both thinking about the future and developing innovations as efforts to bring positive change to society.
MIT News story by Peter Dizikes

ECONOMICS
A deep dive into the effects of trade | David Atkin
“Understanding the impact trade reforms might have on nutrition or on educational choices will hopefully help policymakers incorporate those concerns into their discussions, and help put policies in place that will ameliorate those concerns,” says Atkin, Associate Professor of Economics.
MIT News story by Peter Dizikes

ANTHROPOLOGY
Stefan Helmreich conducts fieldwork aboard the unique FLIP ship
As part of his ongoing research on how scientists think about the world, Helmreich wanted to know: What are the changing theories, models, and technologies that physical oceanographers use to apprehend and understand waves?
Story by SHASS Communications

Helmreich on the boom of the FLIP ship in its vertical position. Photo courtesy of Stefan Helmreich.

ECONOMICS
3Q: Daron Acemoglu on technology and the future of work
"We need to look to the past in the face of modern innovations in machine learning, robotics, artificial intelligence, big data, and beyond," says the MIT SHASS economist. “I think you should never be too optimistic but neither should you be too pessimistic.”
Story by SoE Communications

MISTI
Undergrads gain experience in energy sector with MITEI member companies
MIT undergraduates who interned with MIT Energy Initiative (MITEI) member companies in summer 2017 had the chance to work abroad on a wide range of energy projects, from analyzing fuel additives to evaluating how new technologies might transform energy markets.
Story by MISTI on MIT News

GLOBAL STUDIES & LANGUAGES
MIT students explore Chinese culture through calligraphy
During “Chinese Calligraphy,” a course offered for the first time in IAP 2018, seventeen MIT students took up brush and ink and produced examples of the traditional calligraphic scrolls displayed at Chinese New Year to bring in luck for the year. The course also offers students opportunities to discuss the meaning and evolvement of the Chinese characters and classical Chinese aesthetics.
Story at Global Studies & Languages

PHILOSOPHY
Applying philosophy for a better democracy | Justin Khoo
In a new philosophy class taught by Khoo, Assistant Professor of Philosophy, MIT students explore how language affects censorship and dissent, truth and propaganda. “This class put philosophy and linguistics on the front line in terms of how we look at our cultures and societies,” said Joseph Edwards '20.
Story by SHASS Communications

"The danger emerges when distrust undercuts the sources for truth in society. You give up on the truth and retreat to subjectivism: ‘All I know is the content of my own mind.’ That’s paving the path to authoritarianism. The point of democracy is to think about issues yourself.”

ECONOMICS
Lawrence S. Bacow ’72 named president of Harvard University
Bacow earned his SB in economics from MIT in 1972, returning to serve the Institute from 1977 to 2001 as a faculty member and, eventually, as a member of its senior leadership. “My family’s MIT ties run deep,” Bacow told MIT News, “and they always will.”
Story by MIT News

HEADS OF HOUSE
After 16 years, Anne and Bill McCants to step down from Burton Conner
In an email to all heads of house earlier this month, History Professor McCants shared that she is “starting a three-year term as the president of the International Economic History Association, a position which I realize is going to require a lot more travel of me than is feasible while serving as head of a residence hall as large and complex as BC.”
Story by DSL on MIT News

SCIENCE, TECHNOLOGY, AND SOCIETY
Robin Wolfe Scheffler awarded the 2018 Levitan Prize
The prestigious award in the humanities includes a $30,000 grant that will support his research into the factors that influenced the development of Boston’s booming biotech industry. “It’s thrilling to receive this award, particularly at the very beginning of a project,” Scheffler says.
Story by SHASS Communications

ECONOMICS
Victor Chernozhukov receives Humboldt Research Award
Chernozhukov, Ford Professor of Economics, has been recognized for lifetime achievement in research. In addition, he will be invited to carry out research projects of his choice in cooperation with colleagues in Germany.
Humboldt Foundation website


POLITICAL SCIENCE
Lily Tsai selected to receive Committed to Caring Award
With this award, Tsai, Associate Professor of Political Science and Director of MIT GOV/LAB, is recognized by the MIT Office of Graduate Education for her outstanding advising and mentorship to graduate students.
MIT OGE website 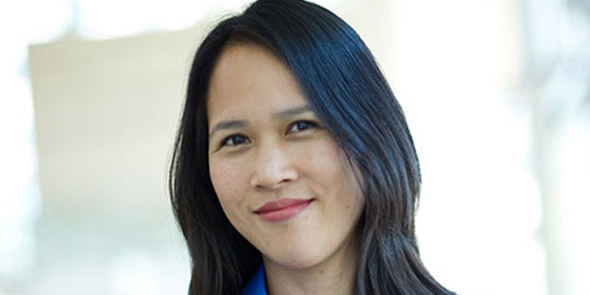 To see all featured SHASS media stories, visit the complete In the Media, February 2018.

ECONOMICS
Maryland's plan to save the ACA | Jonathan Gruber
"Jonathan Gruber at MIT told me he sees it as a 'very promising way to combine the best of standard health economics (the mandate) with the best of behavioral economics (the auto-enrollment).' One challenge he raised was identifying the uninsured — since Maryland will rely on tax forms from the prior year, it's possible the state will miss some people who recently lost coverage."
Story at Vox

ECONOMICS
The Chinese are now buying as much stuff as Americans | David Autor
But MIT economist David Autor, an authority on trade and automation, thinks the United States still has substantial leverage in any debate with President Xi Jinping of China. “China exports a substantial piece of its GDP to the United States. They are very dependent on our markets,” Autor says. The United States currently buys 19 percent of China's total exports.
Story at The Washington Post

WRITING
Why acclaimed novelist Junot Diaz decided to write a children's book
Diaz, a creative writing professor at MIT, spent a lunch hour recently at Little Donkey in Central Square, talking about children's literature and his own love of books. Standing at a communal table, a watch cap perched above his Prada eyeglasses, he agreed with the many novelists before him who have found that writing for children is harder than it looks.
Story at The Boston Globe