January 2016 Edition
Published by the Office of the Dean
MIT School of Humanities, Arts, and Social Sciences

“Poems teach our students how to dwell, with concentrated attention. Dwelling with concentration is a skill — one that has to be taught, and one that students don’t necessarily develop elsewhere in their lives, especially these days.”

“I would be a tolerable Mathematician,” wrote the Romantic poet Samuel Taylor Coleridge in 1796. More than two centuries later, MIT students are proving that mathematicians — not to mention engineers, programmers, physicists, economists, architects, and biologists — make more than tolerable poets as well.

HISTORY
Life in the aftermath: Recovering Armenia | Lerna Ekmekcioglu
Ekmekcioglu's new book explores life for Armenians in modern Turkey and illuminates the central role of women in sustaining Armenian culture. Recovering Armenia: The Limits of Belonging in Post-Genocide Turkey is the first in-depth history of the Armenians who stayed in Turkey in the immediate aftermath of World War I.
Story at MIT News | Related: MISTI launches Armenia pilot program

POLITICAL SCIENCE
Mapping the history of U.S. state politics | Christopher Warshaw and Devin Caughey
This unique study, which shows the political orientation of all 50 U.S. states over time, reveals at least two major trends: First, state-level policies throughout the U.S. as a whole became more liberal from the 1930s into the 1970s, an era of increasing civil rights and the development of a social safety net. Second, when measured by state-level policy, the political divergence among regions of the U.S. became much more pronounced during the last 20 years.
Story

HISTORY
Roots of the Ukraine Crisis | Elizabeth Wood
In February 2014, Russian troops rolled into Crimea, the garden spot of Ukraine, and seized control. In a new book, MIT Professor Elizabeth A. Wood teams with three colleagues to provide in-depth analysis and perspective on why Russia annexed this peninsula, plumbing history to understand Russia’s recent posture on the world stage.
Story

POLITICAL SCIENCE
3 Questions: David Singer on China and the renminbi
Singer, an associate professor of political science at MIT and a leading expert on currency politics, explains the economic and political implications of China’s new currency status.
Story

HISTORY
Mexico past and present | Tanalís Padilla
“If you look at the historiography of Mexico now, no one would say the 20th century was stable,” says Tanalís Padilla. Her research on Mexican political history has helped create this transformation in perceptions of 20th-century Mexico, and made her a significant voice in her field. Padilla recently joined MIT as an associate professor of history.
Story

AWARDS
35 Burchard Scholars announced for 2016
The award honors sophomores and juniors who demonstrate academic excellence in the humanities, arts, and social sciences, as well as in science and engineering. “The Burchard scholars are some of MIT’s liveliest undergraduates,” says Margery Resnick, professor of literature and director of the Burchard Scholars Program. “Selection is extremely competitive, and the students chosen are unafraid to wrestle with new ideas.”
Story

SCIENCE, TECHNOLOGY, AND SOCIETY
Zapping your brain: Why do it? Should it be regulated? | PhD student Anna Wexler
Interest is growing in brain stimulation devices — and regulating them may prove tricky. Wexler's research into the matter is the “best encapsulation of the near-history of this phenomenon,” says Peter Reiner, a professor of psychiatry and expert in neuroethics at the University of British Columbia. Wexler was one of the experts asked to speak at an FDA panel held on the topic in November.
Story at MIT News

LINGUISTICS + CHEMICAL ENGINEERING
Alyssa Napier '16 is dedicated to chemistry, linguistics, and social justice
Napier’s faculty advisor, Alice Ting, the Ellen Swallow Richards Professor in the Department of Chemistry, notes the value of Napier's combined academic study: "Through her ability to solve problems like a linguist and a writer, Alyssa is able to think of new ways to solve problems as a chemist. Her mind is constantly challenged in different ways — whether learning a language, writing creatively, or solving an organic synthesis problem.”
Story

POLITICAL SCIENCE + PHYSICS + MUSIC
Joseff Kolman | An MIT undergrad at the Paris climate talks
A junior majoring in both political science and physics, Kolman is deeply engaged in climate change policy, and was among the MIT undergraduates who attended the recent United Nations Framework Convention on Climate Change’s Conference of Parties (COP21) in Paris. He is also a euphonium player and Vice president of the MIT Wind Ensemble.
Profile

POLITICAL SCIENCE
Yiqing Xu builds analytical tools to improve understanding of China's political economy
PhD student Xu applies new methodology for better insight into the Chinese political economy. It became clear to Xu that politics plays an increasingly important role in determining China’s course, in both economics and social and political development. This led him to pursue a doctorate in political science at MIT. His research has included an extensive experimental study that involved sending letters to local officials in 2,000 Chinese counties.
Profile

INTERNATIONAL EDUCATION
MIT-France | Bolstering connections between MIT and the world
Since its launch in 2001, the MIT-France Program has matched over 840 MIT students with hands-on, real-world work experiences at French companies and labs from Paris to Lyon to Marseille. Suzanne Berger, the Raphael Dorman-Helen Starbuck Professor of Political Science, who served as MISTI’s founding director and, until last summer, the faculty director of MIT-France, describes how the program developed.
Story | MIT-France Program

SHASS In the Media | January 2016
For more of the many recent media stories about SHASS research and faculty, visit the complete
In the Media section

ECONOMICS
How Economics and Race Drive America's Great Divide | Peter Temin
The Huffington Post reports on a new paper by MIT economist and historian Peter Temin, who argues that "America has now diverged into a top thirty percent, where children receive excellent educations and grow up to work in sectors like finance, technology and electronics industries" and "the rest...whose kids have little hope of joining the lucky ones at the top." Temin explains what drives this "dual economy," what race has to do with it, how children are hurt, and why our political system is challenged to create remedies.
Story at Huffington Post


SCIENCE WRITING
The Accidental Universe | Alan Lightman
At Time Magazine, Shane Parrish reviews The Accidental Universe: The World You Thought You Knew, a collection of essays (Knopf/DoubleDay, 2014), by MIT’s Lightman, professor of the practice of the Humanities. The theoretical physicist and author of Einstein's Dreams offers a soulful contemplation of science, the cosmos, belief, and knowledge.
Review at Time Magazine

WRITING
A Star-Crossed 'Scientific Fact' | Thomas Levenson
MIT professor of science writing Thomas Levenson speaks to Michel Martin on NPR’s "All Things Considered" about his new book, The Hunt for Vulcan. "The blind alleys are most of what science actually does,” Levenson says.
Story at NPR

Portal to all MIT OpenCourseWare materials on the environment
Like so many of the challenges tackled by MIT, solutions to the world's environmental issues will come from multidisciplinary, socio-technical perspectives. The environmental courses on MIT OCW represent a broad spectrum of research and teaching, from engineering to urban planning to politicial science, history, writing, anthropology, and economics. Many tools needed to solve the world’s environmental issues can be found in these free course materials. MIT-SHASS courses are listed in the "Culture and Society" section.
MIT OCW courses on the Environment | Culture and Society section 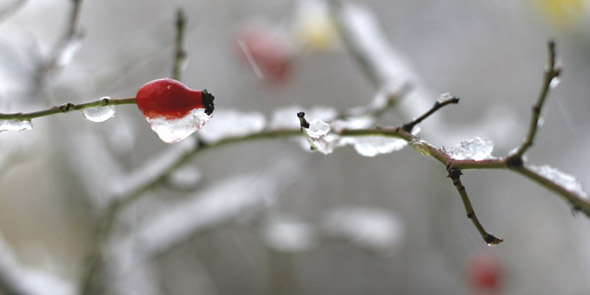 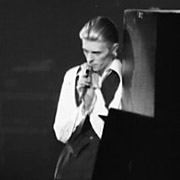