May 2012 Edition
Published by the Office of the Dean
MIT School of Humanities, Arts, and Social Sciences

Amy Finkelstein’s work “is centered on some of the most important and policy-relevant issues facing developed economies today."

Economist Pathak engineers practical solutions to real-world education problems
Just a decade ago, selecting the desired public school in Boston and NYC was often an intractable problem, because systems required anticipating the choices others would make. Many students and families were frustrated and disappointed. MIT Economist Parag Pathak has helped to change that.
Story

Political Scientist Andrea Campbell | The relationship of public opinion and public policy
Campbell's research (in taxation, Social Security, and health insurance) uses a historical lens and focuses on the interplay of public opinion and key government policies that touch the lives of all Americans.
Research Profile  |  Video: Meet Andrea Campbell

Historian David Mindell | Technology and Warfare
How does new weaponry change the role and ethos of the solider? How do military leaders expect technology to settle battles? A new edition of Iron Coffin: War, Technology, and Experience aboard the U.S.S. Monitor has relevance for today's realities.
Story

L and R: from "The Monitor and Merrimac: The First Fight Between Ironclads," chromolithograph produced by Louis Prang & Co.; Center: David Mindell, Frances and David Dibner Professor of the History of Engineering and Manufacturing

A leader in studying health insurance markets, Finkelstein was named winner of the prestigious John Bates Clark Medal, given by the American Economic Association. AEA noted that Finkelstein’s work “is centered on some of the most important and policy-relevant issues facing developed economies today,” adding that her research stands “as a model of how theory and empirics can be combined in creative ways in order to yield credible, novel, and often unexpected insights into economic questions that will inform policy design."
Story

"It is impossible to do justice to Dave’s generosity as a teacher and adviser...Perhaps the best of his many ways of teaching is by example."
More

Conference on manufacturing focuses on conditions for sustained innovation
“It’s very difficult to think about an innovation economy without manufacturing at the core of it,” said Daron Acemoglu, Killian Professor of Economics, whose work examines, among other things, the institutional conditions that encourage innovation.
Story

Theater artist Robert Lepage conducts spectacular campus residency at MIT
Robert Lepage brought his talent and unique multidisciplinary perspective to MIT during his residency. During his time on campus, he collaborated with MIT students, faculty and staff, participated in two public programs, and received the 2012 Eugene McDermott MIT Award in the Arts during a gala held in his honor.
Story | Video from workshop with students

Peter Diamond on reviving the U.S. economy: more finance for start ups
Diamond advises that by focusing too intently on those who have the capital to be job creators now, we miss all those who would become new job creators if they had access to investment capital. "Start-ups matter a lot," says Diamond, "so if you want to encourage dynamism in the economy it's more important to get money into their hands than to those who already have a lot of wealth.”
Story at The Washington Post


MIT SHASS Writing and Communication Center marks 30 years
The Center has been MIT’s “one-stop shopping” for anyone associated with MIT who is interested in learning more about writing and oral presentations. Appointments are scheduled online by going to the Center’s website and clicking “Appointments.”
Story | Website

Think you're funny?  Prove it!  :-)
Apply for a grant from the De Florez Fund for Humor. That's right, at MIT you can be funded for being funny. Each year, the de Florez Fund supports projects that pass the hilarity test. Are you funny enough to meet the challenge?
Full Story | Application

Photographs from the 2011 Reception to Celebrate SHASS Graduates | View Gallery


Video | Is there a future for the euro?
Marco Mazzucchelli audits the conventional wisdom.
Watch


Film | "A masterpiece...about the meaning of family"
"In the Family" is the award-winning debut film by MIT alum, writer/director/actor Patrick Wang ('98).
Trailer and clips | Reviews 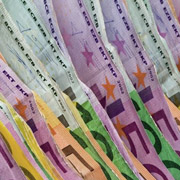 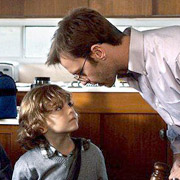 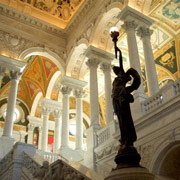