February 2016 Edition
Published by the Office of the Dean
MIT School of Humanities, Arts, and Social Sciences

“Agustín is a brilliant and caring person and deeply understands the value of community. He brings an enthusiasm and sincerity to his engagement with others that will enrich the School. His commitment to diversity is broad and deep, and I know he will make a difference.” 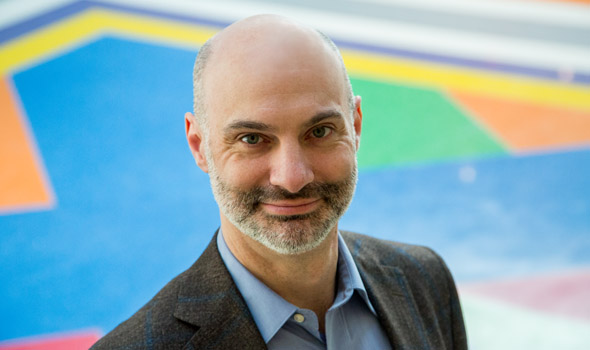 Agustín Rayo PhD ‘01, a professor of philosophy with deep roots in the MIT community, has been named Associate Dean for the School of Humanities, Arts and Social Sciences. Rayo is well known for his ideas on language and logic, captured in his book, The Construction of Logical Space (Oxford University Press, 2013), and in many papers, including the award-winning “Vague Representation" (Mind, 2008).

Aside from a few early posts, Rayo has devoted his academic career to MIT, in a philosophy department where his colleagues include Vann McGee, Robert Stalnaker, and Stephen Yablo, all of whom served as mentors during his graduate years. “MIT changed my life,” he says. “I felt immediately that it was where nerds like me belonged.”

“It’s been very important to be in a department where people treat each other with respect, give each other the benefit of the doubt, and really work together,” says Rayo. “The word family comes to mind, and it’s my aspiration to implement some version of this in my new role.”

MUSIC
Evan Ziporyn named one of the most intriguing musicians of 2016
Ziporyn is a professor of music at MIT and the faculty director of MIT’s Center for Art, Science & Technology (CAST), an organization "that takes an expansive view of musical culture in the 21st century. Ziporyn exemplifies that bridge-building in his own projects, which break down the divide between West and East, classical and vernacular, academic and grassroots."
Story at The Daily Beast | Ziporyn website | MIT CAST

SCIENCE WRITING
Thomas Levenson receives the 2016 Levitan Prize in the Humanities
Levenson, professor of science writing and director of MIT’s Graduate Program in Science Writing, has been awarded the $30,000 research grant, which will support his investigation into the economic, cultural, and scientific history of an 18th century financial crisis known as the South Sea Bubble.
Story by SHASS Communications 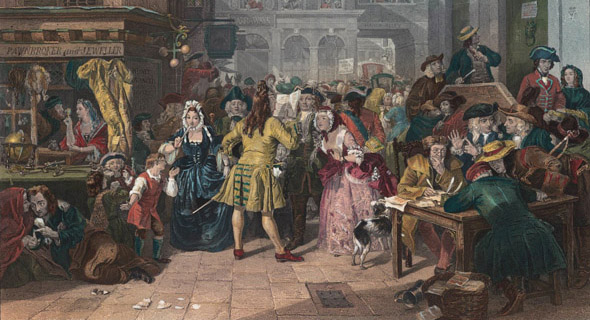 The prize will support Levenson’s research for a new book focused on the South Sea Bubble of 1720 — and what that financial crisis reveals about the deep connections between scientific developments and their larger social consequences.

POLITICAL SCIENCE
A cleaner ballot box | Daniel Hidalgo
An effort to clean up local elections in Brazil has yielded new evidence about the prevalence of “voter buying” in one of the world’s largest democracies.
Story by Peter Dizikes at MIT News

ECONOMICS | EDUCATION
Assessing school-choice systems | Parag Pathak
A new paper co-authored by Pathak, MIT professor of economics, on school-choice systems designed to aid low-income children, finds that while parents like these programs “they often do little for their children’s test scores.”
Story at The Economist | School Effectiveness and Inclusion Initiative

ECONOMICS | EDUCATION
More hope than fear in our data | Joshua Angrist
"In the 21st-century, admin­is­tra­tions from both par­ties expanded the fed­eral role in edu­ca­tion, encour­ag­ing reform and exper­i­men­ta­tion to an unprece­dented degree. These pol­icy explo­rations have been extra­or­di­nar­ily fruit­ful, yield­ing find­ings that are as clear and con­vinc­ing as any in the his­tory of social sci­ence. The most impor­tant of these find­ings is my rea­son for hope."
More | School Effectiveness and Inclusion Initiative

The School Effectiveness and Inequality Initiative is a research pro­gram based in the MIT-SHASS Department of Economics. Led by Joshua Angrist, David Autor, and Parag Pathak, with a team of 21 colleagues, SEII focuses on the eco­nom­ics of edu­ca­tion and the con­nec­tions between human cap­i­tal and the American income distribution.

ECONOMICS
Trade in the balance | David Autor
Autor, an MIT professor of economics, David Dorn of the University of Zurich, and Gordon Hanson of the University of California provide evidence that workers in the rich world have suffered more from the rise of China than economists thought was possible.
Article at The Economist

POVERTY ACTION LAB | EDUCATION
Government of Andhra Pradesh to scale up “Teaching at the Right Level”
A three year partnership aims to improve basic reading and numeracy skills in primary schools by re-organizing children according to ability instead of age or grade, and by providing focused, tailored instruction. The program will reach over 56,000 students.
Full story at JPAL

ANTHROPOLOGY | THE ANTHROPOCENE
Melt: Theorizing the Contemporary | Stefan Helmreich
A contribution for the series "Lexicon for an Anthropocene Yet Unseen," in Cultural Anthropology. Helmreich shows how sound provides an unexpected way into apprehending developments in the Anthropocene.
Helmreich contribution | About the Series

The Human Factor series highlights research and perspectives on the human dimensions of global challenges. Contributors describe humanities, arts, and social science research that generates social innovation, and share ideas for cultivating the sociotechnical collaborations needed to solve the major issues of our time.
Browse the Series

A Sarpanch, or head village decision-maker in India. Photocredit, J-PAL

STEM + SHASS
35 exceptional MIT students named Burchard Scholars for 2016
The award honors MIT sophomores and juniors who demonstrate academic excellence in the humanities, arts, and social sciences, as well as in science and engineering. Selection is extremely competitive, and many past winners have gone on to receive Rhodes, Marshall, and Truman scholarships and fellowships.
Story by SHASS Communications

ECONOMICS | HEALTH
Can we fight addiction to opiods without causing pain? | Angela Kilby
An article at The Boston Globe on the Massachusetts opioid crisis cites research by MIT-SHASS Economics PhD candidate Angela Kilby, who “measured the impact of prescription monitoring programs across the country” and “found that they save about 1,000 lives per year.”
Story at The Boston Globe

MUSIC AND THE BRAIN
Impact of emotion on the brain's creativity network | Malinda McPherson
McPherson's study, published in the journal Nature, shows that the neural substrates of creativity are significantly altered when artists are actively attempting to express emotions. A doctoral student in the Program in Speech and Hearing Bioscience and Technology, McPherson is also a violist who has studied with Institute Professor of Music Marcus Thompson.
Story | Research in Nature | Related Video: The Science of How Music Benefits the Brain

POLITICAL SCIENCE | CLIMATE
What was it like to be at the Paris climate talks? | Joseff Kolman
MIT Political Science and Physics major Kolman describes his experiences at the recent COP21 talks and his thoughts on the atmosphere and elements of the negotiations that combined for a successful outcome.
Story at MIT News "One thing that makes MIT different from other places: It’s not at all an absurd thing for us to think, ‘There’s a problem here; let’s do something about it.'"

— Kevin Richardson, MIT doctoral candidate in philosophy, and a leader in the "Philosophy in an Inclusive Key" program

HISTORY
MIT History launches a social media channel
At MIT, we look to the future, and to do that well, we need to know where we've been. MIT's historians examine nearly the entire range of human experience, providing perspective on the present and insight for the future.
MIT History Facebook page | Website

SHASS In the Media | February 2016
For more of the many recent media stories about SHASS research and faculty, visit the complete
In the Media section

SCIENCE, TECHNOLOGY, AND SOCIETY
Who ultimately will have the upper hand: machines or humans? | David Mindell
The Washington Post discusses STS Professor David Mindell’s new book, Our Robots, Our Selves: “Mindell clearly demonstrates that the efforts of people and robots can be complementary and inextricably entangled, and can evolve together.”
Story at The Washington Post | Related Story: Robots and Us

HEALTH ECONOMICS
Are we fighting cancer the right way? | Heidi Williams
Heidi Williams is an assistant economics professor at MIT. "If you look at drugs that get approved by the FDA, they all tend to be for very late stage cancer patients — patients that are very close to the end of their life, who live one month longer than they would have." Williams proposes policies that would spur more preventative and early-stage cancer treatments.
Story at BBC News


ECONOMICS | LABOR, TRADE, AND ECONOMIC EQUITY
What would it mean to 'Beat China' on Trade? | David Autor
A new working paper from the economists David Autor, David Dorn, and Gordon Hanson argues that trade with China is having persistent, negative effects on parts of the American labor market.
Story at The New York Times

ECONOMICS | GENDER GAP IN EDUCATION
The serious reason boys do worse than girls | David Autor, Melanie Wassermann
Jeff Guo at The Washington Post explores the Gender gap in educational success, citing recent research co-authored by MIT economists David Autor and Melanie Wasserman. “In their preliminary research, they have found that … Girls from disadvantaged backgrounds are much more likely to succeed than boys raised under the same circumstances.”
Story at The Washington Post 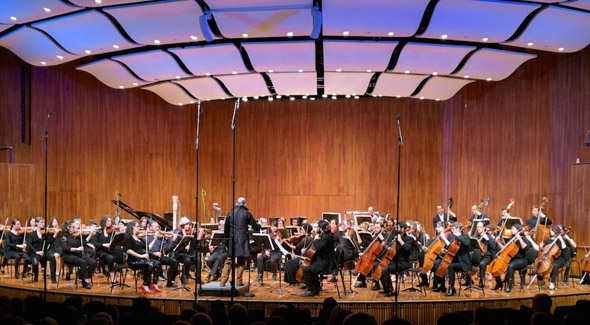 "The encore, a rendition of 'Let's Dance' reminded us all of the joy that Bowie brought into the world." 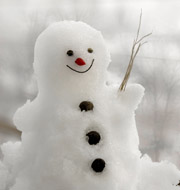 Education that empowers — The School teaches every MIT undergraduate, empowering students with cultural and historical perspectives, and critical thinking and communication skills — to help them serve the world wisely and well.  The School's seven graduate programs are recognized as among the finest in the world.