May 2016 Edition
Published by the Office of the Dean
MIT School of Humanities, Arts, and Social Sciences

"Humanity faces urgent challenges — challenges whose solutions depend on marrying advanced technical and scientific capabilities with a deep understanding of the world’s political, cultural, and economic complexities."

ECONOMICS | JOB LOSS AND POLARIZATION
3 Questions: David Autor on global trade and political polarization
Study finds relationship between U.S. job losses due to trade and political polarization in Congress. "In some sense," Autor says, "what we’re seeing now in the presidential primary isn’t as surprising in retrospect, because so much of it had already occurred, in congressional votes, along the economic fault lines of areas badly impacted by declining manufacturing.
Story by Peter Dizikes at MIT News


COMPARATIVE MEDIA STUDIES
Reflections on advanced media representations | Fox Harrell
Harrell's research advances our understanding of the roles that virtual identities play in society and how to design them to better suit diverse social needs. “I’m interested in the ways virtual identities can be used to encourage social change," Harrell says. "Artful uses of technologies to imagine ourselves can be a powerful tool for social intervention.”
Podcast  |  Related story

ECONOMICS
Nutrition and migration | David Atkin
A study by David Atkin, Assistant Professor of Economics, reveals that migrants who cleave to their native cuisines often pay more to eat because they have moved to places where their familiar foods are more expensive. Poor migrants who are unable to spend more often reduce the amount of calories they consume.
Story at MIT News by Peter Dizikes

FEATURE | THE MIT CAMPAIGN FOR A BETTER WORLD

MIT President L. Rafael Reif has announced the official launch of The MIT Campaign for a Better World, a fundraising initiative that will amplify the Institute's strengths in education, research, and innovation, and will advance MIT’s work on some of the world's biggest challenges. Emphasizing MIT's vision for sociotechnical problem-solving, the President said, "Humanity faces urgent challenges — challenges whose solutions depend on marrying advanced technical and scientific capabilities with a deep understanding of the world’s political, cultural, and economic complexities." 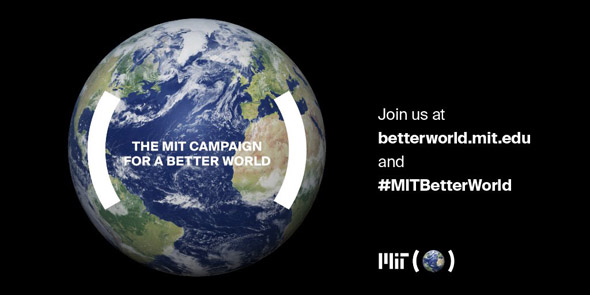 Solving the economic, cultural, and political dimensions of major global issues
The Human Factor series from MIT SHASS highlights research and perspectives on the human dimensions of global challenges. Contributors describe humanities, arts, and social science research that generates social innovation, and share ideas for cultivating the sociotechnical collaborations needed to solve the major issues of our time.
Browse the Series


Susan Silbey: The role of human systems in solving environmental issues
"Transferring the models of physical matter or rational calculation to these massive global problems can do a great deal to help solve our current issues — but only when they are informed by a nuanced understanding of how humans and human organizations operate." Silbey is the Leon and Anne Goldberg Professor of Humanities, Sociology and Anthropology, and a Professor of Behavioral and Policy Sciences.
Interview with anthropologist Susan Silbey

ECONOMICS
Undergraduate Mathematical Economics major to debut in fall 2016
Driven by student demand and the blending of fields, new opportunities include management tracks and minors in computer science, data science, and innovation.
Story

GLOBAL STUDIES AND LANGUAGES
MIT adds Korean to language studies program
In response to a high level of interest, MIT GSL, under the direction of Professor Emma Teng, has launched an on-campus Korean language program, slated to begin in the fall of 2016. In addition, classes covering Korea in GSL include: Intro to East Asian Culture: Zen to K-Pop (AY2018), and Digital Media in Japan and Korea (spring 2017)."
MIT-Korea MISTI  | Story at The Tech  | Story in The Korea Times

MUSIC
Daniel Parker's path to Julliard, via MIT
Music major Daniel Parker '16 has been admitted to Julliard, where he will work toward his Master of Music in Piano. Speaking on behalf of the MIT Music faculty, Institute Professor Marcus Thompson said, “We have not in recent memory had a student cover so much important repertoire and scholarship, at such depth. Daniel’s public profile as a pianist in prodigious recitals is by itself enough to astonish.”
Story by Sharon Lacey 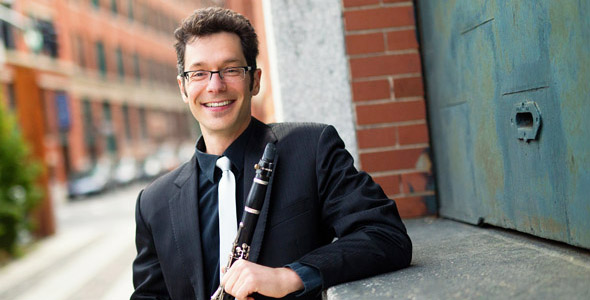 “Technology and humanity are now deeply interlinked. It’s important for people graduating with a technical or scientific degree to be immersed in the arts because it’s so much more relevant to today’s products and innovations.”

POLITICAL SCIENCE
Andrea Campbell elected to American Academy of Arts and Sciences
One of the nation’s most prestigious honorary societies, the academy is also a leading center for independent policy research. Members contribute to academy publications, as well as studies of science and technology policy, energy and global security, social policy and American institutions, the humanities and culture, and education.
Story

POLITICAL SCIENCE
Political scientist Taylor Fravel awarded Carnegie fellowship
Fravel, who will extend his studies of Asia’s ongoing maritime disputes, said he was “thrilled, humbled, and honored” to receive the fellowship. The prestigious award supports “research and writing aimed at addressing some of the world’s most urgent challenges to U.S. democracy and international order,” and focuses on scholars in the social sciences and humanities.
Story

POLITICAL SCIENCE
Regina Bateson wins 2016 Outstanding UROP Faculty Mentor Award
MIT political scientist Regina Bateson received the Institute-wide award for the high quality of her mentorship, supervision, and support; her availability to students; her guidance in research; and for her overall commitment to undergraduate research.
Story

The art of sociotechnical collaboration
Over the course of 26 years at MIT, political scientist Kenneth Oye has discovered that collaborating with technologists is a very effective way to influence policy on the issues he cares most about — from climate change to synthetic biology. Oye, who has a joint appointment, in the Department of Poltiical Science and the Engineering Systems Division, is an adept in the art of collaborative, sociotechnical problem-solving. People who have such skill and experience are increasingly important, because as President Reif has said, "Humanity faces urgent challenges whose solutions depend on marrying advanced technical and scientific capabilities with a deep understanding of the world’s political, cultural, and economic complexities." 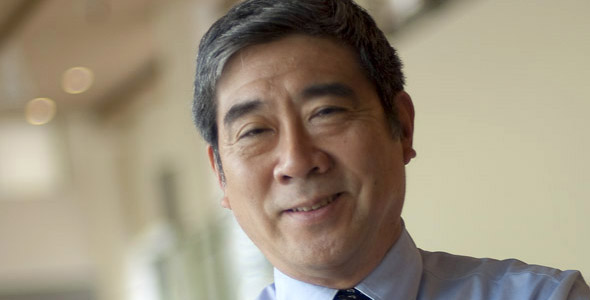 MUSIC
Elena Ruehr receives Discovery Grant from Opera America
Composer Ruehr, who is is known for her bold lyricism, received the grant for "Crafting the Bonds," an opera spanning three centuries, which is based on the rediscovery of The Bondwoman’s Narrative by Hannah Crafts, the first known novel by an African-American woman.
More Pratyusha Kalluri (L) and Aneesh Anand (R) are the recipients of the 2016 Isabelle de Courtivron Prizes from MIT's Center for Bilingual/Bicultural Studies, a program of Global Studies and Languages.


ECONOMICS
A nation engaged: trade stirs up sharp debate in this election cycle | David Autor
How does international trade affect people’s long-term outlook? "If I lose my job at a furniture factory where I've worked for decades,” MIT economist David Autor explains, "no amount of cheaper toys and raincoats at Wal-Mart is going to make me whole again.”
Story at NPR

ECONOMICS
Where jobs are squeezed by trade, voters seek extremes | David Autor
MIT economist David author explains the political reverberations of trade shocks in this New York Times article. “There are these concentrated pockets of hurt,” Autor said, “and we’re seeing the political consequences of that.”
Story at New York Times

Review | Makan's new chamber opera is "enthralling"
"How vast is the space between the self and its image?...Vast enough for...Keeril Makan’s enthralling new chamber opera, based on the iconic film by Ingmar Bergman. Music by MIT Associate Professor of Music Keeril Makan; libretto by MIT Professor of Theater Jay Scheib after the Bergman film; music performed by the Either/Or ensemble, directed by MIT Professor of Music Evan Ziporyn.
Review at The Boston Globe

POLITICAL SCIENCE
Why warring factions target hospitals | Fotini Christia
This op/ed on the recent military attacks on hospitals in Syria cites MIT political scientist Fotini Christia, who explains that such attacks are intended to weaken the dedication of opposition forces.
Story at Reuters

SCIENCE, TECHNOLOGY, AND SOCIETY
How technology can impact human connection | Sherry Turkle
“It’s when people are vulnerable and hesitate that they often reveal the truer parts of themselves,” says Turkle, Abby Rockefeller Mauzé Professor of the Social Studies of Science and Technology. "What has been most striking is how difficult it is for us to give each other full attention when we have our devices.”
Story at the Huffington Post

SCIENCE, TECHNOLOGY, AND SOCIETY
What children learned from the shared family phone | Sherry Turkle
With landlines now fading, there are fewer opportunities for children to learn phone manners, sharing, and other grown-up skills from using the family phone. Turkle recommends that parents start using the speaker function on their cellphones when children are small, so they can learn by listening.
Story at the Wall Street Journal

Said and Done is published by the Office of the Dean