Summer 2016 Edition
Published by the Office of the Dean
MIT School of Humanities, Arts, and Social Sciences

"Whatever our background, a fair and viable justice system must be one of the bedrocks of American democracy."

ABDUL LATIF JAMEEL POVERTY ACTION LAB
J-PAL North America selects five goverments for State and Local Innovation Initiative
J-PAL North America, a research center at MIT SHASS, has selected five U.S. state and local governments as the first cohort to participate in the State and Local Innovation Initiative, which supports governments in generating applicable lessons about which social programs work, which work best, and why.
Story at MIT News | About the Initiative

ANTHROPOLOGY
Why do women leave engineering? | Susan Silbey
Study reveals that group dynamics deter many women in the profession. What emerges is a picture in which female engineering students are negatively affected at particular moments of their education — especially when they engage in team-based activities outside the classroom, where, in a less structured environment, older gender roles re-emerge.
Story by Peter Dizikes at MIT News | Paper 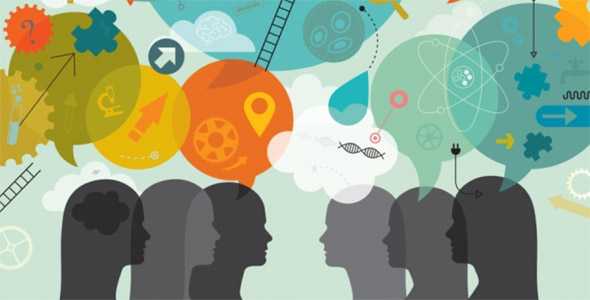 POLITICAL SCIENCE
Democracy now
Political scientist Evan Lieberman, who studies ethnic identity and African politics, says: “A big strand in my work has been to think about the important ways in which social identity, especially racial and ethnic identities, become really important in thinking about policies and justice in distributive issues."
Story by Peter Dizikes at MIT News | Evan Lieberman


MIT SCHOOL EFFECTIVENESS AND INEQUALITY INITIATIVE (SEII)
Economics PhD student Elizabeth Setren delves into charter schools
Setren brings data to bear on questions about local education policy. “I want to continue doing research to help understand educational inequities," she says, "particularly with special needs students and technology, but also in other areas, to inform the debate and help us better understand what might be possible solutions.”
Story at by Curro Caruso at MIT News | About SEII

HISTORY
3 Questions: Jeffrey Ravel on bringing data to cultural history
Ravel, head of the MIT History faculty, and his colleagues in the Comédie Française Registers Project have digitized over 100 years of theater records to learn more about the intersection of popular culture, politics, and social life during the 17th and 18th centuries. In May, MIT and Harvard co-hosted a global conference on the subject.
Interview | Comédie Française Registers Project

LINGUISTICS
Why children confuse simple words
Imagine, for a moment that you are a parent trying to limit how much dessert your young children can eat. "You can have cake or ice cream," you say. But your children continue to insist on having both cake and ice cream. It may well be because they are confusing “or” with “and.”  What seems like a clear restriction to an adult can sound, to a child, like an invitation to “Have both!” A study by MIT linguists Danny Fox and Kenneth Wexler shows why kids have the “and/or” confusion despite sophisticated reasoning.
Story by Peter Dizikes at MIT News

"I would like the book to inspire discussion about broader cultural attitudes toward science and technology. We’re living through a remarkably challenging period today about the place of scientific expertise in policy debates."

A group of MIT students briefly put away their cell phones this spring to concentrate on a much older information storage and retrieval device: the book. As students built a handset printing press — the kind of press on which the documents of the Renaissance, the Reformation, and the Scientific Revolution were printed — they also gained insight into human systems.
Story by SHASS Communications | Video by Melanie Gonick, MIT News 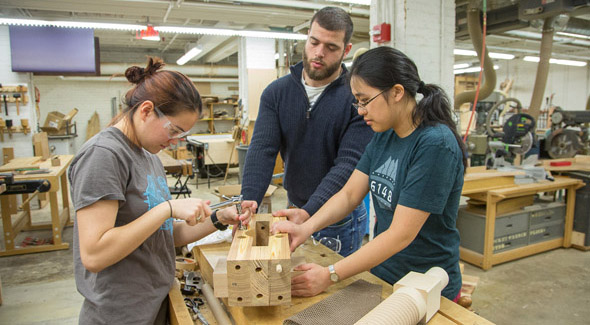 "The past is an excellent laboratory from which to learn things about humanity and human systems. This empathy and broader perspective is an essential quality for doing great 21st century science and engineering."

WOMENS AND GENDER STUDIES
Helen Elaine Lee receives 2016 Faculty Ambassador Award
Lee, Professor of Writing and the Head of Women's and Gender Studies, received the award at the annual Multicultural Awards Banquet, a ceremony that recognizes members of the MIT community who go above and beyond in areas of diversity and inclusion.
About | Helen Elaine Lee webpage 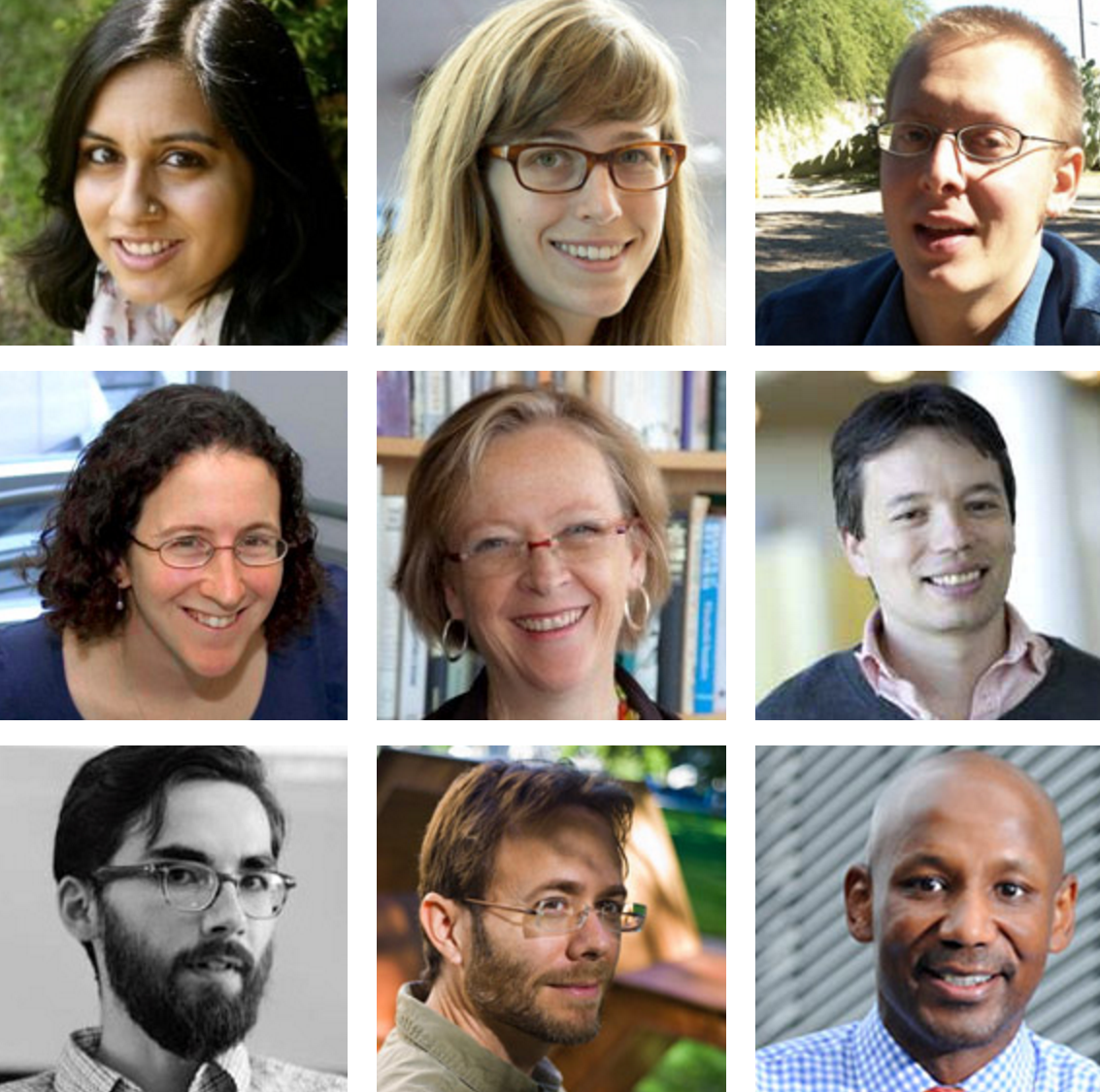 
GLOBAL STUDIES AND LANGUAGES
Margarita Ribas Groeger honored with MAP Mentor of the Year award
The award, given by MIT’s Mentor Advocate Partnership Program of the Office of Minority Education, was presented at the MAP/EMAP End of Year Celebration. Groeger is Senior Lecturer in Spanish, and directs the Spanish Language program at MIT.
Groeger website | GSL website


POLITICAL SCIENCE
Graduate student Mark Bell receives Best Paper Award at APSA
Bell's “What Do Nuclear Weapons Offer States? A Theory of State Foreign Policy Response to Nuclear Acquisition” is the co-recipient of the award for the best paper presented by a graduate student in a foreign policy panel at the American Political Science Association meeting.
About | APSA website

SCIENCE, TECHNOLOGY, AND SOCIETY
MIT SHASS alum Sheila Xu ’14 awarded Fulbright grant for international research
Xu, who graduated from MIT in 2014 with a BS in Science, Technology, and Society (STS), and Earth, Atmospheric, and Planetary Sciences, has received a U.S. Fulbright Student grant to Italy in Deafness Studies. In addition, seven MIT graduates and one undergraduate received Fulbright grants.
Story

MIT Campaign for a Better World
"Humanity faces urgent challenges — challenges whose solutions depend on marrying advanced technical and scientific capabilities with a deep understanding of the world’s political, cultural, and economic complexities." — L. Rafael Reif, President of MIT
Join Us 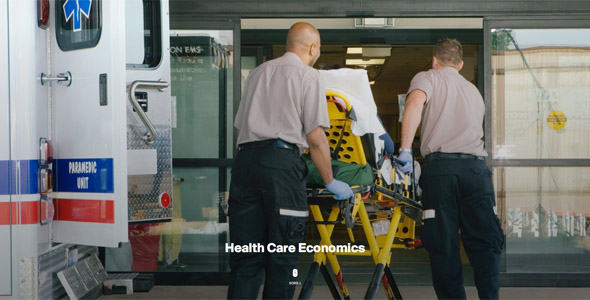 Solving the economic, cultural, and political dimensions of major global challenges
The ongoing Human Factor series from MIT SHASS highlights research and perspectives on the human dimensions of global challenges. Contributors describe humanities, arts, and social science research that generates social innovation, and share ideas for cultivating the sociotechnical collaborations needed to solve the major issues of our time.
Browse the Series

SHASS In the Media | Summer 2016
For more of the many recent media stories about SHASS research and faculty, visit the complete
In the Media section

HISTORY
Making amends, Georgetown president meets with descendant of slaves | Craig Wilder
In an article on the way universities have begun to respond to their historical ties to slavery, The New York Times quotes MIT historian Craig Wilder, who remarks, “Georgetown has made a decision to recognize the humanity of the problem they’re dealing with, to treat it as more than a public relations problem.” Wilder is the author of Ebony and Ivy: Race, Slavery, and the Troubled History of America’s Universities (Bloomsbury Press, 2013).
Story at The New York Times | About Ebony and Ivy


CENTER FOR CIVIC MEDIA | CMS + MEDIA LAB
The perils of using technology to solve other people's problems | Ethan Zuckerman
"It’s rare that technology provides a robust solution to a social problem by itself. Successful technological approaches to solving social problems usually require changes in laws and norms, as well as market incentives to make change at scale."
Commentary at The Atlantic

ECONOMICS AND MANUFACTURING
What the 2016 U.S. election is really about | David Autor
Is globalization the underlying issue being debated through the U.S. Presidential election? NYU’s Edward Golberg cites research by MIT economist David Autor indicating that the U.S. job slide began well before China's rise as a manufacturing power. The phenomenon is driven by technology.
Story at the Huffington Post

COMPARATIVE MEDIA STUDIES + MEDIA LAB
Public monitoring by citizens
Ethan Zuckerman, the director of the MIT Center for Civic Media, discusses the importance of public monitoring to hold institutions accountable for wrongdoing, a practice that benefits enormously from new technologies.
Story at The Atlantic

ECONOMICS AND VOTER ANGER
In wake of Brexit, addressing voter anger
MIT economist David Autor, cited in this article, notes "that trade boosterism has actually in some ways been the enemy of trade policy and a mature conversation that recognizes that these costs are real, that we should recognize the benefits of trade and recognize that certain individuals are going to be worst off, and then develop policy that helps mitigate those adverse impacts. That's much more effective, more palatable in the long run than simply saying, It's good for you, everyone benefits. That's not true.”
Article at the Wall Street Journal 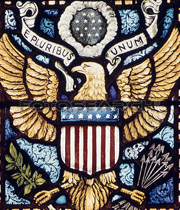 MIT champions the power of STEM + SHASS fields, both for research and for educating great engineers, scientists, scholars, and citizens.

Making a better world — Generating solutions for the great challenges of our age requires both advanced technical and scientific knowledge and a deep understanding of the world's human complexities. MIT-SHASS researches and advances the cultural, political, and economic dimensions of innovation — the broad range of human realities, from deeply-felt cultural traditions to building codes to political tensions, in which science and technology issues are embedded.

Education that empowers — The School teaches every MIT undergraduate, empowering students with cultural and historical perspectives, and critical thinking and communication skills — to help them serve the world wisely and well. The School's seven graduate programs are all recognized as among the finest in the world. 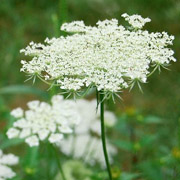