September 2014 Edition
Published by the Office of the Dean
MIT School of Humanities, Arts, and Social Sciences

"I'm grateful for the blessing of attending an engineering
school whose humanities departments are as excellent as
they are expansive, a school where it's totally plausible to
be an EECS/Theater double-major, and a school whose
Comparative Media Studies (CMS) program sits at the
forefront of the field."

LINGUISTICS
Steriade elected a Fellow of the Linguistic Society of America
The honor recognizes a lifetime of accomplishment and intellectual leadership. MIT Professor of Linguistics Donca Steriade is the fifth member of the MIT faculty to be named an LSA Fellow, joining her colleagues Irene Heim and David Pesetsky and Institute Professors emeritus Morris Halle and Noam Chomsky. Of the 110 LSA Fellows named since the honor was initiated in 2006, 30—slightly more than a quarter—are MIT PhDs.
Announcement | Story on Steriade and Morris Halle, by Peter Dizikes at MIT News


POLITICAL SCIENCE
Lieberman receives 2014 David Collier Award
Evan Lieberman is the Total Chair on Contemporary Africa and Professor of Political Science. He conducts research in the field of comparative politics, with a focus on development in sub-Saharan Africa.
Announcement | Lieberman webpage

ECONOMICS | REDUCING INEQUALITY
Making the case for Keynes | Peter Temin
Temin's new book explains how the ideas of John Maynard Keynes relate to today's global economy, and makes the case that Keynesian deficit spending by governments is necessary to reignite the levels of growth that Europe and the world had come to expect prior to the economic downturn of 2008.
Story by Peter Dizikes at MIT News

POLITICAL SCIENCE
Study shows that city politicians do adapt to voters | Chris Warshaw
Urban politicians in the U.S. are responsive to voters’ views, regardless of the form of government.
Story by Peter Dizikes at MIT News 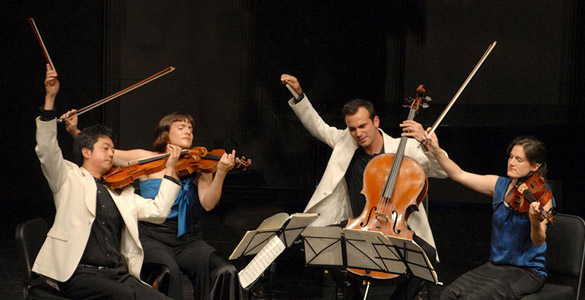 During a two-year residency at MIT, the chamber music ensemble Jupiter Quartet is performing Beethoven's foundational String Quartets — a rare opportunity for audiences to experience the whole cycle, which charts the growth of Beethoven's vision over a lifetime. Formed in 2001, the Jupiter consists of violinists Nelson Lee and Megan Freivogel, violist Liz Freivogel, and cellist Daniel McDonough.

ECONOMICS + GOVERNMENT SERVICE
MIT SHASS Economist Nancy Rose takes position in the DOJ
Expert in regulation and market competition will take leave to spearhead economic analysis for the US Department of Justice.
Story by Peter Dizikes at MIT News


The SHASS Guide to Innovation in Education
This new four-part websection includes a trove of information and resources about teaching innovation in our School. The section is designed for use by SHASS faculty who are thinking about developing a new class, or a new approach in an existing class. Information includes funding sources, guidelines and timelines, awards given, and examples of successful endeavors.

Explore the SHASS Guide to Innovation in Education

HISTORY + ECONOMICS
Tech Lessons from the "Dark Ages"
The so-called "Dark Ages" (476-1000 A.D) generated great technological advances. Wonder why? “Where we find centers of economic activity we see technological advances and vice versa,” says Anne McCants, an economic historian at MIT. “So, shipping technologies are the big story in 7th and 8th century North Sea centers inhabited by Vikings, Friesians and the like...What made all of that trade possible was really significant improvements in boat construction and sailing technology, advances that allowed for both greater cargo tonnages and fewer oarsmen or sailors per vessel.”
Article in Forbes Magazine

HISTORY + MUSIC
Cloudcast on Wilder's Ebony and Ivy, with music by Marvin Gaye
Intelatin produces "Dialogues for a Multicultraul Society with Great Music Included." This audio program features MIT historian Craig Steven Wilder and others discussing his book Ebony and Ivy, accompanied by the music of Marvin Gaye.
Listen (click on first item listed on the program)

INTERNATIONAL ECONOMICS
How should we prioritize United Nation goals?
MIT international economics professor Abhijit Banerjee offers a roadmap: "The United Nations General Assembly has its work cut out. It must balance ambition with practicality. It must devise a tight agenda for the world to collectively strive toward — and remember that more ingredients do not always make the best cake."
Op-Ed in the New York Times

HISTORY OF SCIENCE + PHYSICS
Is time travel possible? What shape is the universe? What's the deal with wormholes?
MIT historian of science and physicist David Kaiser anchors the inaugural "Ask Me Anything" column for Hippo Reads, an academia-centered online magazine.
Column at Hippo Reads + Commentary by Wade Roush at KSJ@MIT blog

Mosaic image, one of the largest ever taken by NASA's Hubble Space Telescope, of the Crab Nebula, a six-light-year-wide expanding remnant of a star's supernova explosion; image courtesy of NASA, ESA, J. Hester and A. Loll, ASU

MUSIC
Ziporyn celebrates stylistic synthesis with MIT concert series
At MIT, where he's been on the faculty since 1990, Professor of Music Evan Ziporyn recently unveiled a new concert series called "Sounding." It's intended to reflect the unconventional aesthetic of the Center for Art, Science & Technology, which he directs.
Story at The Boston Globe

ECONOMICS + US INEQUALITY ISSUES
College Is More Valuable Than Ever, and That's Driving Income Inequality
“The growth of skill differentials among the ‘other 99 percent' is arguably even more consequential than the rise of the 1 percent for the welfare of most citizens,” wrote MIT SHASS economist David Autor in Science magazine.
Story at Bloomberg Business Week

POLITICAL SCIENCE
Strategy, Doctrine, Organizing Principle
MIT Professor of Political Science Barry Posen and Andrew Ross of the Naval War College capture the debate on U.S. intervention in times of crisis in a 50-page article in International Security, the most prestigious outlet in the field for rigorous analysis.
Story at The Huffington Post 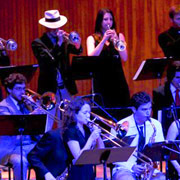