December 2013 Edition
Published by the Office of the Dean
MIT School of Humanities, Arts, and Social Sciences

“J-PAL perfectly expresses MIT’s mission and values — to make the world a better place through service to humanity. Everyone here is concerned with questions of deep moral importance — and that is how to relieve human poverty and the suffering it creates.”


POVERTY ALLEVIATION
A global community gathers at MIT to celebrate J-PAL@10
More than a thousand people dedicated to alleviating global poverty gathered at MIT on December 7, 2013 to celebrate the tenth anniversary of the Abdul Latif Jameel Poverty Action Lab (J-PAL). The power of J-PAL's mission drew people from Brazil, India, Tanzania, Saudi Arabia, Sweden, and many other lands to MIT in wintry December. Established in 2003 as an economics center in the MIT School of Humanities, Arts, and Social Sciences, J-PAL has grown into a global network of researchers who use randomized evaluations to answer critical policy questions in the fight against poverty.
Story 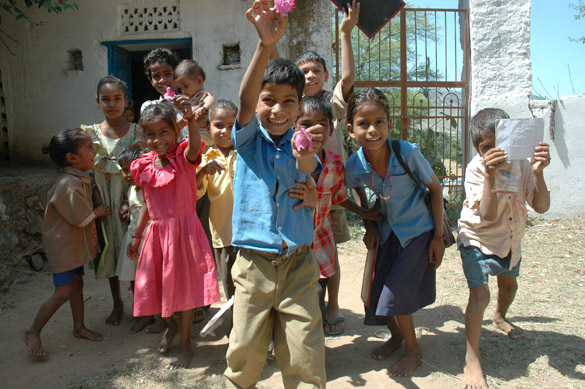 Children participating in a J-PAL evaluation project in India

LINGUISTICS
Wayne O'Neil named as AAAS fellow
Wayne O'Neil, Professor of Linguistics, is among five MIT professors recently named as AAAS fellows — recognized by their peers for efforts to advance science or its applications. O'Neill was cited for distinguished contributions to the history of Germanic languages, and for developing ways of teaching scientific work on language.
Story

SCIENCE, TECHNOLOGY, AND SOCIETY
David Kaiser awarded the Davis Prize from the History of Science Society
The History of Science Society has awarded the Watson and Helen Miles Davis Prize to MIT historian and physicist David Kaiser, for his book How the Hippies Saved Physics: Science, Counterculture, and the Quantum Revival (W. W. Norton, 2011).
More

HISTORY
Kirkus Review names Ebony and Ivy, by Craig Wilder as a best nonfiction book of 2013
Ebony & Ivy: Race, Slavery, and the Troubled History of America's Universities casts a strong light on the deep history of American education with the intention of making us think, matter-of-factly, about race in the larger trajectory of American history.
Story at Kirkus | About the book

SCIENCE, TECHNOLOGY, AND SOCIETY
The Economist names Rosalind Williams' book one of the best of 2013
The Economist has named The Triumph of Human Empire: Verne, Morris and Stevenson at the End of the World (University of Chicago Press), by Rosalind H. Williams, one of the best books of 2013. Williams is the Bern Dibner Professor of the History of Science and Technology in MIT's Program in Science, Technology, and Society.
More

SCIENCE, TECHNOLOGY, AND SOCIETY
The Atlantic names Natasha Dow Schüll's Addiction by Design as a best book of 2013
Atlantic senior editor Alexis Madgiral writes: "Addiction by Design is one of the foundational artifacts for understanding the digital age — a lever, perhaps, to pry ourselves from the grasp of the coercive loops that now surround us."
More

ANTHROPOLOGY
Manduhai Buyandelger receives $25K Levitan Prize in the Humanities
Associate Professor of Anthropology Manduhai Buyandelger has been awarded the 2013 James A. (1945) and Ruth Levitan Prize in the Humanities, a $25,000 research grant that will support her in-depth ethnographic study of parliamentary elections in Mongolia, with specific emphasis on the experience of female candidates.
Story

“Buyandelger explores how people interpret, resist,
and accommodate socio-economic transformations,
both by reviving traditional cultural practices and by
creating new ones.”

SCIENCE, TECHNOLOGY, AND SOCIETY
MIT symposium honors 50th anniversary of The Machine in the Garden by Leo Marx
Leo Marx, Kenan Sahin Professor of American Culture emeritus, wrote The Machine in the Garden: Technology and the Pastoral Ideal in America in 1964, before cell phones, the Internet, and computers became omnipresent in American life. Yet today his work — centered on the divergent tensions nineteenth century authors saw as shaping American life — remains as relevant as ever.
Story "At this point in American history it’s unimaginable to talk

about anything of substance without talking about technology,
the environment, and the American dream. This book was out
in front. It’s about environment and technology before those
two words became defining words of American consciousness."

— Rosalind Williams, Bern Dibner Professor
of the History of Science and Technology

CLIMATE CHANGE
3 Questions | Benjamin Olken on the economic impact of climate change
How is climate change going to affect our economic activity in the future? MIT economist Ben Olken has co-authored a new survey on the burgeoning research about the effects of the changing climate.
Story


PUBLIC ENGAGEMENT WITH SCIENCE
SHASS hosts event with leaders in field of science engagement
Several academic areas within MIT SHASS recently hosted 75 top practitioners from across the field at the "Evolving Culture of Science Engagement" event, a gathering designed to take the measure of the potentials for a new era of science outreach and education. "A sea change is underway in how people learn about science," says Tom Levenson, Director of the MIT Graduate Program in Science Writing. "One of our goals is to ensure that MIT remains on the vanguard of public science education."
Story

POLITICAL SCIENCE | CENTER FOR INTERNATIONAL STUDIES
How do we balance national security and privacy?
At a public forum at MIT this month highly-placed former government officials debated the value of NSA's surveillance and data-gathering programs. Joel Brenner, a former general counsel for the NSA, largely defended an agency whose workers are, he said, “tasked with finding terrorists they don’t yet know about,” and thus in need of copious data. By contrast, Chas Freeman, former U.S. ambassador to Saudi Arabia decried the “cancerous growth of the government surveillance apparatus,” which he described as “only tangentially related to national security.” Much conversation ensued.
Story

POVERTY ACTION
Profile | MIT Senior Jonathan Tebes
MIT senior Jonathan Tebes sees economics as a way to help alleviate poverty in the U.S., Tanzania, and beyond. “It was the economics program that really drew me to MIT,” he says. “The opportunities here are unparalleled in terms of learning economics theory and application.” On travels in Tanzania Tebes, found that "community is the buffer for the negative impacts of poverty. Through the community, people feel valued, protected and supported. That will motivate some of my research: finding ways to harness community to improve lives.”
More

POLITICAL SCIENCE
Ideas Matter panel assesses the benefits/uncertainties of climate engineering
As the human and economic costs of climate change threaten to rise — and with little progress in reducing global carbon emission — some activists, scientists, and politicians are searching for new ways to respond to the global climate crisis.
More

HISTORY
What does the sheep say? | Ritvo
Commentary in Modern Farmer by Harriet Ritvo, MIT Professor of History, whose research explores the understanding of animals in a variety of contexts, from livestock breeding to the imperial hunt, and the role that animals play in the collective consciousness of the United Kingdom. Ritvo's book The Animal Estate: The English and Other Creatures in the Victorian Age, was recently cited as among the 100 most significant books ever published by the Harvard University Press.
Article in Modern Farmer  |  About The Animal Estate

MIT SHASS social media
Great ideas and images will come to you daily.
Take a look 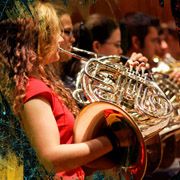