September 2013 Edition
Published by the Office of the Dean
MIT School of Humanities, Arts, and Social Sciences

"24.00x—the first introductory philosophy MOOC at an American university—focuses on a set of general questions for which no consensus exists on how to arrive at right answers. Analytic philosophy gives you a way to think about such questions in a rigorous and organized way. In a very concrete sense, analytic philosophy teaches you life skills—because most of the problems we face in life do not have an instruction manual.”


Welcoming a superb group of scholars | Fall 2013
The School of Humanities, Arts, and Social Sciences is very pleased to present the newest members of our faculty. They come to us with diverse backgrounds and vast knowledge in their areas of research: history of South Asia and South Asian diasporas; comparative politics; French history and visual culture; history of law focusing on slavery, abolition, and the Atlantic revolutionary period; international law; and classical Greek and contemporary rhetorical theory, and comparative media.
Meet our new faculty 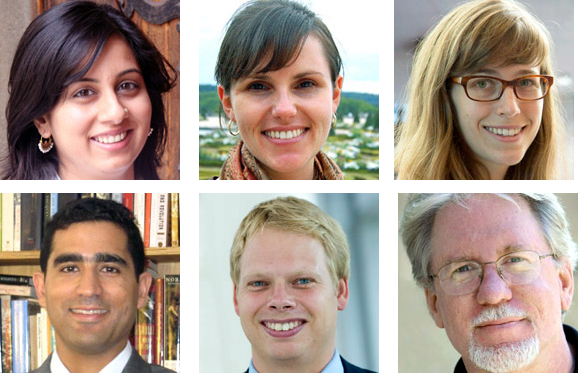 
ECONOMICS
Rethinking investment risk | Alp Simsek
Does financial innovation inherently lead to greater risk in markets? An MIT economist takes a new look at the problem and says it does. A paper published by Simsek makes the case that even in theory, financial innovation does not lower portfolio risk. Instead, it raises portfolio risks by creating situations in which parties sit on opposing sides of deep disagreements about the value of certain investments.
Story


DEVELOPMENT ECONOMICS
What makes anti-poverty programs go viral? | Esther Duflo, Abhijit Banerjee
New research from MIT development economists demonstrates how social networks can effectively promote poverty alleviation programs in poor countries. The economists developed a new measure of social influence that they call “diffusion centrality.” Examining the spread of microfinance programs in rural India, the researchers found that participation in the programs increases by about 11 percentage points when well-connected local residents are the first to gain access to them.
Story


POLITICAL SCIENCE
Empowering women in Afghanistan | Fotini Christia
A new study co-authored by Christia, which assessed Afghanistan’s largest development aid program through a novel field experiment in about 500 villages, shows that women can participate constructively in political decision-making in rural Afghanistan — and realize other civic and economic benefits as a result.
Story

L:  A woman in rural Afghanistan answers questions about the National Solidarity Program
R: A woman participating in a microfinance program in India

COMPARATIVE MEDIA STUDIES / WRITING
Big Game Hunter | T.L. Taylor
Taylor studies the subcultures of online gaming and online e-sports. “I love studying leisure," she says, "because some of the most powerful, critical cultural questions that we grapple with get embodied there in very direct ways."  Moreover, e-sports, like other forms of computer gaming, is very much a business, and one that technology entrepreneurs are currently trying to expand.
Story 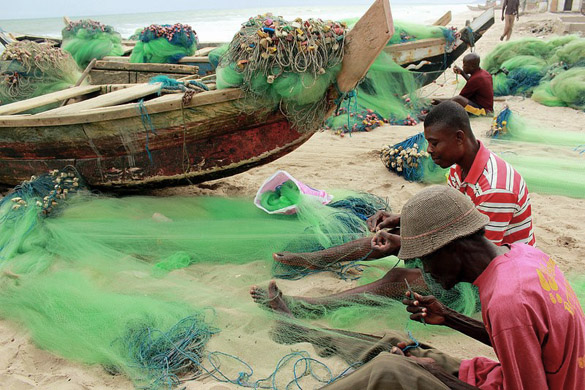 SCIENCE, TECHNOLOGY, AND SOCIETY
Doctoral candidate Alma Steingart to join the Harvard Society of Fellows
Steingart’s work demonstrates how ideas about what counted as legitimate mathematical knowledge were deeply embedded in political, economic, and institutional contexts shaped by science during the Cold War. We think of math as timeless, but just over the course of the twentieth century, what counts as math to mathematicians has changed, sometimes quite significantly.
Story | Steingart webpage


POLITICAL SCIENCE
Gina Bateson wins 2013 Heinz Eulau Award
The award is given for the best article published in the American Political Science Review in the previous calender year. Her article, "Crime Victimization and Political Participation" appeared in the August 2012 edition. Bateson received her award at the APSA Award Luncheon, August 29, 2013.
Read the article | Bateson webpage

HISTORY
3 Questions | Christopher Capozzola on the history of chemical-weapons bans
MIT historian Capozzola discusses the longstanding taboo against chemical weapons, and international attempts to eliminate these weapons: "While the world must respond in some fashion to recent events in Syria, history does not show that the use of chemical weapons has always — or even often — generated a military response. Diplomatic initiatives and economic sanctions remain on the table."
Commentary


PHILOSOPHY
First introductory philosophy MOOC at an American university | Caspar Hare
MIT Philosopher Caspar Hare presents the first introductory philosophy "massive open online course" offered by an American university. In "24.00x, Introduction to Philosophy: God, Knowledge and Consciousness," Hare will lead students through the fundamental questions that underlay our understanding of existence, while grounding them in the basic practices of analytical philosophy.
Story | Video: Introduction to the Course

HISTORY
Path-breaking historian, Pauline Maier, dies at 75
The eminent historian Pauline Maier, a treasured member of the MIT SHASS community for more than thirty years, died August 12 in Cambridge, Massachusetts after a short illness. Her award-winning books cast new light on Revolutionary-era America and the foundations of U.S. democracy, and her dedicated teaching influenced generations of scholars. Responding to the news, Dean Fitzgerald said, "One of the key intellectual figures in her field, Pauline was also a leader at MIT — a great historian and scholar who understood the pulse of the Institute and helped guide and improve our community in profound ways....We will miss her enormously."
Story


LINGUISTICS
M@90 | Workshop to celebrate Morris Halle's 90th birthday
The Department of Linguistics and Philosophy of the Massachusetts Institute of Technology will hold a 2-day workshop on September 20 and 21, on the topic of "Metrical Structure: Stress, Meter and Textsetting," to celebrate the birthday of Professor of Linguistics emeritus Morris Halle.
More


PHILOSOPHY
Philosopher Irving Singer retires after 55 years at MIT
Singer, the author of more than 20 books, has retired after an extraordinary 55 years at the Institute. The MIT Press has honored Singer’s career by establishing “The Irving Singer Library,” and republishing many titles as well as printing others, such as Cinematic Mythmaking: Philosophy in Film (2008) and Modes of Creativity: Philosophical Perspectives (2010).
Story

PHILOSOPHY
Where are the professional women philosophers?  | Sally Haslanger
"Although most philosophers these days are not old men with beards, most professional philosophers are men; in fact, white men. It is a surprise to almost everyone that the percentage of women earning philosophy doctorates is less than in most of the physical sciences. As recently as 2010, philosophy had a lower percentage of women doctorates than math, chemistry and economics. Note, however, that of these fields, philosophy has made the most progress on this count in the past five years."
Commentary at The New York Times


MUSIC
Music at MIT Oral History Project launched
Delve into great stories from MIT's acclaimed musical life and history, via online video interviews and recordings of significant composers, musicians, teachers, students, and scientists. "I’ll characterize MIT and music," says John Corley, founder of the MIT Concert Band, "there’s no substitute for brains... We’re able to do things at MIT that I couldn’t do at a conservatory.”
Visit the site


COMPARATIVE MEDIA STUDIES / WRITING
Junot Diaz interview on WBUR radio
"Listen, we all know attachment is a multifaceted thing. We attach ourselves and have intimacy with our friends, with our family. And, of course, there’s that most difficult one, which is how does one be a good friend to one’s self?"
Interview


SCIENCE, TECHNOLOGY, AND SOCIETY
Why do we love "selfies"?
"It has to me the sense of 'I share, therefore I am,'" says MIT Professor Sherry Turkle.
Story at NBC News 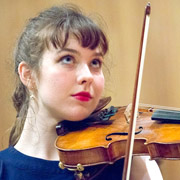