April 2016 Edition
Published by the Office of the Dean
MIT School of Humanities, Arts, and Social Sciences

“We propose that you use the carbon tax in moderation and use research subsidies for clean technology in order to make the transition [to sustainable energy] faster. And on the R&D front, the optimal policy is front-loaded intervention right away.”


MUSIC
John Harbison and friends perform at György Kepes Award Concert
MIT's Killian hall was filled to standing-room-only as Haribson, this year’s recipient of the György Kepes Fellowship Prize, gave a concert, accompanied by his wife, violinist Rose Mary, and a combo of colleagues. The concert included a new Harbison work composed as a tribute to Clarise Snyder, the longtime, incomparable director of the MIT Concert Office.
Review at the Boston Music Intelligencer | Harbison webpage


WRITING
MIT novelist/physicist Alan Lightman receives St. Botolph Club award
Lightman has received the Distinguished Artist Award, established by the St. Botolph Club in 1963 to honor artists who have demonstrated outstanding talent and accomplishment, and who also are recognized for their contributions as teachers, mentors, or advocates.
Story

ECONOMICS
Study reveals huge mortality gap between the rich and poor in the U.S.
In unprecedented geographic detail, a study co-authored by two MIT Economics PhD students, Sarah Abraham and Michael Stepner, shows the lifespan gap to be large and growing rapidly. In the U.S., the richest 1 percent of men live 14.6 years longer on average than the poorest 1 percent of men; among women in those wealth percentiles, the difference is 10.1 years on average.
Story by Peter Dizikes at MIT News | Here and Now interview with Michael Stepner
Related: Interview with Andrea Campbell on health and economic disparity

ECONOMICS
Accelerating the transition to sustainable energy | Daron Acemoglu
Study shows how more R&D funding can accelerate the world energy revolution. Acemoglu and three colleagues present a uniquely detailed model of the dynamics of innovation in the energy industry. They show how supporting clean energy R&D—and not just a carbon tax—might be the best way to help clean energy technologies compete with traditional forms of energy.
Story by Peter Dizikes at MIT News


SCIENCE, TECHNOLOGY, AND SOCIETY
Automation helps us in many ways, but does it steal our sense of self?
What are the implications of automation on our psyches and identities? A group of high-profile scholars and authors explored the issue at “Algorithms, Identity, and Society: The Politics of Information,” an event held before a capacity audience at MIT’s Bartos Theater, and sponsored by the MIT-SHASS Program in Science, Technology, and Society (STS). The event was a part of the 40th anniversary celebration of the MIT STS program, long one of the leaders in the field.
Story at MIT News

“The high cost of health care threatens the well-being of millions of Americans and imposes a great strain on public sector budgets. Understanding how we can improve the quality and efficiency of health care programs is critical, particularly in providing care to the poor.”

POLITICAL SCIENCE
3 Questions: Ben Ross Schneider on Brazil’s crisis moment
As political scandal swirls, are there still signs of progress? "For many Brazilians it’s hard to see the silver lining," said Schneider "because the crisis is so deep, but the bright spot is that the judiciary and the other accountability agencies have been doing their work, uncovering these fraud and corruption schemes."
Interview at MIT News | Schneider website


ECONOMICS
Woes in one industry can harm others, too | Daron Acemoglu
A study co-authored by Acemoglu provides evidence that economic problems may often have smaller points of origin and then spread as part of a network effect. The findings run counter to “real business cycle theory,” which became popular in the 1970s and holds that smaller, industry-specific effects tend to get swamped by larger, economy-wide trends.
Story by Peter Dizikes at MIT News

"This book offers sobering insight into why Brazil has not been the rising economic star of the BRIC that many predicted it would be, but also documents the gains that Brazil has made toward greater equality and stability."

Solving the economic, cultural, and political dimensions of major global challenges
The ongoing Human Factor series from MIT-SHASS highlights research and perspectives on the human dimensions of global challenges. Contributors describe humanities, arts, and social science research that generates social innovation, and share ideas for cultivating the sociotechnical collaborations needed to solve the major issues of our time.
Browse the Series


Human Factor: Focus on disparities to solve healthcare issues
"Any initiative to address health and health-care goals must wrestle with and address the enormous disparities that exist in health coverage, access, and outcomes across racial and income groups in the United States. It’s as if poor or black Americans are living in a different country, and in terms of poverty, health insurance, and health-care access, effectively they are. This is a political and social problem as much as a technical one."
Interview with Political Scientist Andrea Campbell

THEATER ARTS + MEDICINE
MIT senior combines medicine and theater | Abra Shen
Shen majors in theater and in brain and cognitive science. About the influence of her theater study she says, “I really grew as an artist, as a person. I became more open, more confident about sharing my own ideas....Theater has been one of the most influential and important experiences that I've had at MIT.”
Story


POLITICAL SCIENCE
PhD student Justin de Benedictis-Kessner goes local to explain federal level politics
“Lots of things we care about, like accountability, can happen at the local level in a way that would be a big deal if they happened at the national level,” de Benedictis-Kessner explains. “But at the federal level, those things harder to observe. Locally, there are more elected officials, and more elections — they’re happening all the time. Local politics is a great way to study things we care about like partisanship and electoral behavior.”
Profile


NEW J-PAL LECTURE SERIES
J-PAL launches series to showcase groundbreaking research and practice | May 2
The new series, named D²P² — for Data. Decisions. Public Policy — begins May 2 with a talk by Sendhil Mullainathan entitled “The Psychological Lives of the Poor.” The talk features his research on scarcity and its impact on decision-making. Aimed at a diverse audience, D²P² will share lessons from economics research to demonstrate how it informs public policy.
More + Register


MIT celebrates dedication of the Morris and Sophie Chang Building, home of MIT Economics
The Morris and Sophie Chang Building (also known as E52) was formally dedicated on March 3, 2016. Morris Chang, SB ’52, SM ’53, ME ’55, and his wife Sophie, provided a gift that allowed for the building’s restoration and renovation. In addition to the MIT SHASS Department of Economics, the building houses offices for MIT Sloan, and the Samberg Conference Center, named in honor of Arthur Samberg, SB ’62, and his wife Rebecca Samberg.
Story + Photographs 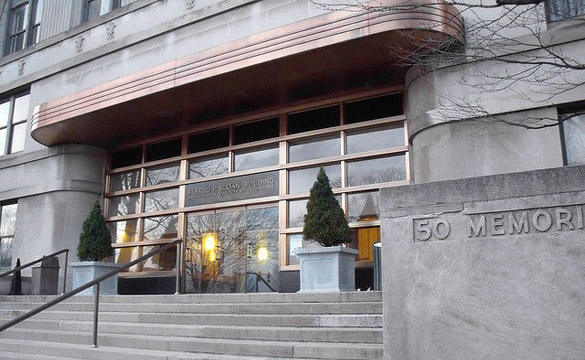 The newly restored and renovated Morris and Sophie Chang Building

SHASS In the Media | April 2016
For more of the many recent media stories about SHASS research and faculty, visit:
In the Media section


HISTORY
Resurgance of debate about the U.S. Selective Service | Christopher Capozzola
Abolish the Selective Service? Or add women to it? Two conflicting bills are in Congress, and the subject has come up in this year's presidential debates.
Interview on Colorado Public Radio

ECONOMICS
The U.S. program to compensate people hurt by trade isn’t effective | David Autor
In an article on the cost of free trade agreements, Bloomberg cites recent research by MIT economist David Autor that reveals “the human price that the U.S. has paid in exchange for low-priced goods from China.“
Story at Bloomberg


WRITING
Junot Díaz is staying put
In an interview with The Boston Globe, MIT Professor of Writing Junot Díaz discusses the presidential primaries. "There’s a long-term tradition of white supremacy in this country. Trump isn’t something entirely new.”
Story

POLITICAL SCIENCE
The fear of long lines keeps election officials up at night | Charles Stewart III
MIT political scientist Charles Stewart “has been helping officials use an online tool that allows them to manage long lines by plugging in a few key variables: ‘how many people are going to show up during a period of time, how long it takes to take care of them on average, and how many places do you have to take care of them.’”
Story at NPR

PHILOSOPHY
How philosophy influences contemporary science | Scott Soames PhD '76
"Philosophy thrives when enough is known to make progress conceivable, but it remains unachieved because of methodological confusion. Philosophy helps break the impasse by articulating new questions, posing possible solutions and forging new conceptual tools. Sometimes it does so when sciences are born, as with 17th-century physics and 19th-century biology. But it also does so as they mature. As science advances, there is more, not less, for [philosophy] to do."
Commentary at The Stone, New York Times 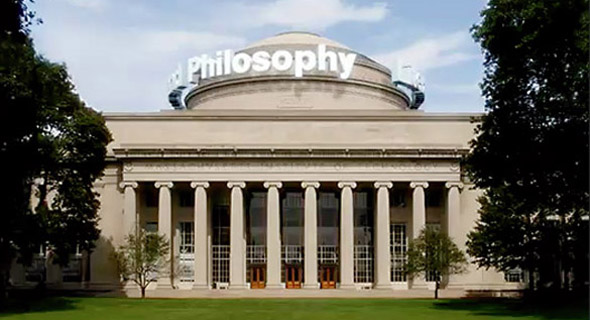 "Philosophy thrives when enough is known to make progress conceivable, but it remains unachieved because of methodological confusion. Philosophy helps break the impasse by articulating new questions, posing possible solutions and forging new conceptual tools. As science advances, there is more, not less, for [philosophy] to do." 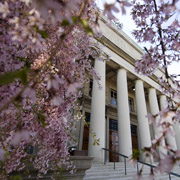