Sally Haslanger receives two major awards in philosophy
Professor of Philosophy, Sally Haslanger, a scholar widely respected for her work on the metaphysics of gender and race, has received highest honors from two prestigious associations in philosophy. She has been named the 2011 Carus Lecturer, an honor presented bi-annually by the American Philosophical Association (APA), and she has been selected Distinguished Woman Philosopher of 2010 by the Society for Women in Philosophy.
More


David Jones receives Harvard Medical School's Prize for Excellence in Teaching
David S. Jones, M.D., Associate Professor of the History and Culture of Science and Technology in the Program in Science, Technology, and Society, has received the 2010 Donald O’Hara Faculty Prize for Excellence in Teaching from Harvard Medical School.
More

Interdisciplinary
Global water issues call on humanities and social science research
Solving the issues involved in providing enough clean water for the world calls on a wide spectrum of academic expertise, and collaborations among the humanities, social science, architecture and planning, science, management, and engineering disciplines. “Access to water engages issues of politics, economics, and public health, and in many cases these kinds of problems are more challenging than the technical ones,” said Harriet Ritvo, the Arthur J. Conner Professor of History. In MIT Spectrum, President Hockfield notes that the challenge of securing enough clean water for the world is "a challenge perfectly suited to the fluid interdisciplinary strengths of MIT."
Learn more

Mary Grenham | Administrative Officer | Department of Linguistics and Philosophy
Grenham is known among her colleagues as a generous, hands-on participant in staff committees and department projects. She says, “I like nothing better than to roll up my sleeves and pitch in. I like being part of the solution.”
More

Dr. Bette Davis | Director, HASS Education Office
For two decades, Dr. Bette Davis, as director of the HASS Education Office, has helped the Institute administer its undergraduate requirement for courses in the humanities, arts, and social sciences. As we celebrate Bette's profound contributions to the lives of thousands of MIT students, here is a profile of the woman who is fondly called "The HASSologist."
More

Three Questions: Jim Walsh on the Korean standoff
An MIT international security expert discusses the escalating tensions between North Korea and South Korea, and the possibility of repairing relations.
Story by Peter Dizikes at MIT News

Introducing the Department of Play
Researchers with MIT's Center for Future Civic Media develop ways to use play to engage youth in their communities.
Story by Andrew Whitacre at MIT News


Agustín Rayo appointed as Housemaster for Senior House
Dean for Student Life Costantino Colombo has announced that Agustín Rayo PhD ’01, an Associate Professor in the Department of Linguistics and Philosophy, has been appointed as Housemaster for Senior House. “Agustín has tremendous enthusiasm for being at MIT,” Colombo said. “He will be a wonderful leader and mentor for our students.”
Full story at MIT News 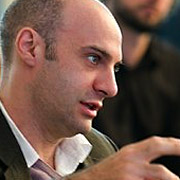 Tom Pettitt on the Gutenberg Parenthesis
Hosted by James Paradis with respondent Peter Donaldson
Should we view the last 500 years of Western culture as a strange interlude, defined by the printed page and other artifacts that once dominated the landscape but are now fading in relevance? In this forum, Thomas Pettitt makes the case for a Gutenberg “Parenthesis”—a period marked by the reign of the printing press and isolated from the largely oral culture that came before, and the digitally shaped culture emerging today.
Watch


Find Us On Facebook
Great Fans Change the World 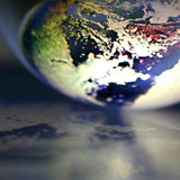