June 2015 Edition
Published by the Office of the Dean
MIT School of Humanities, Arts, and Social Sciences

“To tackle our global challenges — from water and food scarcity and climate change to digital learning, innovation, and human health — we need ambitious new answers from science and engineering. But because these challenges are rooted in culture, economics, and politics, meaningful solutions must reflect the wisdom of these domains, too.” The School is delighted to announce that political scientist Melissa Nobles has been named the new dean of MIT’s School of Humanities, Arts, and Social Sciences, effective July 1, 2015. Nobles succeeds Deborah K. Fitzgerald, a historian of technology who is stepping down after serving as the dean of MIT SHASS for nine years.

The Arthur and Ruth Sloan Professor of Political Science and head of MIT’s Department of Political Science since 2013, Nobles is an accomplished scholar who has been a member of the MIT faculty since 1995. In addition to her role as department head, Nobles has served on a series of Institute-wide committees over the last decade.

Announcing the appointment, Provost Martin Schmidt said Nobles “has distinguished herself as a scholar in MIT’s best problem-solving tradition, living out her department’s commitment to ‘rigor and relevance’ through pioneering research on global questions of racial and ethnic politics and justice.”

Commenting on her new role, Nobles said she sees the research and teaching within SHASS as integral to all of MIT’s work, noting that the great challenges the Institute tackles all exist within social, political, cultural, and economic contexts — the focus of MIT's SHASS research. Of Nobles's perspective, MIT President Rafael Reif said, “We are fortunate that she will bring to the deanship such an expansive worldview.”


Bravo 2015 MIT Graduates and Families!
SHASS teaches every MIT undergraduate and we are very proud of the achievements of the Class of 2015! For celebrating Commencement this week, here is a great jazz version of MIT's unoffical official song, arranged by composer John Harbison, and performed by MIT student musicians.

Listen to "In Praise of MIT"
Opens quietly, then...

“The intersection of the humanities, arts, and social sciences, with science, math, engineering, and technology is a sweet spot at MIT.”


LINGUISTICS
Searching for the building blocks of language | Donca Steriade
The most comprehensive survey of rhyme ever made reveals a new possibility for one of the essential units of language.
Story by SHASS Communications 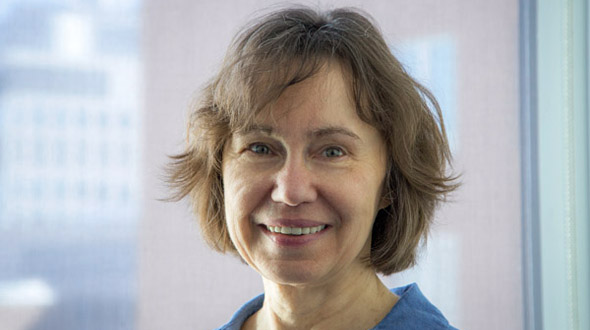 COMPARATIVE MEDIA STUDIES/WRITING
Identity, immigrant rights, and belonging | Vivek Bald
“In the thirteen years since 9/11, xenophobia, Islamophobia, and acts of anti-South Asian, anti-Sikh, and anti-Muslim violence have remained consistently high. Given such stakes, it is important that we understand the longer history of denigration and celebration—of phobias and philias—that has defined the experiences of South Asians in the United States.”
Essay at Dissent

POLITICAL SCIENCE
Culture clash |  John Tirman
Tirman's new book, Dream Chasers, explores fierce debates over immigration. “The way the reaction to illegal immigration has manifested indicates … that the resistance is mainly one of cultural difference and exclusion … rather than economics or politics,” writes Tirman. Polling, he notes, shows that a majority of Americans now seem amenable to reforms.
Story at MIT News

A man walks past a political banner in Guanghua Li that reads, "Patriotism Innovation Inclusiveness Virtue," in Chinese and English.

SCIENCE WRITING
3 Questions: Marcia Bartusiak on black holes and the history of science
Bartusiak’s new book explores the winding path of scientific discovery. It is striking that while black holes are a 20th-century scientific discovery, versions of the idea go back to the 18th century. How seriously should we take those earlier ideas?
Interview at MIT News

POLITICAL SCIENCE
Rumors have it | Adam Berinsky
Study finds that trying to correct political myths may only entrench them further. “Rumors are sticky,” says Berinsky, a professor of political science at MIT. “Corrections are difficult, and in some cases can even make the problem worse. Pure repetition, we know from psychology, makes information more powerful.”
Story at MIT News “We are investigating how digital tools can encourage discovery and serendipity in the humanities, with a specific focus on art objects and museum collections.”

Awards  | June 2015
To see more of the many recent awards for the SHASS community, visit the
Said and Done Awards Section

ARTS AT MIT
Mellon makes $1.5 million grant MIT's Center for Art, Science and Technology
CAST HAS received a $1.5 million grant from the Andrew W. Mellon Foundation, bringing the foundation's total support for CAST to $3 million, among the largest gifts received by the arts at MIT.
Story by Arts at MIT

ECONOMICS
Economist Jim Poterba elected to the National Academy of Sciences
Bowring, Mrowka, and Seager named, along with Poterba, for “distinguished” research.
Story at MIT News

How can we convey the story about climate change?
Meet five MIT KSJ colleagues and one oak tree.
Story + Video “Forests have long supported our progress as a species…and acted as beacons when our civilizations fall out of balance.”

SHASS In the Media  | June 2015
For more of the many recent media stories about SHASS research and faculty, visit the
Said and Done In the Media Section

MIT MUSIC
MIT Music produces "one of the most innovative recordings of the year"
The Boston Globe reports on the “Infinite Winds” recording. Featuring the MIT Wind & Festival Jazz ensembles, it is the first MIT music production to be released on a major jazz label.
Story | Listen + About

At the time Dean Fitzgerald announced she would be stepping down, MIT President Rafael Reif wrote that “Deborah has been a tremendous leader for SHASS and an influential advocate for the humanities, arts, and social sciences well beyond our campus. She understands that no matter how rigorously we educate our students in science and engineering, it is when we teach them about human culture and complexity that we truly equip them to change the world. For me personally, she has also been a wonderful colleague and counselor — wise, clear, candid, forward-looking, and deeply in tune with MIT."

From the School: Warmest thanks and hearfelt best wishes to Dean Deborah Fitzgerald as she embarks on a much-deserved sabbatical, with time to resume her own scholarship. Here is the label for one item in a set of "canned goods" that her admiring staff and MIT President Reif presented to Fitzgerald as "supplies" she might need for a great sabbatical year and for her next adventures in research! 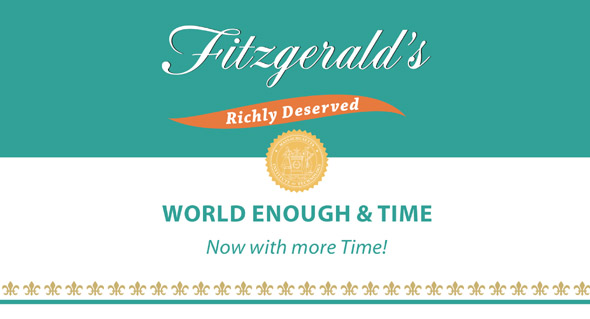